Blues exploring the possibility of hosting the Stanley Cup Playoffs

"I’ve interviewed people within the league who think the Blues do as good of a job as anybody, any team in the league with hosting these types of events." 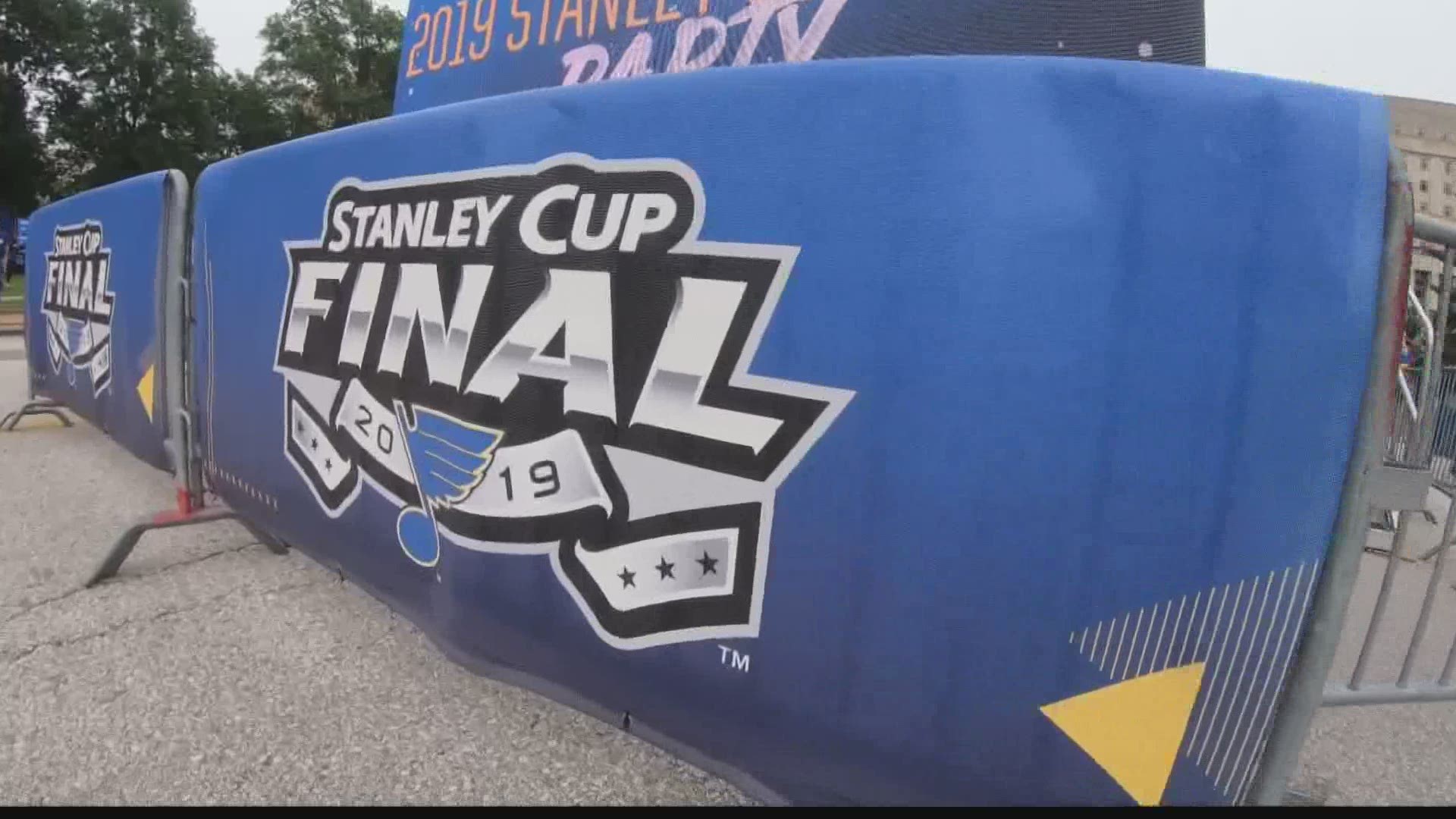 ST. LOUIS — From the Winter Classic to the Stanley Cup, to All-Star weekend, St. Louis has shown it can hold its own when it comes to hosting major sporting events.

That’s why when the NHL thinks of four cities to host the remainder of the regular season and Stanley Cup Playoffs, St. Louis is in the mix, said The Athletic senior writer Jeremy Rutherford.

“I’ve interviewed people within the league who think the Blues do as good a job as anybody, any team in the league with hosting these types of events,” said Rutherford.

RELATED: 5 On Your Side to air 4 St. Louis Blues Stanley Cup specials in May

He also said the NHL is looking for cities that can hold multiple teams at multiple facilities, and with Centene Community Ice Center, the Mills and Maryville University’s hockey rink, St. Louis also checks that box.

“I think that’s got to be a big appeal, you're talking about an $80 million practice facility that has three indoor sheets of ice and an outdoor one,” Rutherford said. “They’re going to be looking for the opportunity for a number of teams to get on the ice and practice. You also have to factor this equation is the renovations done at Enterprise Center, it's a tremendous building now.”

But Rutherford said it’s a lot more than just facilities St. Louis must contend with, the city also also has to be prepared for the high demand in hotel accommodations.

"Just listening to some of the other NHL writers that come to town, they believe that St. Louis does have enough hotel accommodations to suit what the league would be looking for there," Rutherford said.

SPORTS PLUS PODCAST: Diving into the Cardinals countdown, excitement for ‘The Last Dance’ and viewer questions

But there's still one big obstacle St. Louis would have to overcome.

“There’s going to be anywhere from 15 to 20 cities that are interested in bringing the NHL playoffs to their city,” Rutherford said.

While the competition and sales pitches pick up, Rutherford said the NHL is still factoring a multitude of things, such as COVID-19 hot spots, testing for teams and so on, which ultimately means a decision on these host cities won’t come for a while.

“I still think that we’re weeks, you know, perhaps maybe a month away from something like that,” Rutherford said.