Blues eager to restart another run after '20 disappointment

"We’re looking at this year to rebound and to come back and prove to the hockey world again that we’re elite." - Captain Ryan O'Reilly 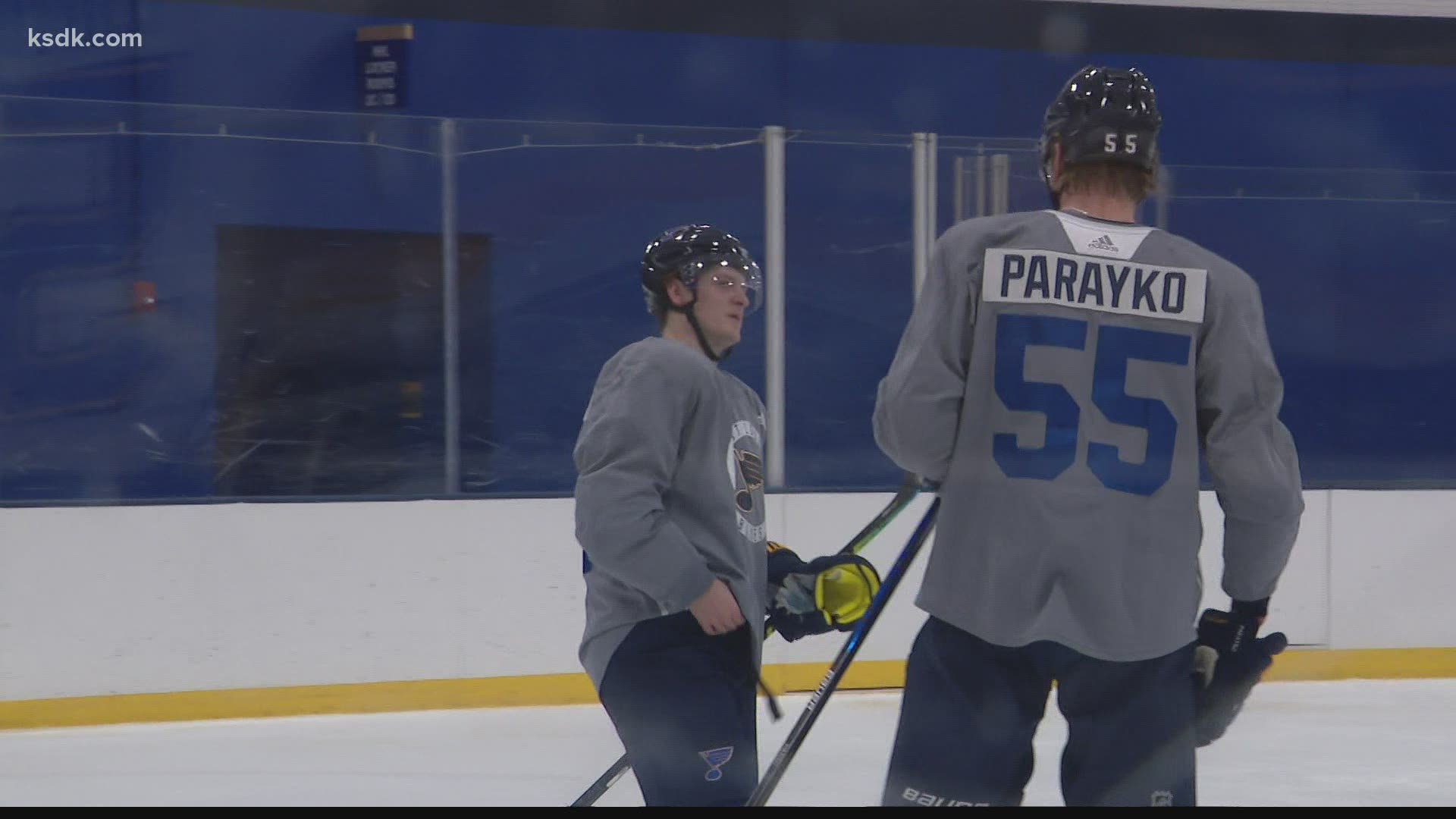 ST. LOUIS — New St. Louis Blues captain Ryan O’Reilly would like to rid himself of the bitter taste in his mouth.

So would his teammates.

The Blues’ defense of their first Stanley Cup championship came to an unceremonious end, losing in the first round of the NHL playoff bubble to the Vancouver Canucks in five games.

“This season’s going to be uncomfortable in a lot areas, but we’re using that as motivation,” O’Reilly said. “We’re a very good team and we should have went a lot farther than we did. And we’re looking at this year to rebound and to come back and prove to the hockey world again that we’re elite.”

The Blues amassed a Western Conference-high 94 points in 71 games before the league was shut down last March by the pandemic. The team never found that form when games resumed.

“Sting is the word,” Blues forward Brayden Schenn said. “I think when you realize that you have a team to win and compete for the Cup, it only happens so many times in your career, so you don’t want to give up those chances year after year.”

Any road to another title will be much different for the Blues this season. St. Louis was placed in the West Division as the NHL made temporary adjustments to limit travel and contact during a 56-game regular season for each team.

That means longer trips, later start times, two-game series and the temporary halt to longstanding rivalries such as the one with the Chicago Blackhawks.

“It can be some long flights, but it is what it is and it’s something that we have to deal with,” O’Reilly said. “I think our group, we get along very good.”

The Blues will have to do it without standout defenseman and former captain Alex Pietrangelo, who signed with Vegas as an unrestricted free agent. Add in the absence of Jay Bouwmeester, who collapsed in a game in Anaheim on Feb. 11 due to a cardiac episode, and the Blues no longer have two of their top four defensemen from their title run.

St. Louis signed Torey Krug to a seven-year, $45 million contract to shore up the blue line and came to terms with Vince Dunn on a one-year contract extension. The Blues got to know Krug well when they faced his Boston Bruins in the Stanley Cup Final in 2019.

Krug is trying to make the most of an abbreviated training camp with no preseason games to get used to his new defensive partner, Colton Parayko.

“Just the way he makes the game look so easy,” Krug said of Parayko. “He’s so long, he skates so well, two or three strides and he’s up the ice.”

O’Reilly became the 23rd captain in franchise history after Pietrangelo’s departure. The 6-foot-1 forward made an immediate impact after coming to the Blues in a trade with Buffalo two years ago, winning the Selke Trophy in his first season with the Blues before earning the Conn Smythe Trophy as playoff MVP on the way to the championship.

Forward Vladimir Tarasenko played in just 10 games last season before being sidelined with a shoulder injury. He has had three surgeries on the shoulder in three years and is expected to be sidelined at least another month or two.

Tarasenko recently voiced his disappointment at not being named captain over O’Reilly to a Russian media outlet. Will the 29-year-old sniper add a vital offensive piece with his return, or will a disappointed Tarasenko disrupt team chemistry?

“As far as the captaincy thing, I think it shows his passion for and his commitment to St. Louis, his commitment to the organization,” Blues general manager Doug Armstrong said. “That’s a difficult decision, it’s something that we didn’t take lightly, we talked to him about it and so I have no problems with his disappointment.”

The Blues signed forward Mike Hoffman to a professional tryout and are expected to reach a one-year deal with him. Hoffman, a lefthanded shot, has scored 172 goals in 493 career games.

His presence provides depth and options for coach Craig Berube among the team’s top six forwards. O’Reilly, Schenn and David Perron skated on one line and Hoffman was with Jaden Schwartz and Robert Thomas on another as training camp started on Monday.

Jordan Kyrou and Zach Sanford’s roles have consistently increased, and both could see time in the top six and that also isn’t factoring in Tarasenko’s return.

Aside from Krug and Hoffman, the Blues also signed Kyle Clifford to a two-year contract. Clifford was part of the Los Angeles Kings' championship teams and the hope is that had can supply some of the grit lost after Pat Maroon signed with Tampa Bay last year. Fan favorite Alexander Steen announced his retirement in December after spending the final 12 years of his 16-year career with the Blues.

St. Louis opens its season at Colorado on Jan. 13. While many fans feared late start times would become the norm with moving to the West Division, it is an anomaly. Just 10 of the Blues’ 28 road games will start at 8:30 p.m. Central time or later. Late-season series with Colorado, Minnesota and Vegas could impact playoff seeding.