Hung out to dry, Canucks goalie Jacob Markstrom smashed his stick in anger after Schwartz scored. 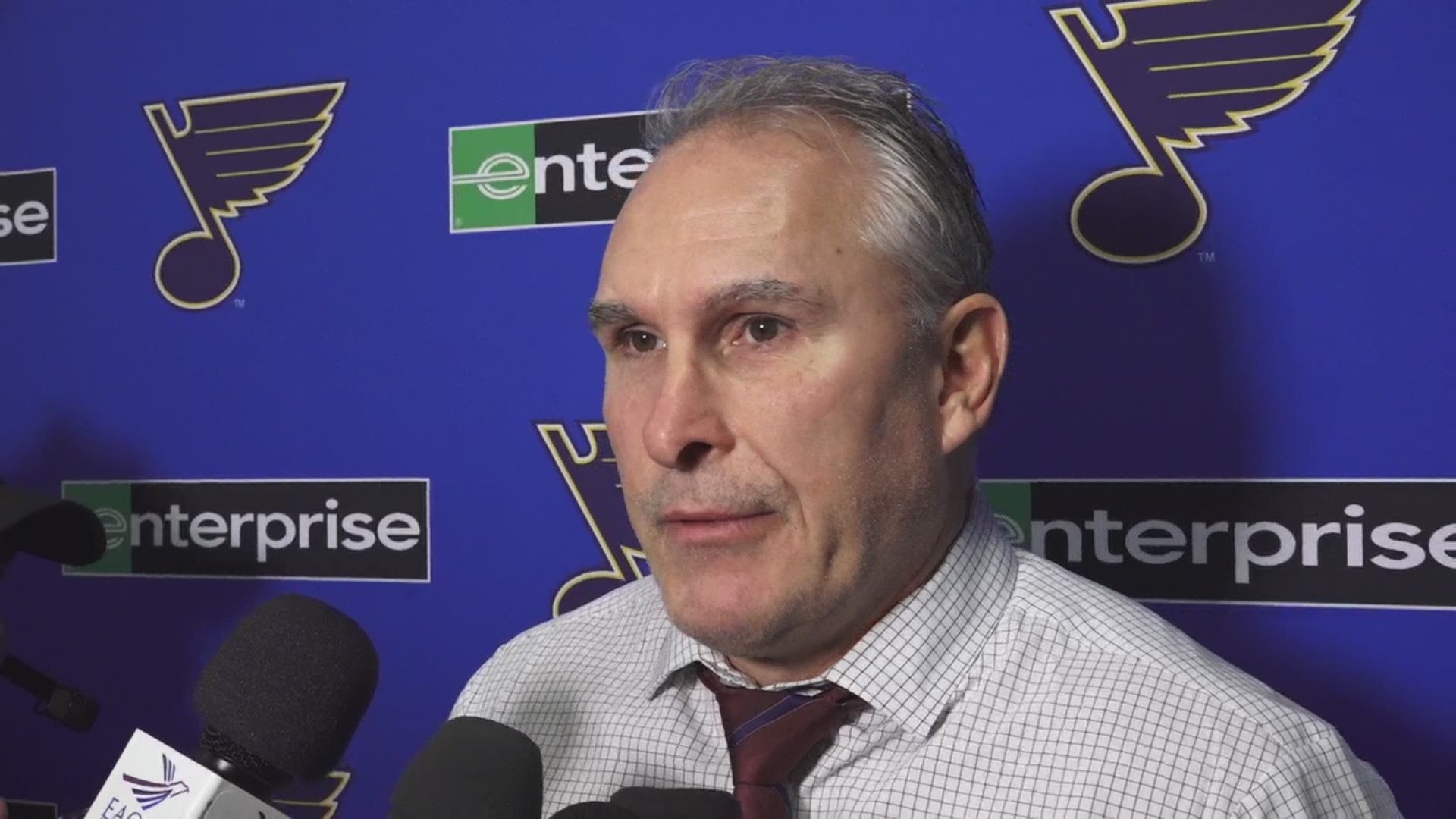 VANCOUVER, BC — As the puck slid up the ice with only St. Louis players in pursuit, Jaden Schwartz found himself in the middle of a situation he'd never experienced before.

He certainly made the most of it.

Schwartz scored on a 3-on-0 break at 3:28 of overtime to give the Blues a 2-1 victory over the Vancouver Canucks on Tuesday night.

"I am not even sure what happened," Schwartz said after netting his second goal of the season. "I was a little surprised."

With the teams playing 3-on-3, Vancouver's Tyler Myers fired a shot that missed wide of the St. Louis net. A pair of Canucks collided in the corner, and the puck went nearly the length of the ice with three Blues chasing.

Schwartz finished off a tic-tac-toe play alongside Alex Pietrangelo and Brayden Schenn.

"You don't really get a lot of 3-on-0 practices," Schwartz said. "You don't want to miss when you have that much time. I knew the goalie didn't know what to do because there was so many of us. I was just in the right place at the right time."

Hung out to dry, Canucks goalie Jacob Markstrom smashed his stick in anger after Schwartz scored.

"Sometimes it can be frustrating when you're playing well and you're doing the right things and you don't get rewarded," Markstrom said.

It was the fifth consecutive victory for the defending Stanley Cup champions, who are 7-1-0 in their past eight games. All five wins in a row have been by one goal — four in overtime, including the last three.

Vancouver rookie defenseman Quinn Hughes tied the game at 1 with 3:35 remaining in the third period. After missing a game with a bruised knee, Hughes sent a fluttering shot from the blue line that went over the shoulder of Blues goaltender Jordan Binnington for his second NHL goal. Elias Pettersson was screening on the play.

Tyler Bozak scored his first goal of the season for the Blues. Binnington made 33 saves and is 6-1-0 in his last seven games.

Bozak said the Blues gained valuable experience during their championship run, which has benefited them in this string of overtime wins.

"Last year kind of helped us in moments like that to not panic and just stick with it and try and play our game," he said. "That's what we've done and luckily we've been on the winning end of them."

Markstrom stopped 25 shots for the Canucks, who are 7-1-3 in the last 11 and have not lost in regulation at home this season.

The game had the feel of a playoff matchup. There were end-to-end rushes and big hits thrown by each team.

"That was a big-boy game," Vancouver coach Travis Green said. "That's a heavy team. They know how to win.

"I thought that game was probably the most physical game we've been in this season. I thought our team handled it very well."

Vancouver had a chance to tie it earlier in the third when David Perron was called for cross-checking defenseman Chris Tanev at 5:44. The Canucks managed just one shot on the power play and finished 0 for 4 with the man advantage, mustering only six shots.

Jake Virtanen also came close in the third when he rang a shot off the post at 7:51. Brandon Sutter had a short-handed breakaway at 10:45 but couldn't beat Binnington.

Bozak's goal came at 3:37 of the second. Sammy Blais made a nice play in the corner, feathering a puck between two Canucks defenders to Bozak, who tucked it past Markstrom.

The first period was scoreless but Vancouver had two great chances. Early on Pettersson turned Brock Boeser's pass into a breakaway that was stopped by Binnington. Later on, J.T. Miller found himself alone in front but couldn't beat the Blues goalie.

Pettersson had another chance in the second. He used his speed to distance himself from a pair of Blues chasing him and ripped a shot that Binnington got a piece of.

"Binner was good, made some nice saves for sure," Blues coach Craig Berube said. "We did a lot of good things offensively, too.

"They are a good hockey team. It was a good game all around."

NOTES: Blues defenseman Jay Bouwmeester played in his 1,200th career game. . Vancouver's win over San Jose on Saturday gave the Canucks 20 points in 14 or fewer games for the fourth time in franchise history. . The Canucks scored 45 goals in October, the third-best total for the month in franchise history. . Referee Ian Walsh was helped off the ice at 3:25 of the first period but was back on to start the second.

Blues: At the Edmonton Oilers on Wednesday night.

Canucks: At the Chicago Blackhawks on Thursday night.