It took less than 24 hours for the streets to return back to normal in St. Louis. 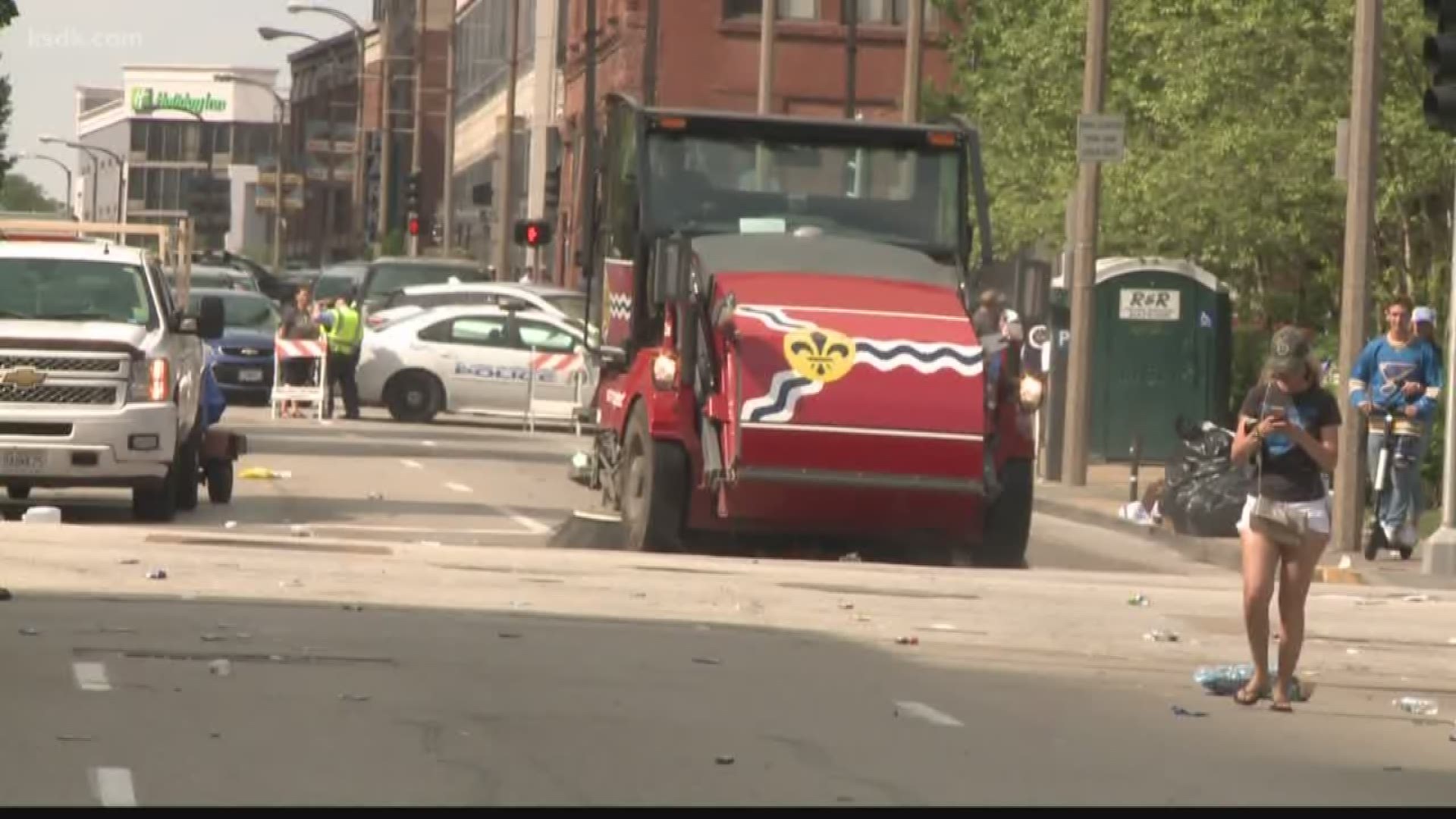 ST. LOUIS — What a difference a day makes.

Hundreds of thousands of people swarmed Downtown St. Louis for the Blues Championship Parade and Rally Saturday. When you have that many people in one place you’d expect them to leave behind piles of trash that could take days to clean up. But that wasn’t the case.

Blues fan Phil Yow watched the parade on TV and couldn't believe how fast crews cleaned up the trash.

"From Union Station all the way down I was surprised it was very clean," Yow said.

The same could be said for the grounds around the Gateway Arch.

"Last night there was bags on bags and overflowing out of the cans," Blues fan Kristina Preuss said. "It was pretty intense for the trash flow. And then today I come out and I'm like I've only seen a can laying somewhere and it made me want to pick it up and put it in the trash and all the trash cans are empty and I could."

Ken Thaller works for Keystone Event Staffing. He was in charge of security at the parade. He said this parade was one-of-a-kind and everyone was on their best behavior.

"I think everything went great," Thaller said. "The people were well behaved. We don't have rowdy people in St. Louis like they do in the east coast."

Those who say St. Louis is a baseball town should have seen what went on downtown. The Blues organization said we no longer have to imagine what a parade down Market Street would look like.

“It was more special than I think anybody in St. Louis could have ever imagined," said Blues broadcaster Chris Kerber. "So for us here is was the best damn parade ever."

RELATED: Sights and sounds from Blues parade and rally

RELATED: Want to relive the entire Blues parade? We've got you covered!

RELATED: How many people went to the Blues Stanley Cup parade and rally? It's tough to tell

RELATED: Tracking the Stanley Cup: where will it go next?

RELATED: The moment Pat Maroon put a baby in the Cup during the Blues parade