These St. Louis Blues still thrive in the clutch

Four OT winners in their last five games? Yeah, these Blues still thrive on the drama of a big moment. 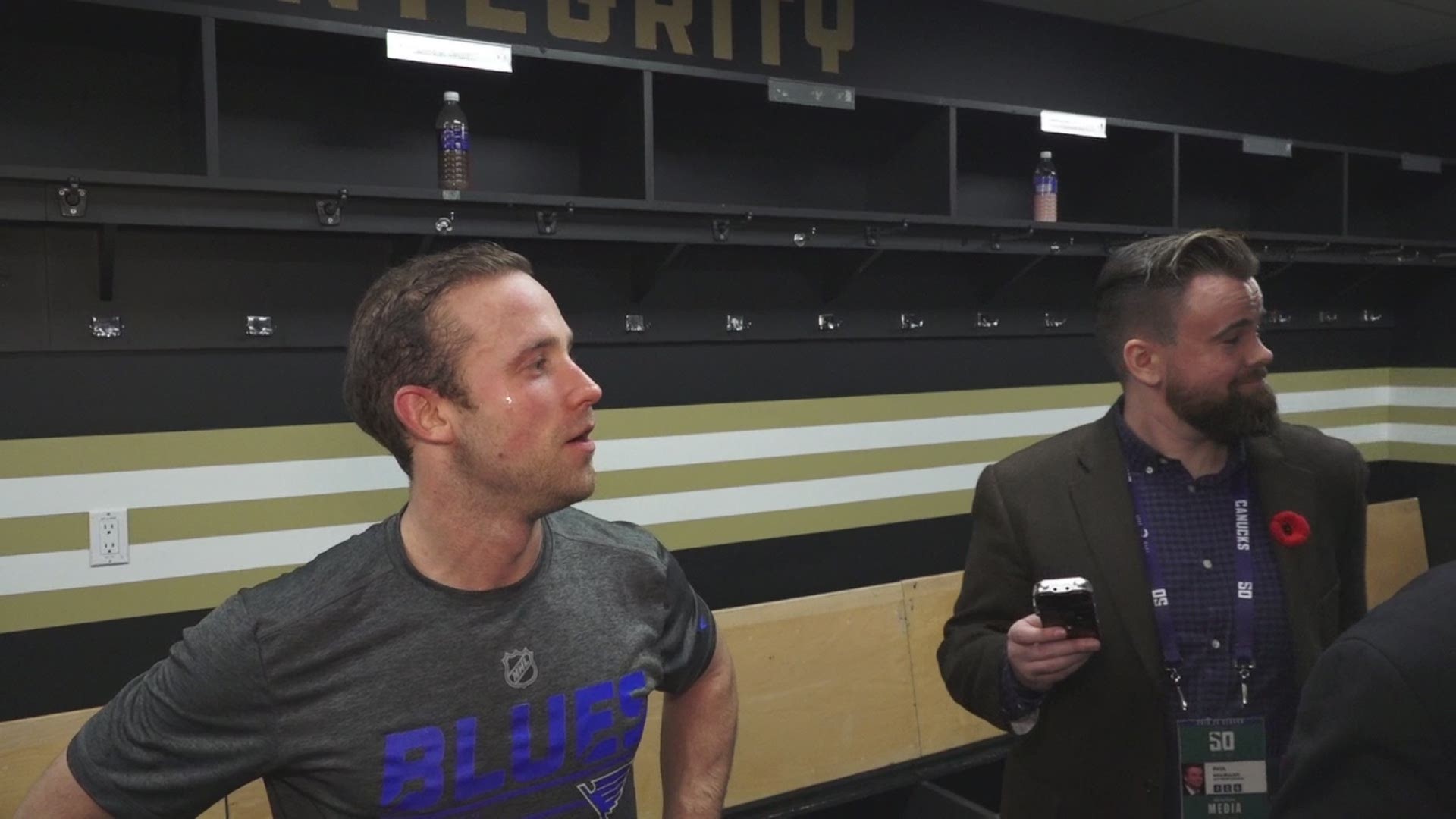 ST. LOUIS — I have a confession. It's been weird watching Blues hockey this season.

After 26 Stanley Cup Playoff games of pure adrenaline and edge-of-your-seat drama, the regular season feels like a scrimmage.

Ok, perhaps that's a bit of an overstatement. But it has felt a bit different overall from the nonstop intensity of last May and June.

But just leave it to the Blues to snap us out of that relaxed funk with the past week and a half. This team still thrives on the drama.

In their last five games, the Blues have gone to overtime four times, and won them all (including three in a row, only the second time that's happened in Blues history). And on this five game winning streak, their only non-OT game was a one goal win over Minnesota.

It's been tight and exciting, and the Blues are thriving.

"It's a grind out there. You play good teams. Every team is battling right now. It's tight hockey," head coach Craig Berube told Blue Note Productions after the OT win in Vancouver. "Right now all the games we're playing are tight games and we're finding ways to win right now in OT."

They're finding ways to win alright, and it's been some familiar heroes riding to the rescue.

In these four OT's in five games, David Perron has two game winners and Stanley Cup playoff standouts Jaden Schwartz and Ryan O'Reilly have the other two.

So far this season, the Blues have shown they still have that Stanley Cup grit from six months ago.

"I think last year kind of helped us with moments like that to not panic and to stick with it and try and play are game and that's what we've done and luckily we've been on the winning end of them," Blues forward Tyler Bozak told Blue Note Productions after the win in Vancouver.

Tuesday's late night win in Vancouver just happened to have one of the weirdest finishes you'll ever see as well. I mean how many times have you seen a 3 on 0 rush against a defenseless goalie?

"I'm not even sure what happened," Jaden Schwartz told Blue Note Productions. "I heard they might have all tripped over each other but I was a little surprised just like we all were that we had a 3 on 0 basically from our own end which you don't see too often."

Now, the Blues are at the top of the Western Conference as they continue their Canadian road trip, with the confidence to come through in the clutch as strong as ever.

Video attached to this story courtesy of Blue Note Productions

RELATED: Perron's wrister is a lethal weapon for Blues