This St. Louis family has many reasons to bleed Blue 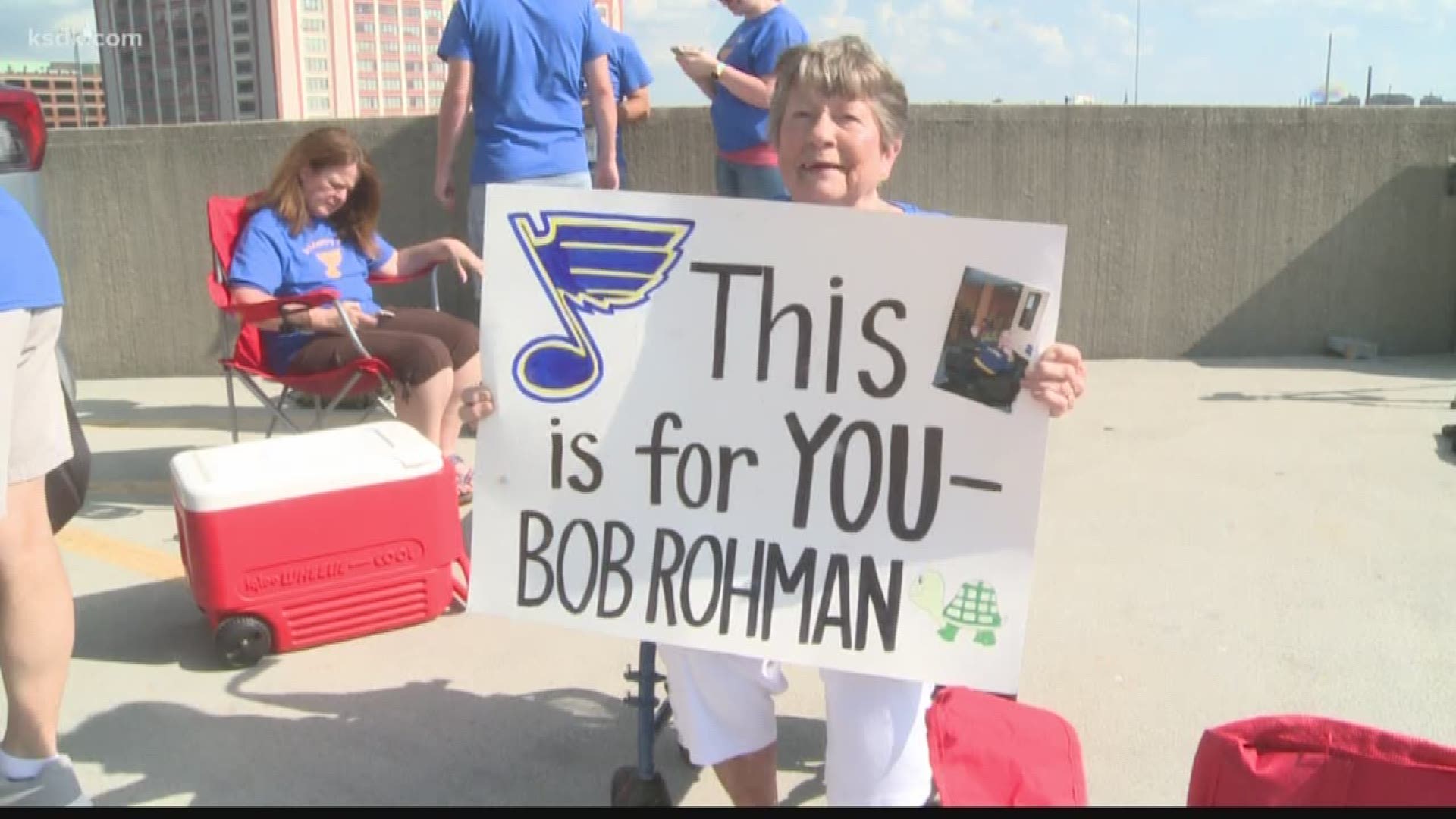 The Rohman family calls it their rooftop bar, but the rest of St. Louis calls it the parking garage next door to the Enterprise Center.

Hours before Game 6 of the Stanley Cup Final, a dozen family members ate, drank, and tailgated at the spot. Like every other Blues fan, they hoped for a Cup-clinching victory.

Madelyn and her late husband Bob Rohman bought their first Blues season tickets in the 1970s.

As Madelyn showed off the cap her husband used to wear to Blues game, complete with numerous collectible hockey pins, she recalled a game 12 years ago.

"We played Ottawa that night. It was a horrible hockey game,” she said.

It may have been forgettable hockey, but it was a night Madelyn will never forget after her late husband felt ill on March 20, 2007.

"When we got up to leave he just said, 'I don't feel good.’ And he sat back down in his seat," said Madelyn.

Bob Rohman died in his seat after watching his beloved Blues. Madelyn said if that's the way it had to happen, that's the way the family would want it.

Bob Rohman's tragic death could have soured his family's love of hockey, but the Blues front office provided some support that still amazes the Rohmans.

"The next home game was a Saturday night and they had a moment of silence," said Oliver.

The Blues invited the family to a morning skate where they met the entire team from the general manager to team captain Dallas Drake.

"He handed me an envelope. A gift from the players with our season tickets for the next year. Every single player came up to us that night and gave me a hug," said Madelyn. "On top of that, they had a small gold plaque made to put on his seat, which now sits at home because they put in new seats."

It's easy to understand why the Rohman's bond with the Blues goes way beyond hockey.