All-Star weekend was a whirlwind in St. Louis. Want to relive it? Well, you're in luck. (And in for some cool stories) 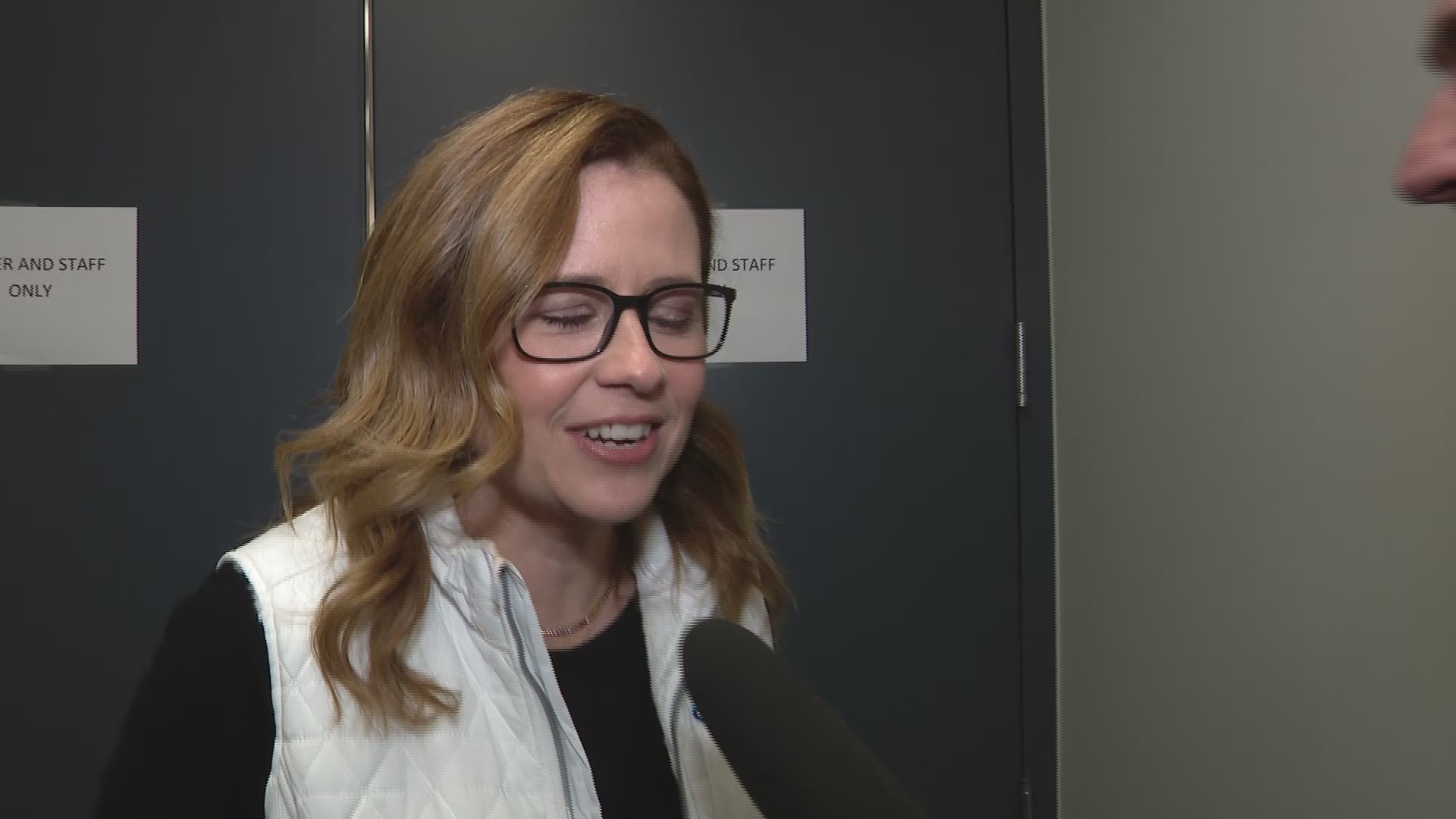 ST. LOUIS — Do you wish you could relive the excitement of 2020 NHL All-Star weekend in St. Louis? Well, you're in luck.

The NHL has put out its "All-Star Game All-Access" mini documentary on social media, and it's chock full of cool moments.

The documentary captures the weekend as a whole but also makes sure to highlight the Blues' All-Stars.

You can take a look at media day through Ryan O'Reilly's eyes, go inside Jordan Binnington's win in the Save Streak at the Skills Challenge, see Jenna Fischer's pregame advice as honorary captain, hear Brett Hull and Wayne Gretzky mic'ed up on the bench and get an inside look at the Tkachuk family's special weekend.

The mini documentary is narrated by St. Louis native and Blues super fan, Jon Hamm, who was also an honorary captain for the All-Star Game.

You can watch the entire mini documentary by clicking here.

The NHL gave us a sneak peek of the mini documentary last week, when they released some of the Brett Hull audio when he was mic'ed up on the bench.

RELATED: You have to hear Brett Hull mic'ed up at the 2020 NHL All-Star Game

Here are some of the highlights from Brett on the bench:

"Not so chirpy now, are ya, Wayne?" - Hull after the Central Division scored against the Pacific Division and their honorary coach, Wayne Gretzky.

"I think someone put flubber on our sticks." - Hull cracking a joke about the bouncing pucks.

"Was it over when Germany bombed Pearl Harbor?" - Hull quoting a classic "Animal House" line and trying to energize his Central Division to a comeback.

RELATED: Blues and Jets set for last match up of the season