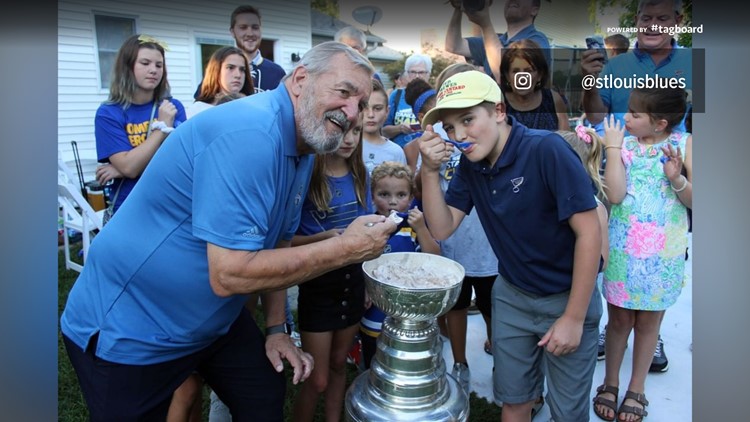 ST. LOUIS — Does it get anymore St. Louis than this? Over Labor Day weekend, Bob Plager ate Ted Drewes out of the Cup.

The Cup first arrived in St. Louis early on June 13. The Stanley Cup has been on a world tour all summer. It made its way back to St. Louis this weekend.

‘If there's anything more St. Louis than Ted Drewes from the Stanley Cup, we don’t know what it is.’ The Blues wrote on Instagram.

The Cup has been on quite the tour this summer.

Over the weekend, Armstrong and Bob Plager poured a drink over Barclay Plager's gravesite.