The National Bobblehead Hall of Fame and Museum will donate $5 from every bobblehead sold. 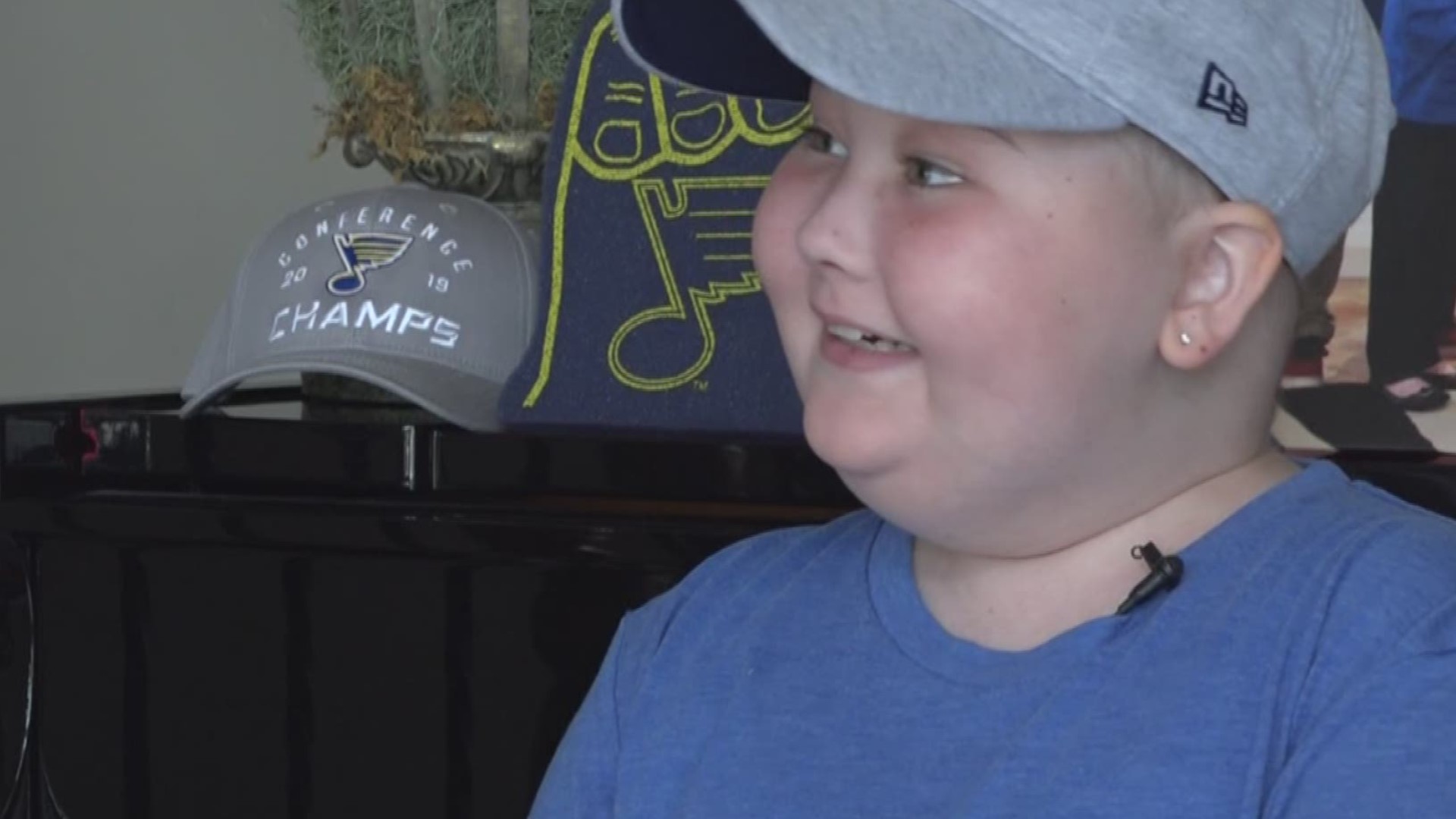 ST. LOUIS – She’s our favorite Blues fan and now she has her own bobblehead.

The 11-year-old has been an inspiration to the Blues, fans and people across the world during the team’s run to the Stanley Cup Final.

The National Bobblehead Hall of Fame and Museum will donate $5 from every bobblehead sold to the St. Louis Children’s Hospital, which is where Laila has been receiving treatment.

The bobblehead features Laila on a hockey-rink base with her signature jean jacket holding a replica of the sign that she held up during a recent playoff game as well as the bell that children at the St. Louis Children’s Hospital ring when they finish their chemotherapy treatment.

The bobbleheads are available for preorder on the National Bobblehead Hall of Fame and Museum’s website. They cost $25 each plus $8 shipping. They’re expected to arrive in October. Click here to purchase

Each bobblehead will be individually numbered and come in a collector’s box with pictures of Laila as well as a bio.

“I’m really excited to be having my own bobblehead, especially since they support such a great cause! Thank you to the St. Louis Blues and to hockey fans everywhere for all the love and support,” Laila said.

The bobbleheads, which are being produced by the National Bobblehead Hall of Fame and Museum, are being created in conjunction with Laila and her family, according to a press release.

"We’re excited to be working with Laila and her family to create this bobblehead for everyone who has been inspired by her story,” said Phil Sklar, Co-Founder and CEO of the National Bobblehead Hall of Fame and Museum. “This bobblehead is the perfect way to celebrate Laila and her inspirational personality, and we think it will put a smile on people’s faces every time they see it!”