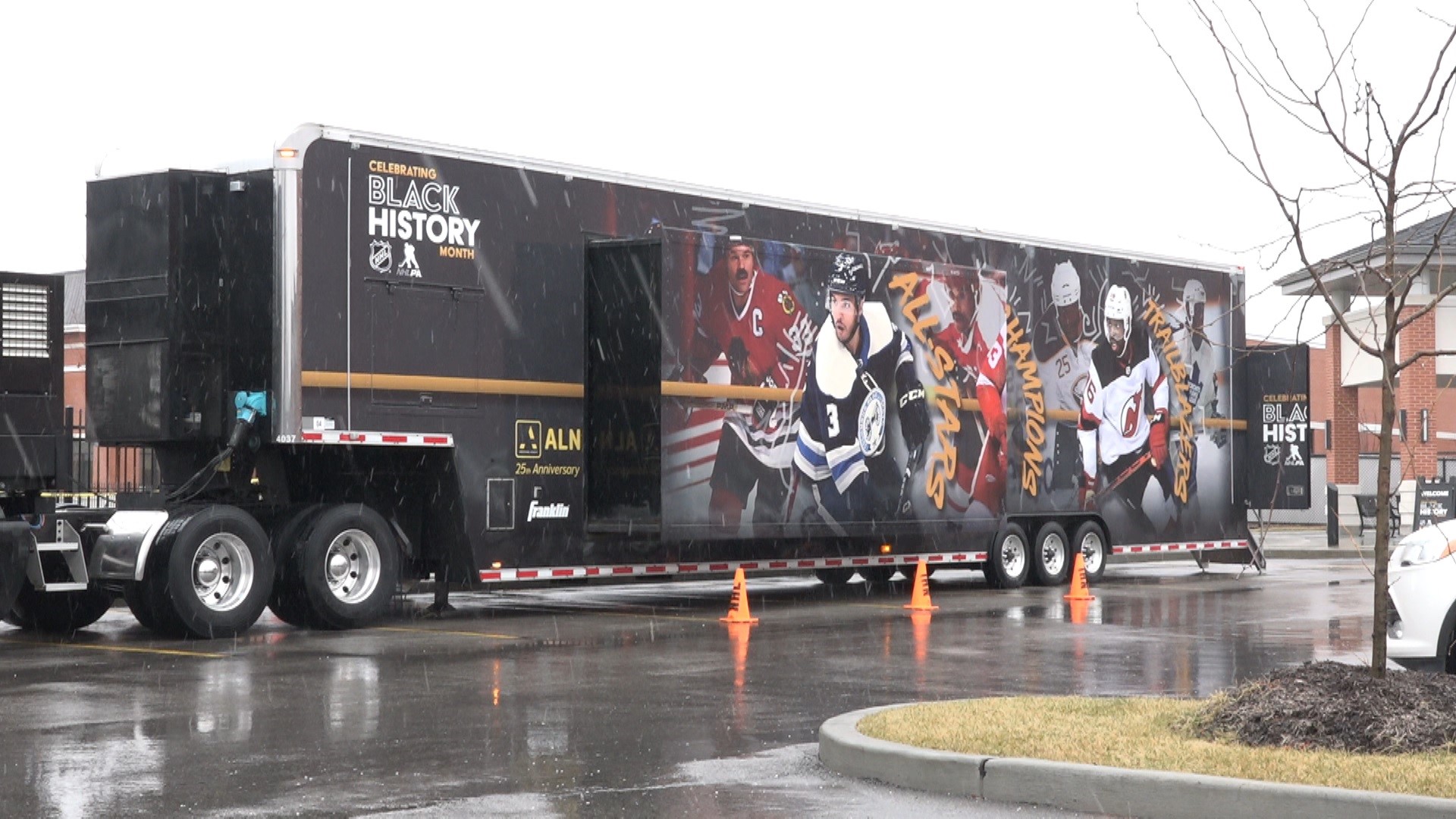 BOSTON — More than 60 years after he broke the NHL's color barrier, Willie O’Ree will soon add another milestone to his career.

The Boston Bruins announced Tuesday that O'Ree will have his No. 22 jersey retired prior to the team's Feb. 18 game against the New Jersey Devils. It will make O’Ree the 12th player in team history to have a sweater hung in TD Garden.

The 85-year-old O’Ree said he was in his backyard Monday when he got the call from Bruins president Cam Neely informing him about the honor.

“I was at a loss for words there for a few seconds,” O'Ree said. “I’m overwhelmed and thrilled about having my Bruins jersey hung up in the rafters.”

He became the league’s first Black player when he suited up for Boston on Jan. 18, 1958, against the Montreal Canadiens. O’Ree, who was legally blind in one eye, played two seasons for the Bruins, retiring from professional hockey in 1979.

🎥 Willie O'Ree reacts to the news that his No. 22 will be the 12th #NHLBruins number raised to the rafters: "I was at a loss for words...I'm overwhelmed and thrilled." pic.twitter.com/FV4Zp4v6M2

He also donned Nos. 18 and 25 during his time with the Bruins but wore No. 22 in the bulk of his games with the club.

“I was obsessed with playing the sport,” O'Ree said. “Just that burning desire. Even when I lost my eye my second year of juniors, they said, ‘Well, you should quit.’ I said, well, I can still see. I just kept on playing.”

Neely said there is no question O'Ree is deserving of having his jersey enshrined next to team greats like Bobby Orr and Ray Bourque.

“Willie’s contributions to the game of hockey transcend on-ice accomplishments and have opened countless doors for players who have come after him," Neely said in a statement.

With Massachusetts' COVID-19 restrictions currently prohibiting fans from being in attendance at Bruins games, it is likely O'Ree will be honored in a mostly empty Garden. But the team said once protocols allow, it plans to recognize him again so fans can be a part of it.

Bruins general manager Don Sweeney said though it's not ideal, the team didn't want to delay honoring his contributions and will “pay tribute in the best fashion we possibly can.”

“Ideally, you want him shaking people’s hands in situations like this and really paying tribute and rightfully so to Willie,” Sweeney said. “It doesn’t diminish the overall effect of ... Willie going into the rafters and retiring his number and what he’s meant to the game and the Boston Bruins.”

O’Ree was inducted into the Hockey Hall of Fame class of 2018 as part of the “Builder” category, which honors those who have made significant contributions to the sport.

He played 45 games in his NHL career for the Bruins, notching four goals and 10 assists.

Since 1998, O’Ree has worked for the NHL as a diversity ambassador.

While it’s been 40 years since he hung up his cleats, O’Ree said he isn’t dwelling on the timing of this latest recognition.

“It possibly could have happened sooner,” he said. “Sometimes things take a little longer."