George Eyser made history at the 1904 St. Louis Olympics, winning six medals as a gymnast who competed with a wooden leg 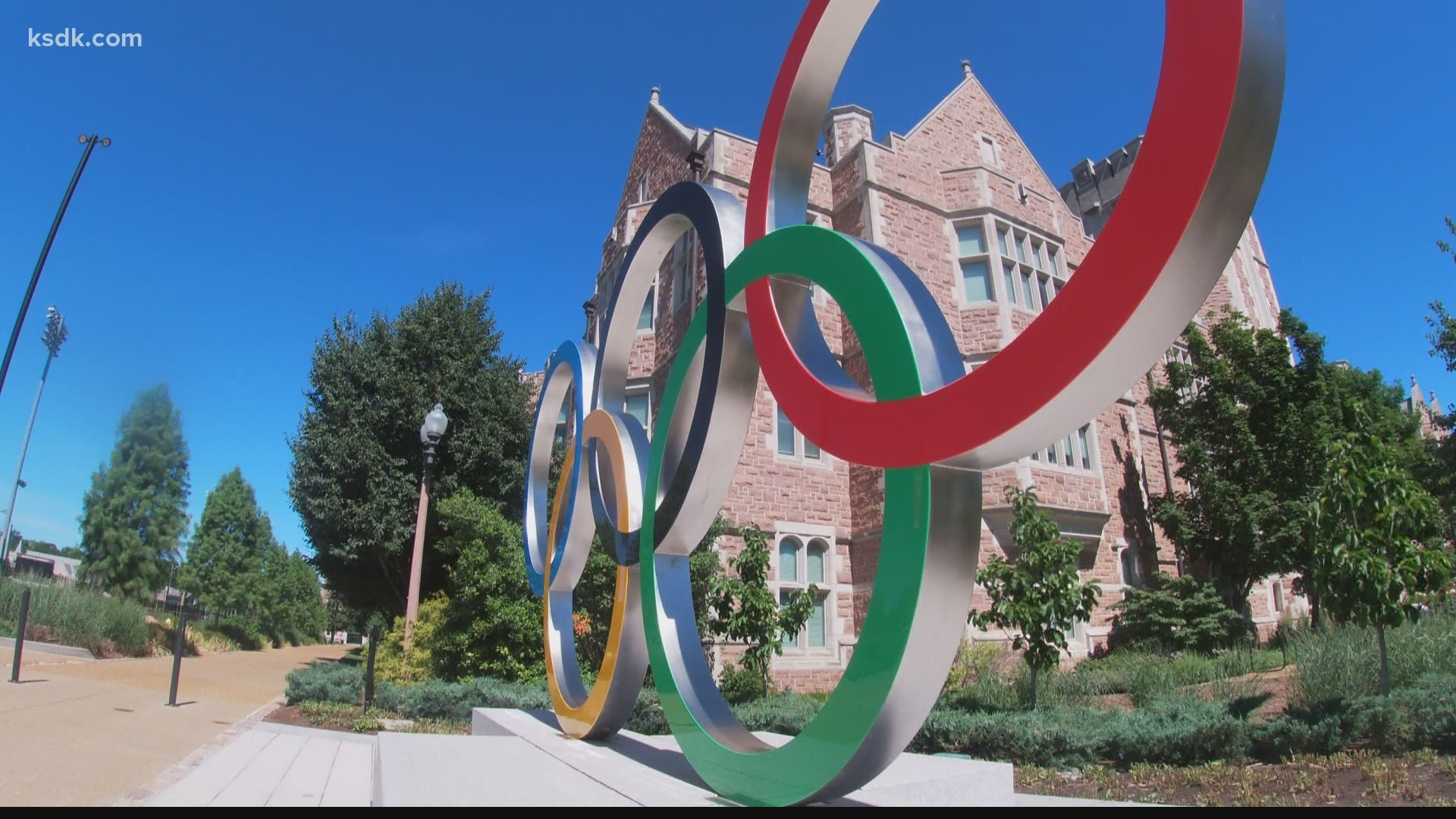 ST. LOUIS — The 1904 Olympics in St. Louis made history in ways both good and bad.

The good? They were the first Games held in the U.S. (and only the third of the modern era).

The bad? They were the first Games held in the U.S.

Transportation at the turn of the 20th century wasn’t easy – it took a lot of time, wasn’t cheap and involved some risks. So, moving an international competition to North America for the first time ever meant not all of the world’s finest athletes could make the trip to the middle of America. Only 12 nations were represented in the Summer Games, which have been regarded as one of the strangest ever.

This meant the 1904 Olympics were chock full of local athletes of varying calibers and talents. Among them was George Eyser – the first athlete to compete at the Olympic Games with a prosthetic.

But not only did he compete on a wooden leg, he medaled six times.

Exactly what happened to Eyser’s leg is a mystery lost with the passage of time, but it’s believed he was injured in a train accident as a child, resulting in much of his left leg being amputated. He then started using a prosthetic mostly made of wood.

Eyser didn’t let that stop him. The German immigrant, who settled in St. Louis in the late 1800s, joined a local gymnastics club in south city, the Concordia Turnverein, and emerged as a top athlete on the team. He was then selected to participate in the St. Louis Olympics, according to the Missouri Historical Society.

By the end of the five-month-long Games, Eyser came out victorious, competing against and beating athletes who had no disabilities.

Eyser won three gold medals, one each in parallel bars, 25-foot rope climb and, incredibly, the vault. At the time, the vault event required athletes to sprint and leap various distances and heights over a gymnastic horse without using a springboard. The 1904 Games required gymnasts to launch and land three separate times, according to the Olympics record books.

Eyser also earned silver in pommel horse and a four-event all-around and bronze in the horizontal bar.

He was one of only three athletes to win more than five medals at the 1904 Olympics.

READ ALSO: Every athlete with ties to the St. Louis area in the Tokyo Olympics

Eyser faced incredible odds as an amputee competing more than 50 years before the Paralympic Games even began. The St. Louis Globe Democrat summed up Eyser's Olympic accomplishments perfectly in a July 2, 1904 article.

"George Eyser of the St. Louis Concordia turnverein was the recipient of a round of applause every time he performed. Mr. Eyser has a wooden leg, but it does not prevent him from going through the exercises in excellent form," the newspaper clipping from the Missouri Historical Society shows.

He died just 15 years after his headlines-grabbing appearance in the international event at just 48 years old. Like the loss of his leg, the circumstances of his death are a mystery.

“While Eyser’s passing came far too soon, his legacy lives on long and strong,” a biography on the Olympics website states. “As the first athlete to compete at the Olympic Games with a prosthetic leg, he opened the door for later athletes like South African swimmer Natalie Du Toit, who took part in the Beijing Games of 2008. Whatever happened to him in the end, the Olympic records will forever remember George Eyser and his achievements of 1904.”

5 On Your Side is your home for Tokyo Olympics coverage in St. Louis. Check out our complete coverage online at ksdk.com/olympics.

Sign up by clicking here or fill in the form below.

The Olympics editions of Your STL Lunch Break will give you the biggest moments from Tokyo with a focus on the athletes from the region including Tyler Downs, DeAnna Price, Becky Sauerbrunn, Gwen Berry, Jayson Tatum and more!

After the games are over, you will still get Your STL Lunch Break with news that is focused on you.