"This is not a decision I take lightly and I am absolutely heartbroken knowing that I won’t have the opportunity to compete on behalf Team USA." 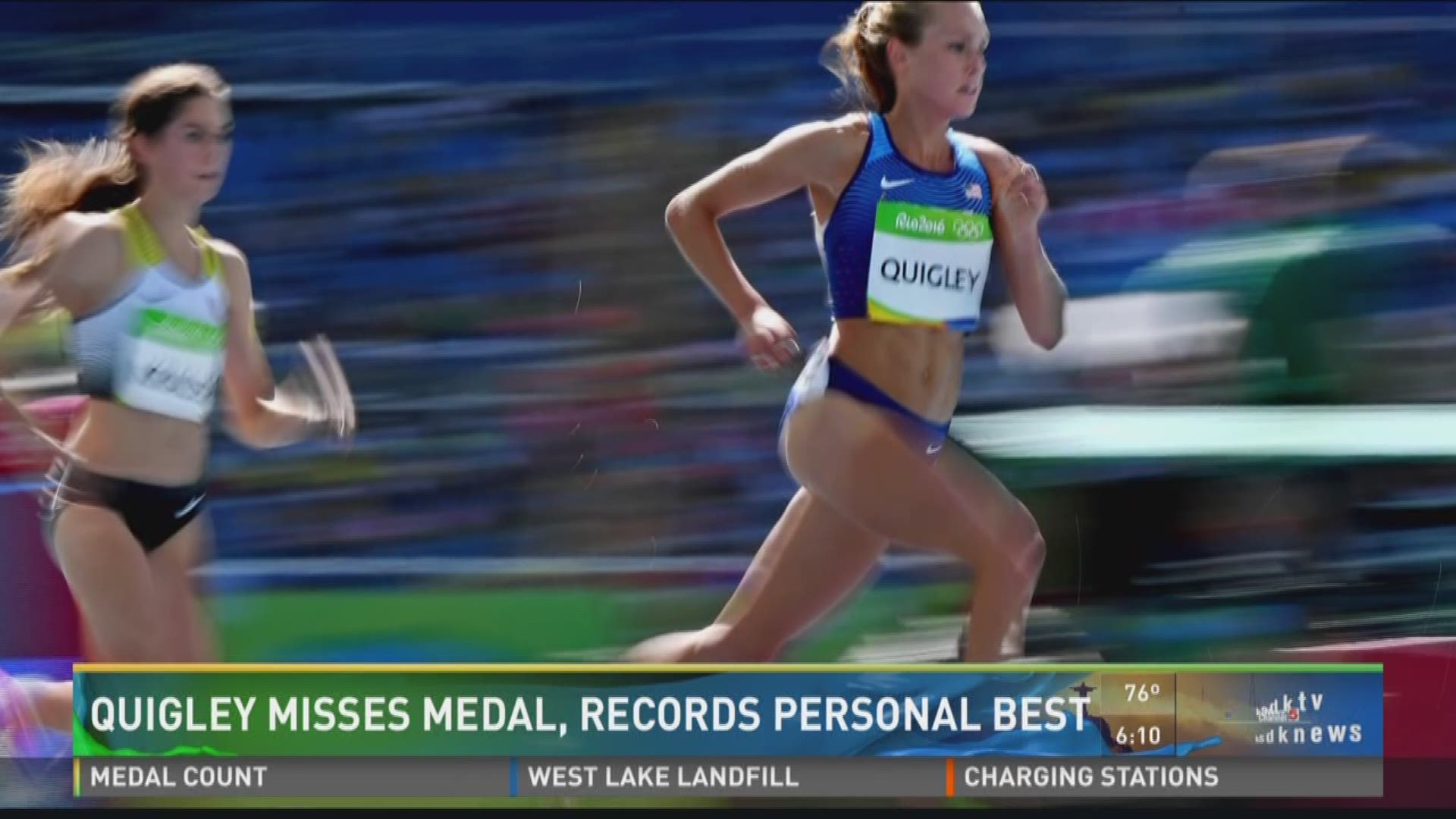 EUGENE, Ore. — St. Louis native and Nerinx Hall grad Colleen Quigley will not be representing the United States on the track in Tokyo.

Quigley, a 2016 Olympian in the steeplechase, announced her decision to withdraw from the U.S. Olympic trials on Saturday in a video posted to Instagram.

"Earlier this week, I had to come to terms with the fact that my body needs a break. I‘ve been looking forward to the opportunity to compete in Tokyo since I got on the plane home from Rio in 2016, but I’m very sad to share that I won’t be able to line up on the track to qualify for my second Olympics and my 6th USA Team on Sunday.

"This is not a decision I take lightly and I am absolutely heartbroken knowing that I won’t have the opportunity to compete on behalf Team USA.

"After the Olympics were postponed last year, I took time to reset and reevaluate many aspects of my life. I put 100% effort into setting myself up for success going into 2021. I chose to leave a training environment that was no longer right for me. I chose a new coach that I believe in and know is the right coach for the athlete I have grown into. I chose a new partner that aligns with my values and supports all aspects of me as a human, not just as an athlete.

"The changes have been hard - change is always hard. But they’ve also been exactly what I needed.

"So what’s next? I’m playing the long game. I’m going to focus on my career as a whole, not just the result of one race or one summer. I’m gonna give myself the rest I need — both mentally and physically — and I will make sure that when I get back to training and racing, that I’m doing it for me and me alone, because everyone who matters to me is already with me.

"I can’t promise how I’m going to feel after posting this, or tomorrow, or even next week but I can promise you one thing: after taking some time to rest up, I’ll be back.

"In the meantime, you know I’ll be cheering so hard for my brothers and sisters on #TeamUSA as they compete in Tokyo later this summer."

Quigley, 28, recently left her sponsor Nike and the prestigious Bowerman Track Club to go out on her own. She's now sponsored by Lululemon.