The hidden ring where Olympians train

"It pretty well came to be because of DeAnna Price" 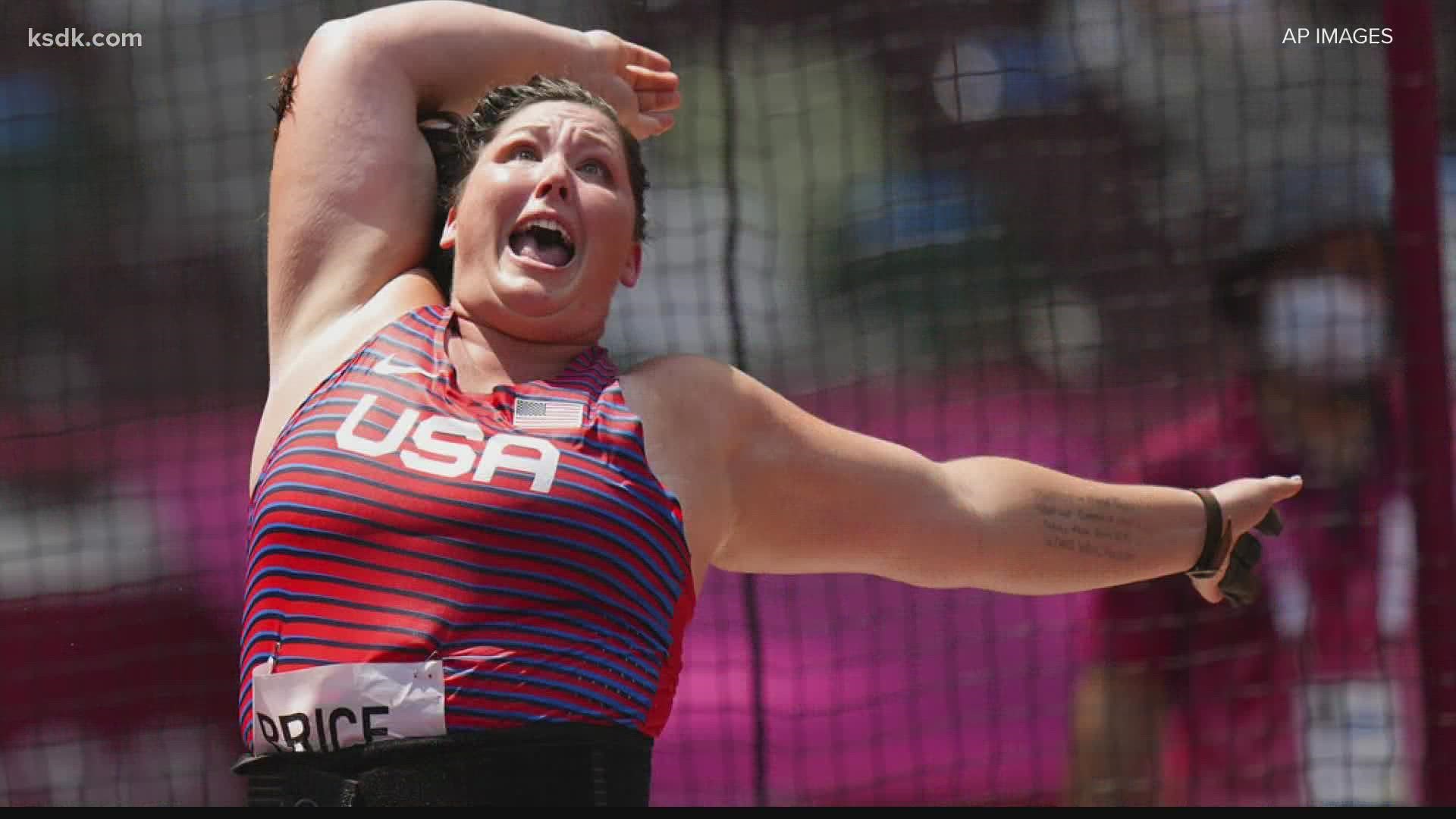 TROY, Mo. — Tucked away in Lincoln County there's a farm that doesn't measure its success by the acre. Rather, meters and feet.

This is where Gary Cooper has spent the past decade cranking out successful shot putters, discus throwers and hammer throwers.

"Well, it pretty well came to be because of DeAnna Price," said Cooper during a recent practice session at his homemade throwing ring.

Today, Price is a two-time Olympian for Team USA.

But when Cooper met her through his own kids, she was a high school freshman in Troy who had never picked up a hammer like this one.

"I wind it, and I hit myself right in the forehead and I remember dropping it and I said, 'I don't think I'm going to do this anymore,'" Price said recently in an NBC Olympics interview.

But she did try the hammer again because Cooper saw her potential.

"She wanted a PR, a personal record, on every ball that she threw that day," he recalled of one of Price's earliest training days.

However, hammer throw isn't a high school sport in Missouri, and he had trouble finding a place for her to practice.

So, Cooper built one in his front yard.

"Her attitude is the biggest thing. I told the other coaches, 'This kid could go to the Olympics in a throwing event,'" he said.

And in 2019, she beat the best winning gold at the World Championships.

"She really made me proud," Cooper said with his voice about to crack with emotion.

Does he see a little of his legacy in Price's two trips to the Olympic Games?

"I think so," he said modestly.

"I'm doing it now because I have a hard time not helping kids that that really have the talent and they don't have a place to go to (to train)," Cooper said.

In the ten years since he turned his front yard into a sanctioned throwing ring, Cooper has hosted more than 100 official meets with athletes from all over the region and even from other states.

"I get a lot of pride for the fact of knowing that kids have succeeded in their life besides throwing – getting a college scholarship," Cooper said.

A success maybe too big to measure.

"I mean, it's not a world class facility, but we have never had a porta potty here," he joked. "I have a very understanding wife. We have three bathrooms to get used by all these kids."

Cooper said he wishes he would have bought the property next door when it was for sale so he could've built a bed and breakfast for athletes to stay and train, since some have come from as far away as Canada to work in his ring.