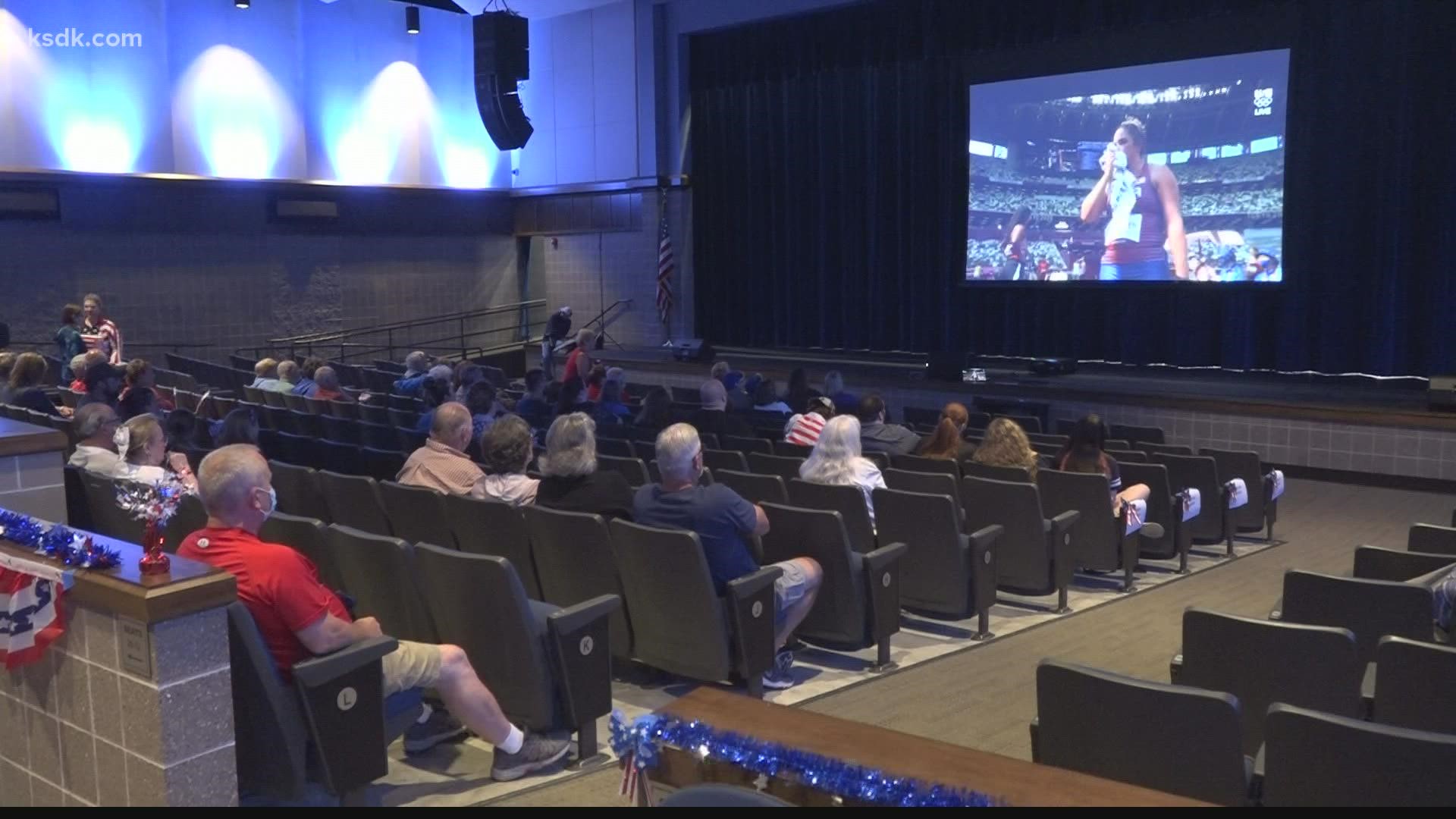 TROY, Mo. — Troy Buchanan High School opened its doors on a Saturday night so that friends, family and hometown fans of DeAnna Price could cheer her on from the school she once attended.

The watch party was in the high school's performing arts center.

People started showing up at 6:30 to support Price and her family during the women's hammer throw qualifying round.

Her parents, grandparents, former coaches and longtime friends enjoyed refreshments and looking at old pictures and videos of Price over the years.

Price became the second woman in history to crack the 80-meter mark in the hammer throw at the Olympic Trials in June.

Her mother, Ann Price, said it was important to have her daughter know they're supporting her back home.

"She's just a hometown girl. She's just very down to earth and she just does a great job. She really takes pride in her country and we take pride in her for that, DeAnna's mom said, her voice cracking.

Price played softball and basketball in high school, and during the off-season, she got into track and field to stay in shape.