"I started at the very bottom. I am really excited. I think this group of girls is really special." 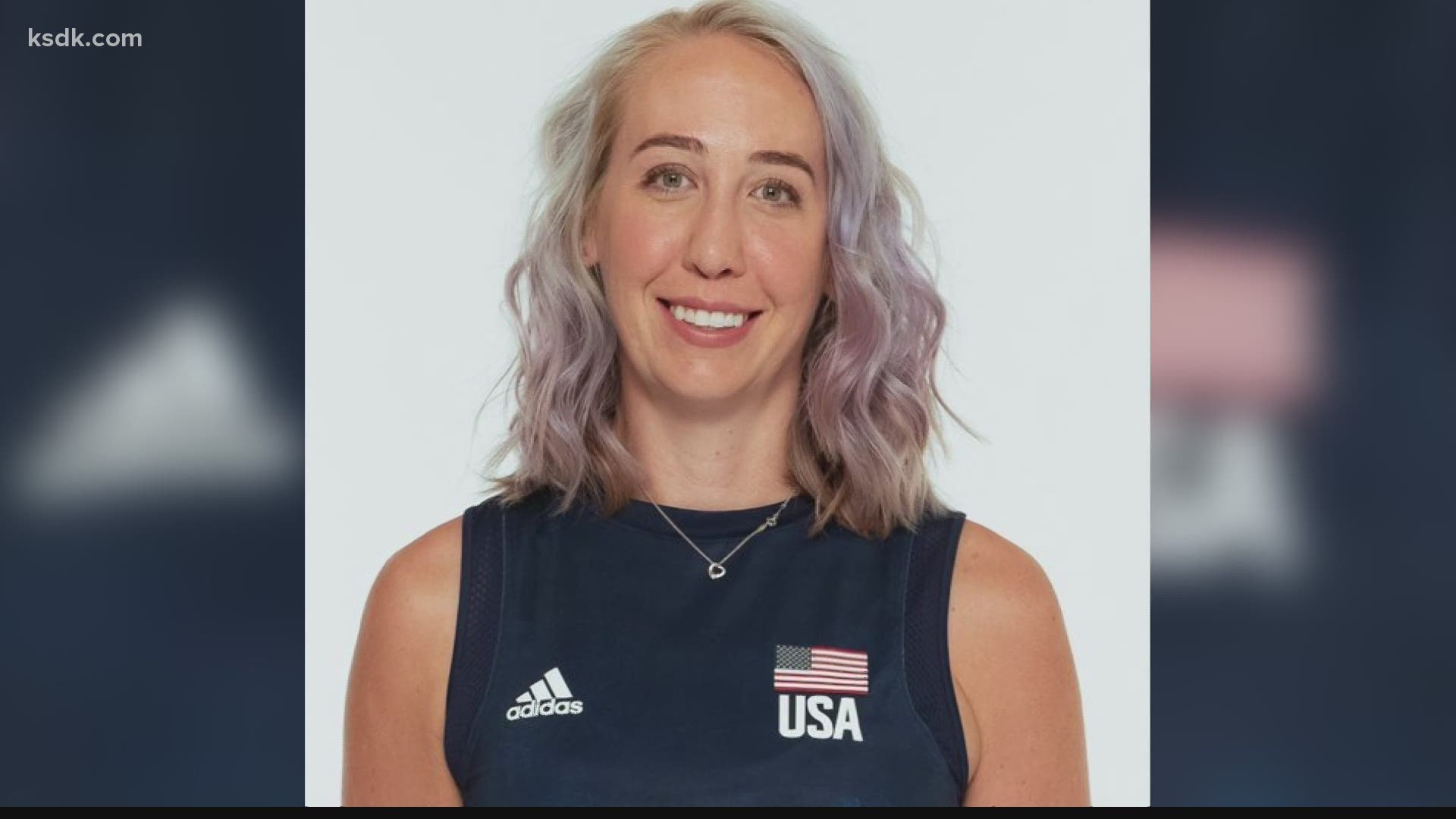 COLLINSVILLE, Illinois — The U.S. Women's Volleyball Team is vying for its first Olympic gold medal in Tokyo, and a local player will be part of that effort.

As of early June, the U.S. women’s national team was No. 1 in the world.

Among that squad is Collinsville grad Michelle Bartsch-Hackley. She's among the eight Olympic rookies joining the team who have played in the Volleyball Nations League.

The outside hitter has set high goals for herself ever since she was a little girl.

Kim Lobb, her former high school coach, says, "She said her goal was to make the Olympic team."

Bartsch-Hackley says, "I've always had Olympic dreams. I started at the very bottom."

The roster is set for the U.S. Olympic women's volleyball team.

The team of 12 will compete for @TeamUSA's first Olympic women’s volleyball gold medal at the #TokyoOlympics. @usavolleyballhttps://t.co/JLqigtH5Xj

But before we got here, just weeks before the Summer Games, it all started with a dream.

Her mom Julie says, "Michelle had a volleyball in her hand since she was 4 or 5."

She made her way to Collinsville High School, her dad's alma mater.

Her dad Mike adds, "When the kids got their letter jackets, I played sports too; it was cool to see them in their Kahok purple."

Lobb remembers Michelle coming in as a freshman: "She was just a shy little girl with such a sweet smile, but I knew there was something special about her. Knowing Michelle and how much she loved the sport, you had a little feeling this girl can do it."

And she did. Michelle climbed her way up, making sure she also lifted others in the process.

"It’s not about the name in the back, but the one in the front and that’s Michelle," Lobb says.

Michelle is always serving others.

"She really takes younger players under her wing and helps them," her mom tells 5 On Your Side.

Her parents say she's a role model for young athletes.

It wasn't an easy journey to get here. Michelle hit some road blocks. But it rerouted her to this moment, one she always dreamed of.

Lobb adds, "They can learn from Michelle, that if you want something bad enough, that you need to keep going."

Her parents add, "It feels awesome. We are so proud of her!"

5 On Your Side did speak to Michelle, but she's overseas so we were only able to talk to her for a bit.

"I am really excited. I think this group of girls is really special," Bartsch-Hackley says. "We worked during this COVID year. We haven't been together since the end of 2019, so it's great to be back together. I am excited to represent Team USA."

They'll be ready to leave July 17, hoping to get their hands on that gold medal.

The Games kick off on July 23, and you can see all the action on 5 on Your Side.