"It will be an unbelievable feeling. I don’t know if I could describe it," Collier said about possibly winning a gold medal 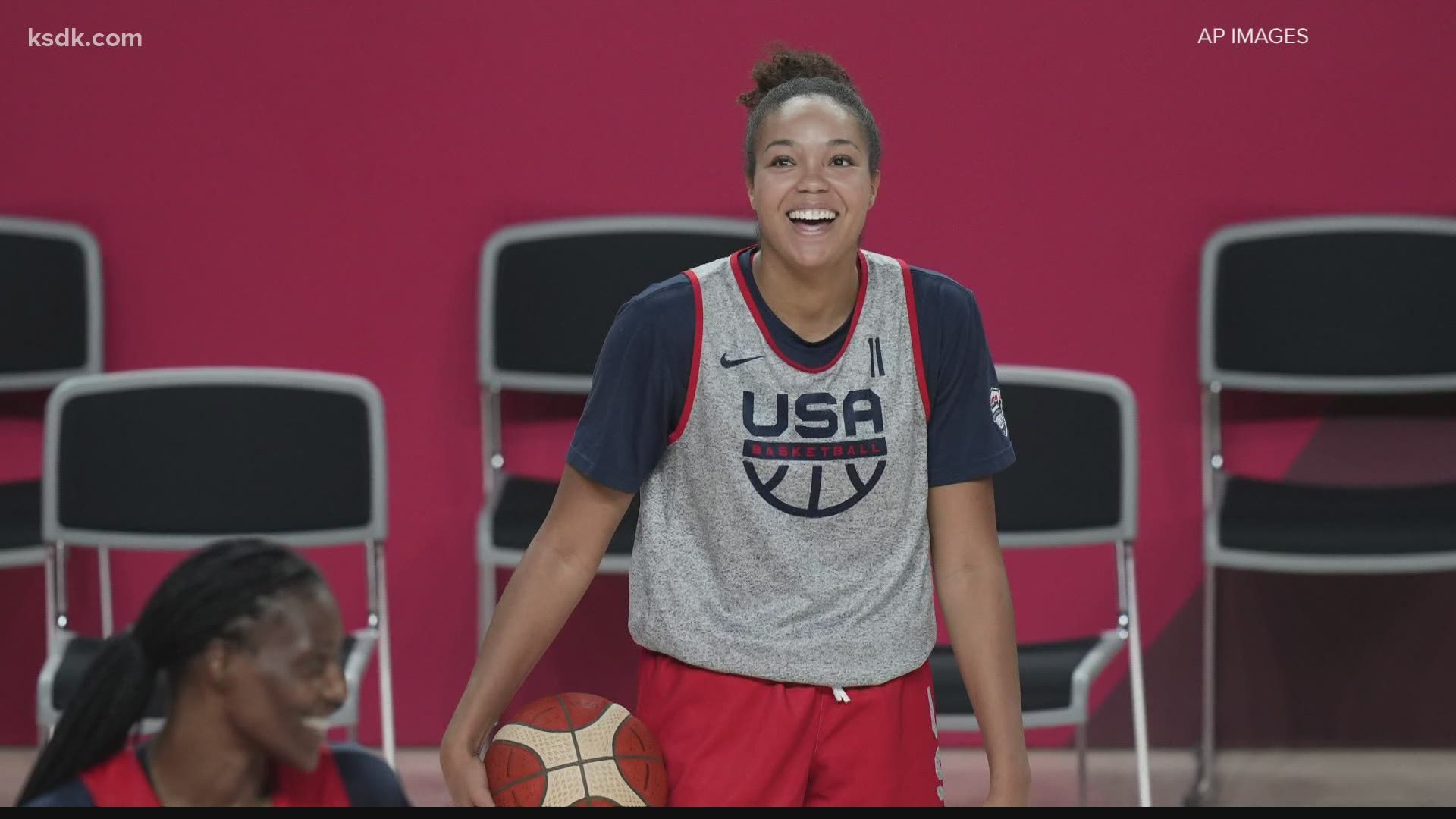 ST. LOUIS — She is our town’s greatest female basketball player. There is really nobody close to Napheesa Collier in terms of a basketball resume. Now, she'll try to reach basketball highest goal, the gold medal.

“It feels amazing. It’s been something I have wanted since I was a little kid- watching the Olympics on TV," Collier said. "To think I made it here is unreal. Best feeling ever.”

Collier has a lot of great feelings to look back on from in her illustrious career. Let’s start at Incarnate Word High School. She won 3 consecutive state championships. She was an All-American. She was the female equivalent of Jayson Tatum. Or maybe he is the male equivalent of Napheesa Collier. They both made it look so easy.

In college, Collier cruised to a National Championship at Connecticut and made the All-American team three consecutive years. In the most storied program in college basketball history, Collier is one of their best all-time players.

She hasn’t missed a beat in the WNBA. Collier won the rookie of the year award and has been an all-star. What makes this 6-foot-2 inch 24-year-old star so special is her guard skills. Many times the tall girl is told to get on the block and rebound and hit 5 foot shots. Napheesa’s father made sure she had ball skills at a young age.

“I really credit my dad. I was always so much taller and he was saying what if you stop growing. You have to have to guard skills," Collier said. "I am really grateful for that now because everybody is taller than me now.”

Another person who has played a big role in Collier’s life is her fiancé, Alex Bazzell. Bazzell was an all-state player St. Charles West and a 1,000 point scorer at Lindenwood. He is now a trainer to the stars. Bazzell works with everybody from Trae Young to Kyrie Irving. He also spends some serious time in the gym with his bride to be. Does he deserve some credit in developing this Napheesa?

“He should. He is an amazing development coach. The way he teaches the game is so smart," Collier said. "And I trapped him in a marriage.”

Collier is the youngest player on Team USA. Many of her teammates are players she grew up idolizing. However, she will carve out minutes on this team and play a role. And what will that feeling like be like if she has that gold medal draped around her neck?

“I have thought about it. You never want to take anything for granted. I know it’s going to be so hard, especially on the women’s side where always do so well," Collier said. "It will be an unbelievable feeling. I don’t know if I could describe it.”