Amy Cozad Magana never imagined she'd turn 30 before having the chance to qualify to another Olympics, but she's staying ready with the help of her coach. 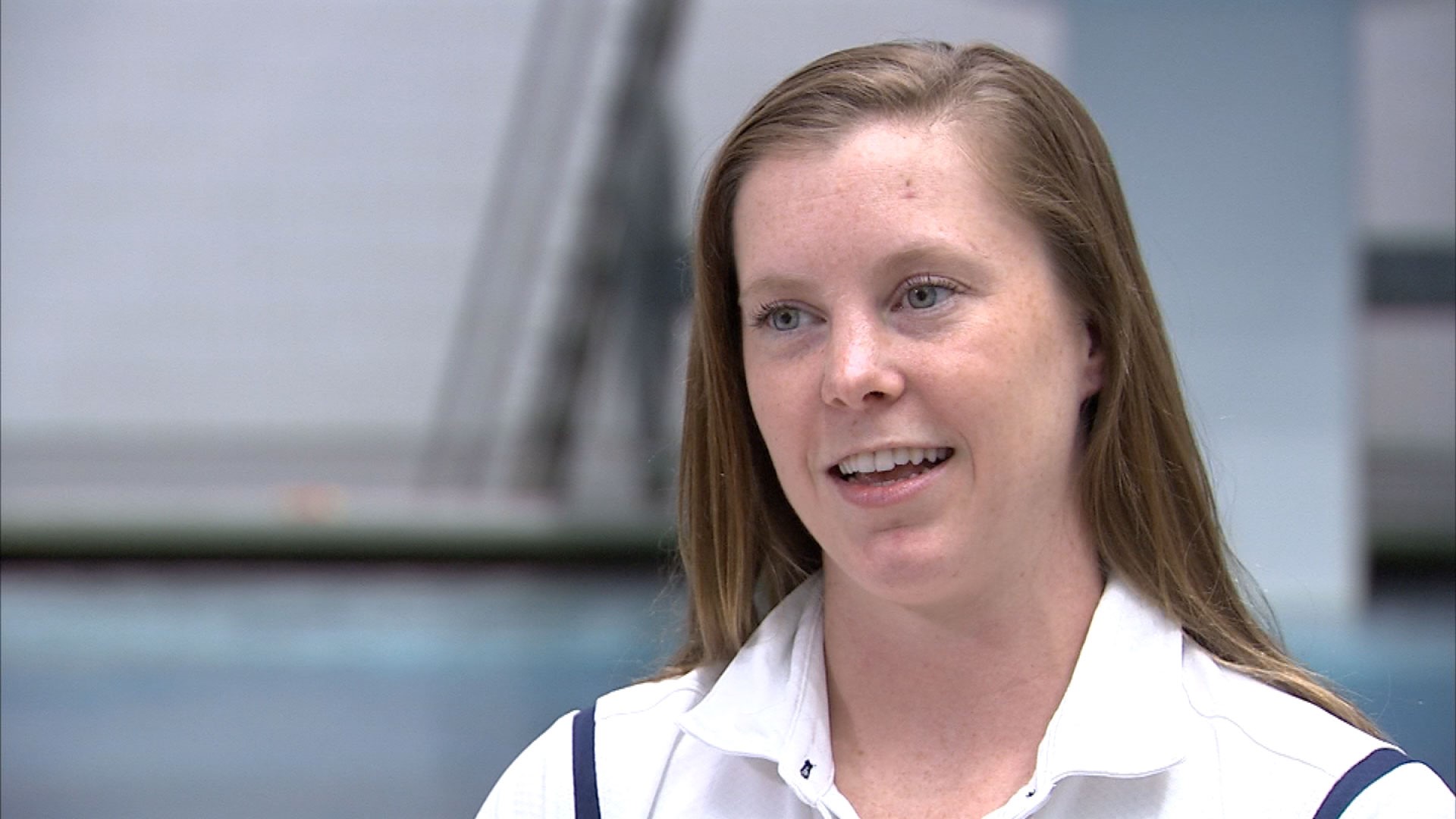 INDIANAPOLIS — An overgrown fenced-in backyard on the south side is serving as an Olympic training center for diver Amy Cozad Magana. Jammed with trampolines and mats, it's a stark scene compared to the world-class Tokyo Aquatics Centre in Tatsumi Seaside Park in Koto Ward, Japan where Magana hoped to be competing later this month.

Magana competed in the Rio games in 2016, placing 7th in 10-meter synchronized platform diving with her partner, IU's Jessica Parratto. She has spent the last four years training with the hopes of a repeat pairing, qualifying in the individual event as well and earning two spots on the podium. But the global coronavirus pandemic pushed the 2020 Olympic Games to July 2021 and abruptly stopped all competitions and training.

"My last practice was March, and so then we haven't been in the (IUPUI) natatorium ever since," Magana said. "Maybe something that a lot of people don't understand is there's a lot that we do outside of the pool."

Consistency is the key to any training regimen. So within a matter of weeks, Magana's long-time coach Sean McCarthy with Indiana International School of Diving (IISD) aimed to keep practices going. He relocated training equipment to Magana's backyard and organized Zoom and in-person practices for her and other members of the IISD diving club. 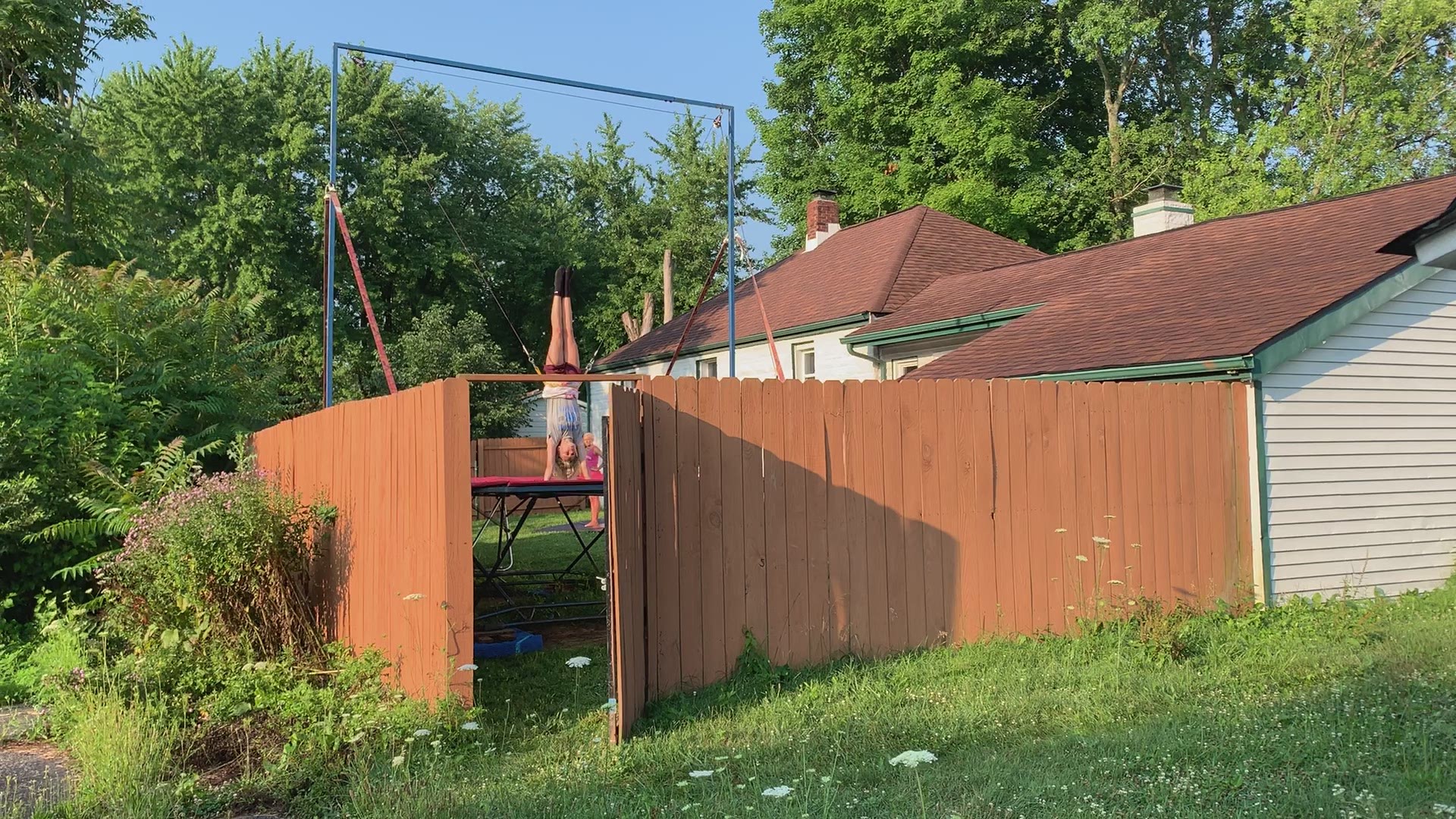 McCarthy first started coaching Magana when she was 11. She graduated from Decatur Central High School and Indiana University with a math degree. Now she's 29, married and amazed she'll turn 30 before she has a chance to qualify for a second Olympics. The extra year of diving is a mental and physical test.

"It's hard to truly stay positive when you don't even have another planned competition. You don't know when, if there's going to be another competition. There's just so much uncertainly," Magana said. "The way that I keep motivated, truly is through my husband (Alex) and my coach — the two people who know me better than anybody and they just keep me on track."

The IUPUI natatorium is scheduled to reopen in August. In the meantime, McCarthy recently secured pool time at the Riviera Club for Magana and the other club divers to get in the water one day a week. But the venue, which opened in the 1930s, has just one 1M and one 3M springboard, and Magana is a platform diver. Still, it's progress.

Magana said she needs the water practices "for spatial awareness" and said it was good to be back. She is a 10-time national champion — seven titles are for synchronized 10-meter and three are for individual 10-meter. Her goal is for USA Diving to pair her again with Parratto and to qualify for the individual platform event as well.

"She's the only female in United States to compete reverse 3 1/2 on 10 meter right now. It's a strength of hers. We've got to hit it. We're gonna use it," McCarthy said. "Last time we used it was the national championship, so we did it three times. We hit it three times." 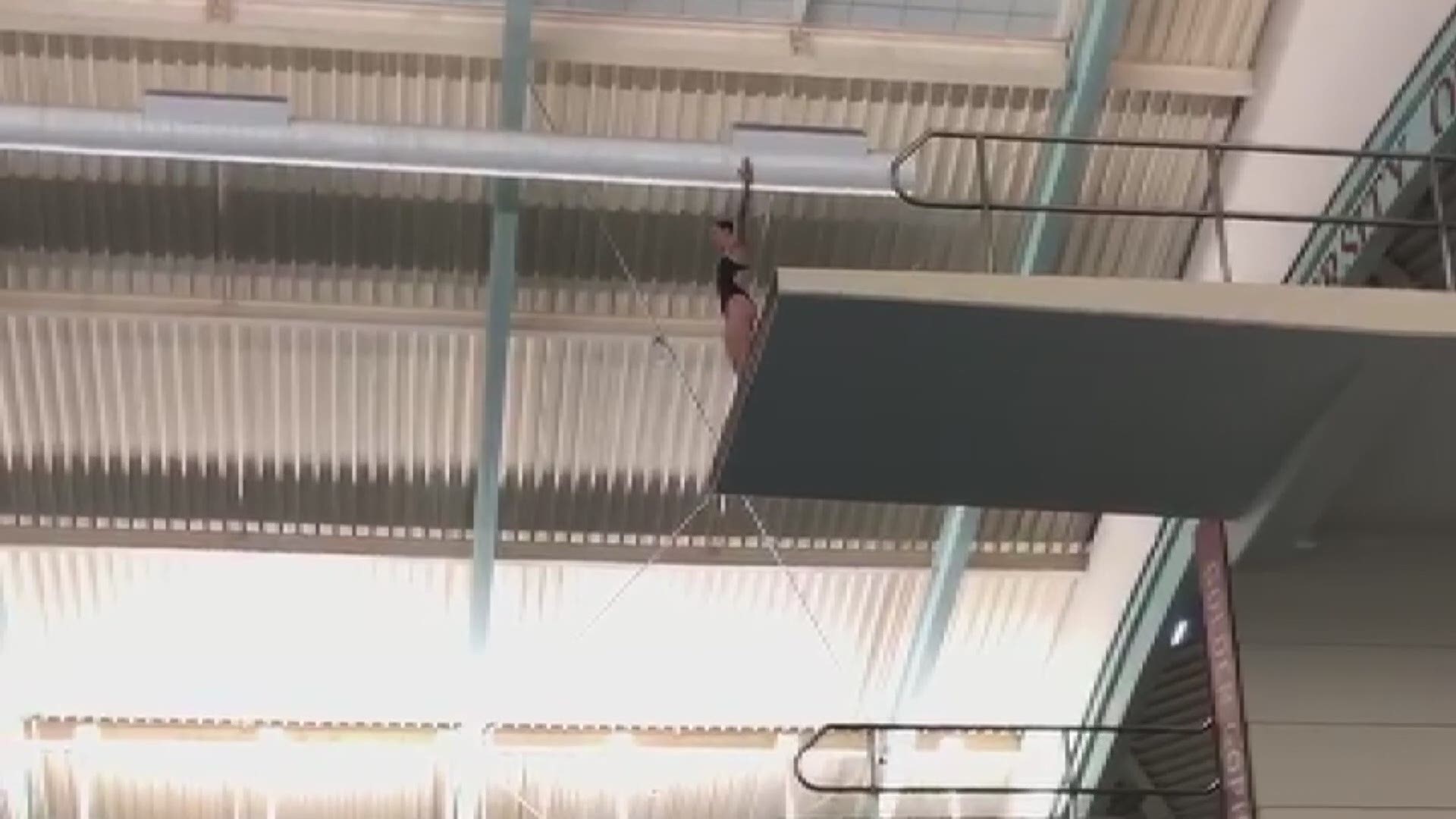 McCarthy estimates it will take the divers about six weeks to get acclimated once they resume practices six days a week at the natatorium. Magana said she is focusing on what she can control and trusting with McCarthy's guidance she will be ready — whenever that is.

"When you have good people around you, I think you could just really do anything" Magana said.