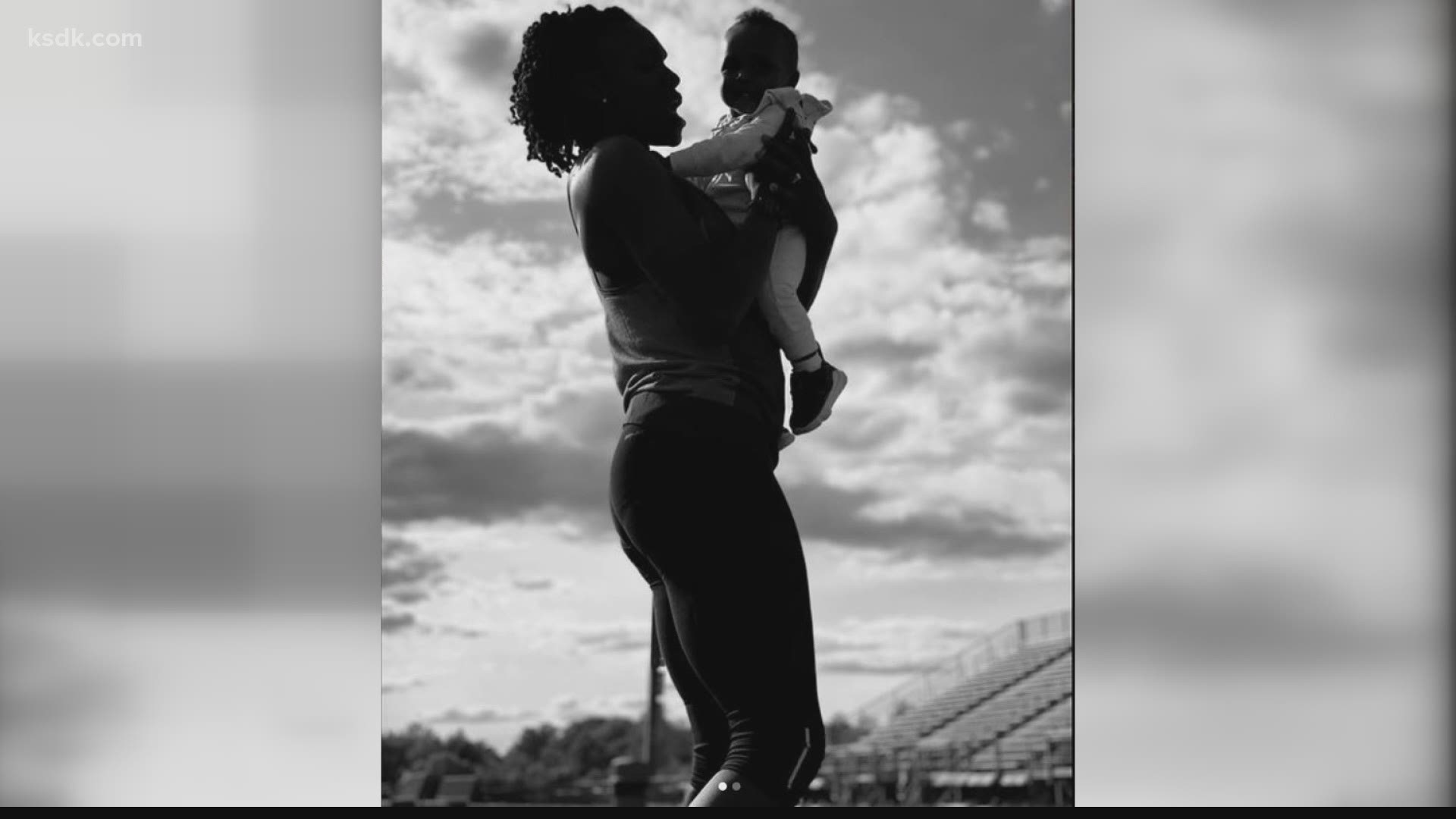 Athletes like East St. Louis native Dawn Harper-Nelson have been waiting a long time for this milestone. The Olympic gold and silver hurdler has kept up with her training during this past year and she hasn’t slowed down.

She is trained by her husband Alonzo Nelson and often brings her daughter Harper to her practices with her.

Today in St. Louis’ Allie Corey caught up with Dawn back in 2019 when she first announced she would be coming out of retirement to train for Tokyo as a new mom. She said back then, her goal was to have her daughter see her win gold and that has not changed.

“Yeah, it's even more real now because you know she's older and she's understanding like mommy's at practice,” Dawn said. “Because she's at practice with me, she gets down like me, she mimics me going over the hurdles, so she really has a sense of like, mommy's running and mommy's doing certain things and it's just beautiful because she's a little track baby."

Dawn said she has the time she needs and now her training comes down to building confidence. The Olympic trials in Eugene, Oregon are on June 19 and 20.

Dawn said the trials will be extra special because 11 of her family members will be there to cheer her on. They were planning on being in Tokyo for the games, but because of the pandemic, they aren’t allowed.

Harper-Nelson has cut sugar out of her diet and has her eye on the prize, telling 5 On Your Side she’s ready!