"We got a chance to really showcase what the Paralympics is doing and we’re now considered elite athletes,” said Avery 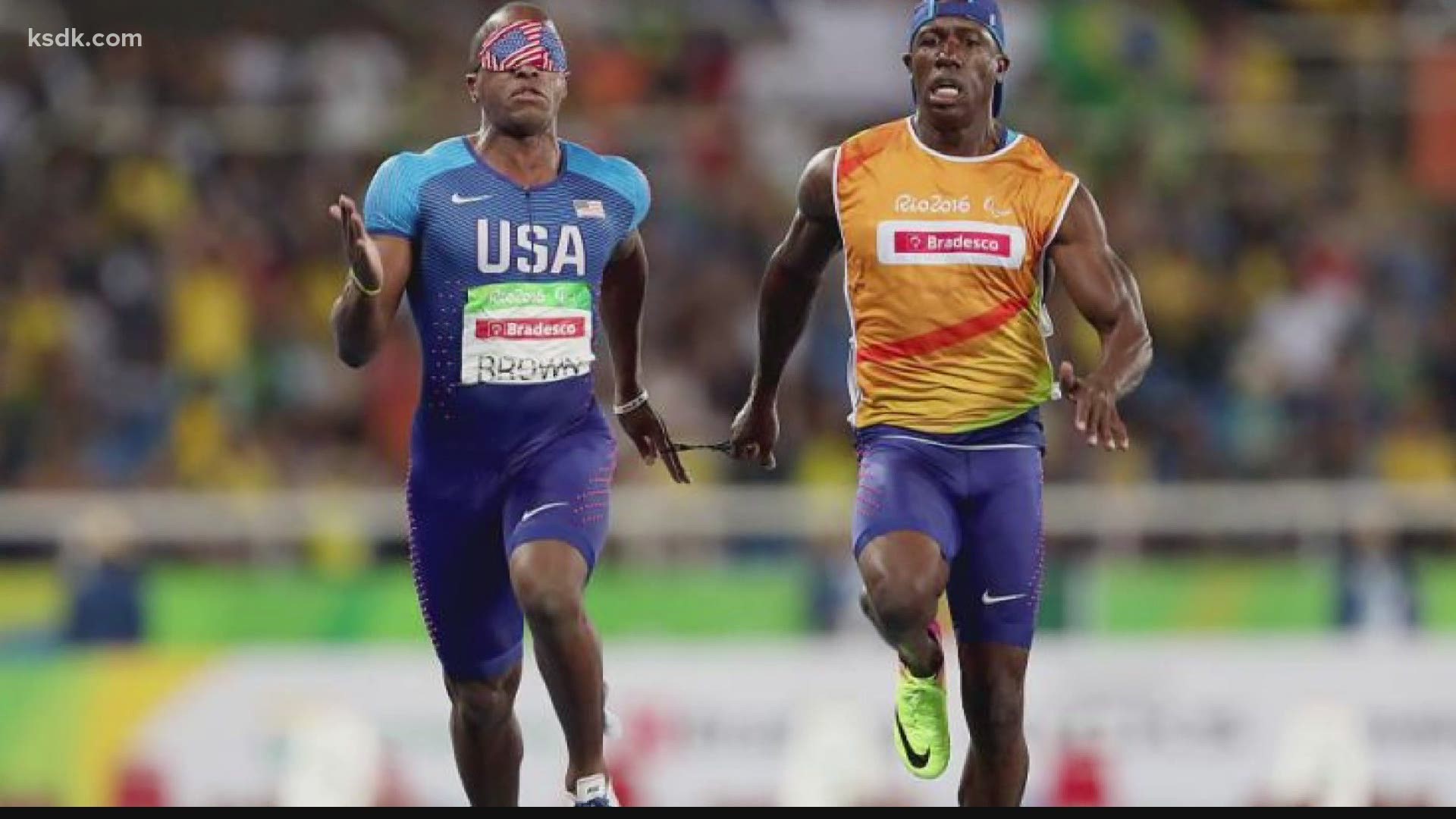 ST. LOUIS — When Jerome Avery first met David Brown during a workout, there was an instant connection.

“He was young hungry, excited about the sport,” said Avery.

Avery, a former Olympic hopeful had just decided he was going to hang up the spikes and call it a career. That’s when he noticed a young runner practicing. He described Brown as having this competitive spirit who was determined to be one of the greatest runners to ever hit the track.

“That’s a deadly weapon right there,” he said.

Avery went up to Brown and offered a helping hand. The two did a few laps together, then they got in the starting blocks together, the rest was history. Team Bravery was formed and Brown’s love for Track & Field increased.

But in order to understand what lights a fire underneath Brown when he steps in between those white lanes with eight lanes, you have to go back to where his love for the sport began.

“I discovered track at the Missouri School for the Blind,” said Brown. “I didn’t even know blind people could run track.”

The sport grew on Brown when he no longer could play the sports he loved like basketball and baseball. When he was just 15 months old, Brown was diagnosed with Kawasaki disease, resulting in Glaucoma which led to him losing his eyesight by the age of 13.

Eager to compete, Brown would race his friends at recess and that is where he knew he had a future in the sport.

While he may not have known how fast he was running, the world sure did. In 2014, Brown became the fastest totally blind runner to run under 11 second in the 100M dash, going 10.92 seconds.

Two years later, tethered to his teammate and friend on the world’s biggest stage, Brown and Avery seized the moment winning Gold in the 2016 Paralympic Games in Rio.

“Now it’s bigger than the both of us, we got a chance to really showcase what the Paralympic is doing and we’re now considered elite athletes,” said Avery discussing their Gold medal win in Rio.

With their sights set on the summer games in 2020, Team Bravery ended up being sidelined due to a global pandemic. That changed their practice methods, but not Brown’s determination.

“When I heard the games weren’t happening, I said to Jerome and my coach, so what time is practice,” said Brown in all seriousness.

Because no matter when they get the green light, Brown will be ready to roll.

“David Has always mentioned, we’re going to train hard and be prepared no matter what,” said Avery.