'Hi St. Louis': The queen of gymnastics has arrived ahead of this weekend's Olympic Trials

"Can’t believe this week I’ll be competing in my second Olympic Trials. What a dream," her tweet said 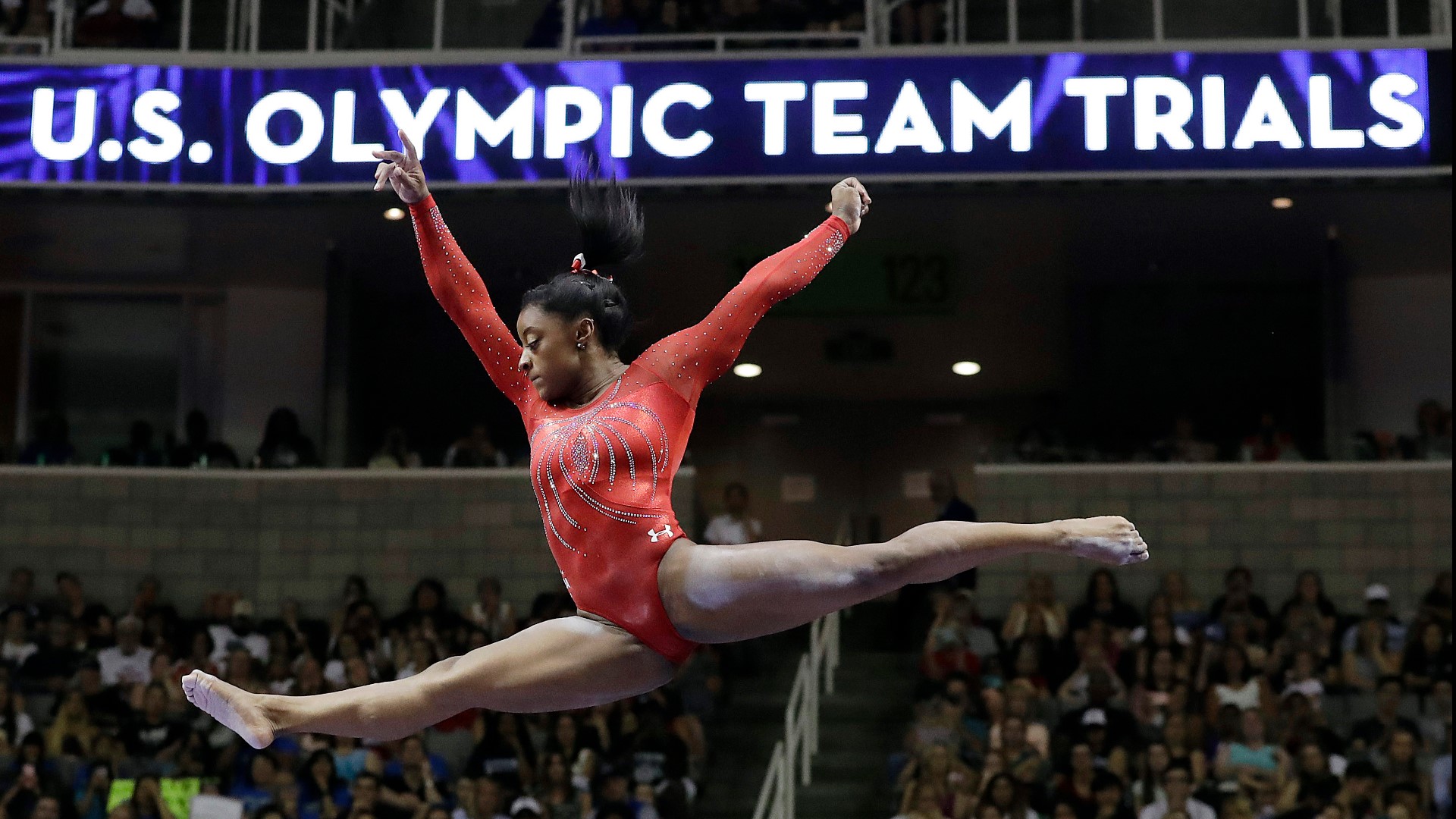 ST. LOUIS — The greatest women's gymnast of all time has landed in St. Louis, and she's ready to flip her way onto the Olympic squad this weekend.

Simone Biles — the 24-year-old Olympic standout who has wowed crowds with her power, grace and precision — arrived in St. Louis this week, a few days before the beginning of the U.S. Olympic Trials.

Biles, who became the most decorated gymnast in the world in late 2019, is hoping to take the next step toward adding even more Olympic medals by landing a spot on this year's Olympic team.

Less than a month removed from claiming her seventh U.S. Gymnastics title, Biles is a near shoo-in to make her second Olympic team.

RELATED: Seven for Simone: Biles claims another US Gymnastics title

She tweeted out a message to her 1.2 million followers showing her sitting across the street from the Arch enjoying Tuesday's beautiful weather.

"Can’t believe this week I’ll be competing in my second Olympic Trials. What a dream," the message read.

can’t believe this week I’ll be competing in my second Olympic Trials. What a dream ✨ pic.twitter.com/mfuUbXZr52

What you need to know about the Olympic Trials

Some of the biggest stars of Team USA in the 2021 Tokyo Olympics will earn their spot right here in St. Louis.

The United States Olympic Team Gymnastics Trials are coming up at the end of June, and here's the basics of what you need to know:

When are the trials taking place?

Where are the trials taking place?

The trials will be held at The Dome at America's Center in downtown St. Louis.

The event was originally slated to be held at the Enterprise Center and were sold out in that venue. But due to COVID-19 restrictions, the trials needed a larger space.

The Dome can seat about 20,000. Masks are required, even if you're vaccinated.

There will be no street parties this year due to COVID-19.

How can I see the trials in person?

Those who had originally bought tickets when the trials were scheduled to take place at the Enterprise Center got the first crack at buying tickets for the event at The Dome. If you had a ticket for the Enterprise Center, those will not be honored at The Dome. You should receive a refund and will then be able to buy new tickets for the updated venue.

Tickets for those still interested in attending who didn't originally purchase tickets for the Enterprise Center are available via Ticketmaster.

Single-session tickets for the trials go on sale at 10 a.m. on Monday, June 14. Prices range from $20-$180, depending on the day and event type. Tickets can be bought through Ticketmaster.

Where can I watch on TV?

5 On Your Side is the official St. Louis home of the 2021 Olympics and Olympic Gymnastics Team Trials.

How many athletes will make the 2021 Olympic Team?

At the end of the trials, five men and women will be selected to the United States team. There will also be three alternates for both the men and the women.