Five swimming medals, the title of the world's top male gymnast and a shot at redemption for U.S. men's basketball are on the line. 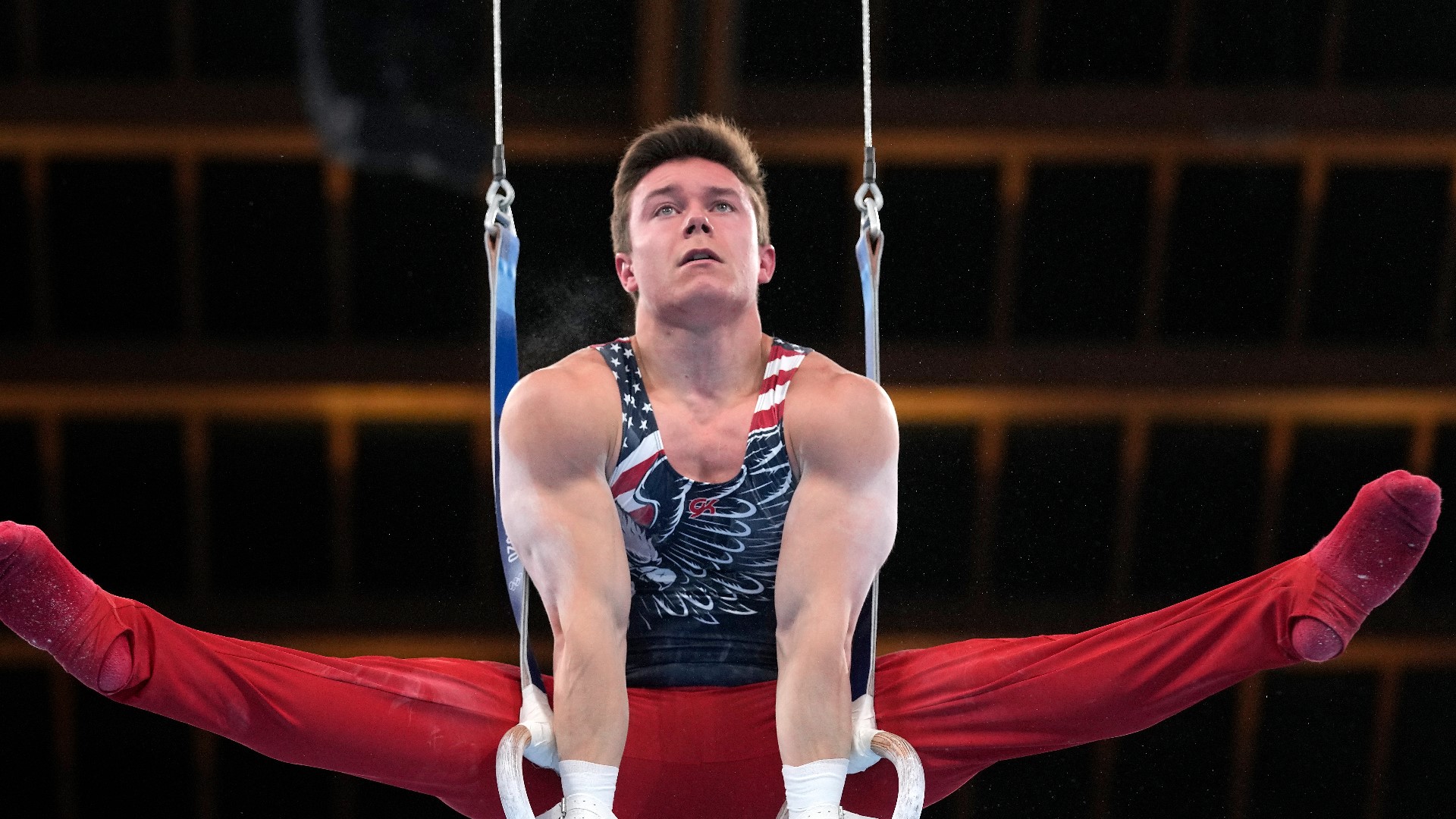 The United States and China are going back and forth atop the Tokyo Olympics medal leaderboard.

Tuesday highlighted Simone Biles and her shocking exit from the women's gymnastics teams final, along with U.S. softball falling to Japan in the gold medal game.

Here are some of the big events on tap for Wednesday.

The men's 100-meter freestyle final is the marquee event Wednesday night in the pool while the women swim the semifinals.

The much-maligned U.S. men's basketball team seeks its first win of the Olympics when it plays Iran in Group A play.

The U.S. men have only two games left in group play at the Tokyo Olympics to solve their woes. Their opening 83-76 loss to France snapped a 25-game Olympic winning streak.

Brody Malone and Sam Mikulak try to break through to the podium as they compete in the men's individual all-around competition. They qualified 11th and 14th, respectively.

Two of the four U.S. beach volleyball teams are in action Wednesday night. Kelly Claes and Sarah Sponcil tries to improve to 2-0 as they face Kenya.

On the men's side, Philip Dalhausser and Nicholas Lucena are 1-1 heading into their final pool round match against Argentina.

The U.S. women remain alive for the first gold medal in 3-on-3 basketball. The semifinals and finals for both the men and women will be played Wednesday.

The four-round Olympic men's golf tournament begins, but without two of the game's biggest stars.

Positive COVID-19 tests knocked Jon Rahm and Bryson DeChambeau out of the Olympic golf tournament Sunday, in a pair of surprises that reinforced the tenuous nature of holding a massive sports event during a global pandemic.

Masters champion Hideki Matsuyama, who this year became the first Japanese player to win the green jacket, will try to add Olympic gold on a course in his home country.