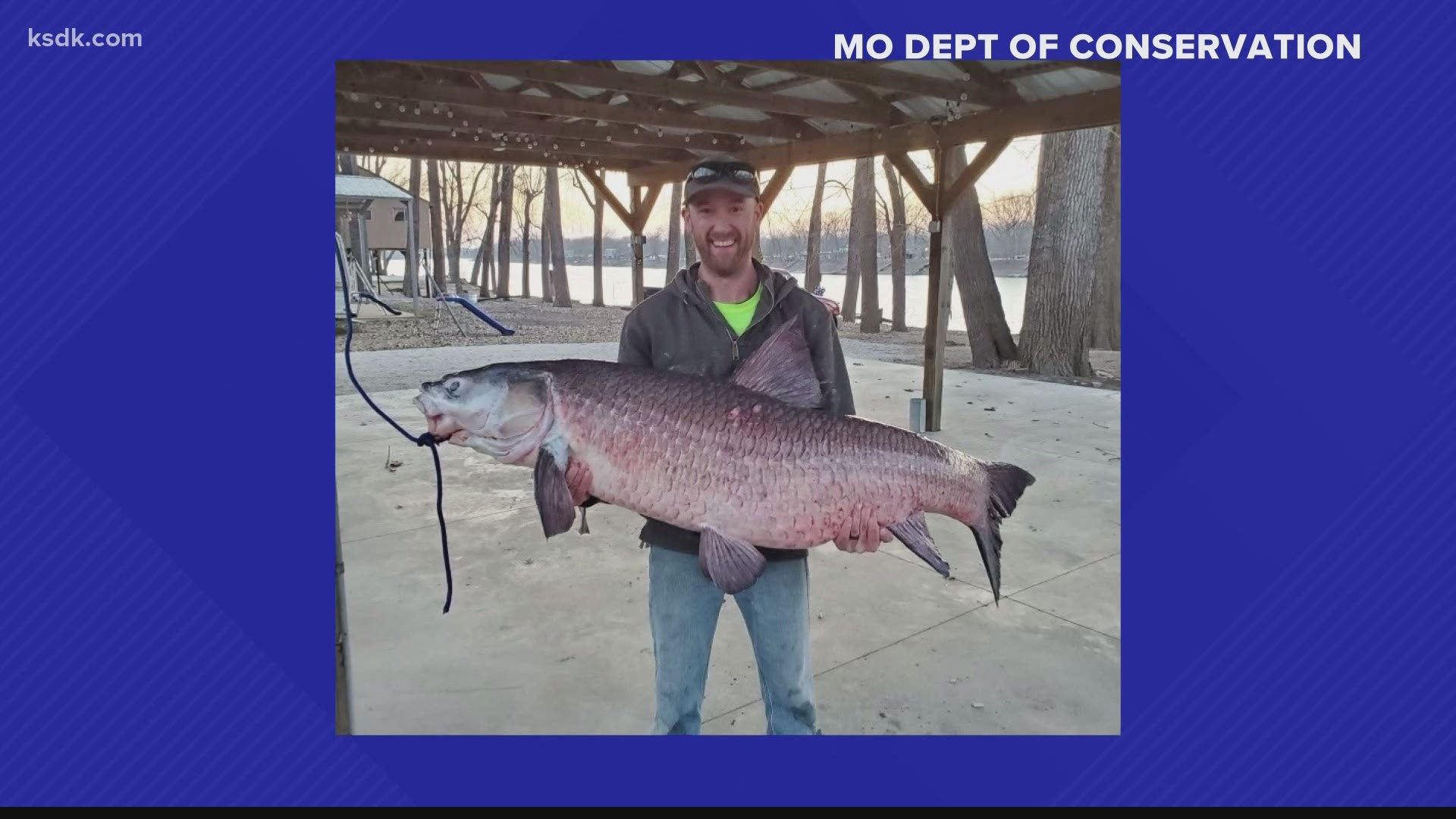 OSAGE COUNTY, Mo. — An Osage County man has a fish story he's not likely to forget any time soon.

On March 4, Jesse Hughes of Bonnots Mill was catfishing with friends when to his surprise he reeled in a 112-pound invasive black carp from the Osage River.

The Missouri Department of Conservation has listed black carp on the Prohibited Species List, which is a list of species that are not allowed to be imported, exported, transported, sold, purchased or possessed alive in the state without written approval of the director.

For Hughes, the catch has turned into an interesting story.

“We hooked into it and knew it was something big, but I originally thought it was a catfish,” Hughes told the MDC. “It was the first I’d heard of a black carp. I didn’t know anything about it, so this has been quite the learning experience.”

The MDC said that black carp have been found in the Mississippi River system since 1994 when about 30 reportedly escaped from a fish farm during a high-water event and entered the Osage River. The department said the fish are an invasive species from Asia that eat mussels and snails, and the carp have damaged the population of native mollusks, many of which are critically endangered.

MDC confirms a 112-pound invasive black carp was caught along the Osage River last week. The fish is listed on the Prohibited Species List because it damages populations of native mollusks - which are critically endangered. Get more info at https://t.co/aIgHyQuZsW pic.twitter.com/osbPJQLEf9

“If anglers happen to catch black carp, or any invasive fish, while fishing in Missouri waters, it’s imperative to contact their local conservation agent,” MDC Fisheries Programs Specialist Andrew Branson said in a release. “That way, our Fisheries staff can be notified and monitor the spread of these destructive species.”

Hughes' catch is currently being studied by the United States Geological Survey.

“It’s a little disappointing, as I don’t think I’ll ever catch a fish that big again,” Hughes told the MDC. “But at least it’s one less invasive fish in Missouri waters.”

For more information on black carp you can visit the Missouri Department of Conservation's website.