There are over 300 species of turtle roaming planet Earth - and almost half of them are threatened with extinction. 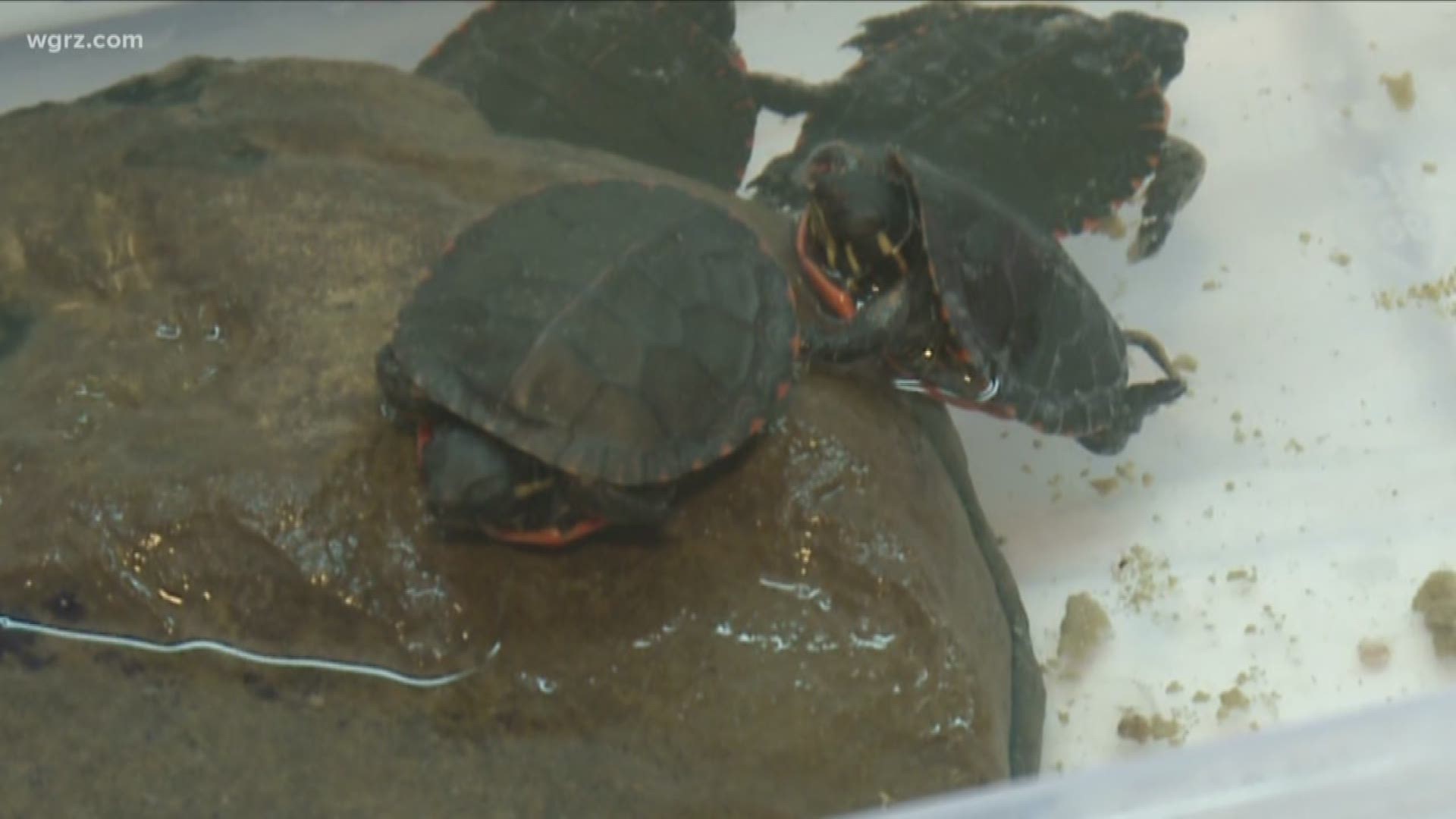 BUFFALO, NY - There are over 300 species of turtle roaming planet Earth.

They inhabit both land and sea, ranging from mammoth Sea Turtles to small tortoises, with many variations in between.

Many of them live a precarious existence, as almost half of their species are threatened with extinction. Only Primates, with the exception of humans, are at greater risk of disappearing from the planet.

"That is a cause of concern, and most of that is due to poaching and degradation of habitat, climate change...so we need to be concerned about all of those things," says Penny Felski, Buffalo Zoo Herpetology Manager.

The Buffalo Zoo And The Seneca Nation Are Working Together To Protect Blanding&#39;s Turtles In WNY.

Zoo conservation has taken on increasing importance, and the Buffalo Zoo is no exception. One of the many programs they are involved in is in coordination with the Seneca Nation Fish And Wildlife Department. They're teaming up to protect the Blanding's Turtle, a native NY turtle threatened by habitat destruction.Felski explains.

"They bring their Blandings to the zoo, and we help the turtles lay their eggs in a safe environment, and then the Senecas bring them back to incubate the eggs and rear the turtles that hatch out, and that's giving them a head start on life. A lot of turtle nests end up being predated by Raccoons and other animals."

Turtles and their kin play an important role in the environment. For example, the Gopher Tortoise, native to the southeastern United States, is considered a keystone species. That means that this tortoise is a species that many other creatures in it's environment depend on. The burrows they dig to live in also shelter many other animals from the intense heat of the region.

"You can find Rattlesnakes sheltering in these burrows alongside the tortoise, different frogs, burrowing owls, toad species...so they really are great for the environment and the ecosystem as a whole, and if you took that piece away from that ecosystem, nothing else would replace that," says Felski

Turtles, being of a generally gentle disposition, are also a great way to introduce people of any age to Mother Nature.