Maroon is going for a third Stanley Cup in a row this season, but first he had to share his second with his adorable pups 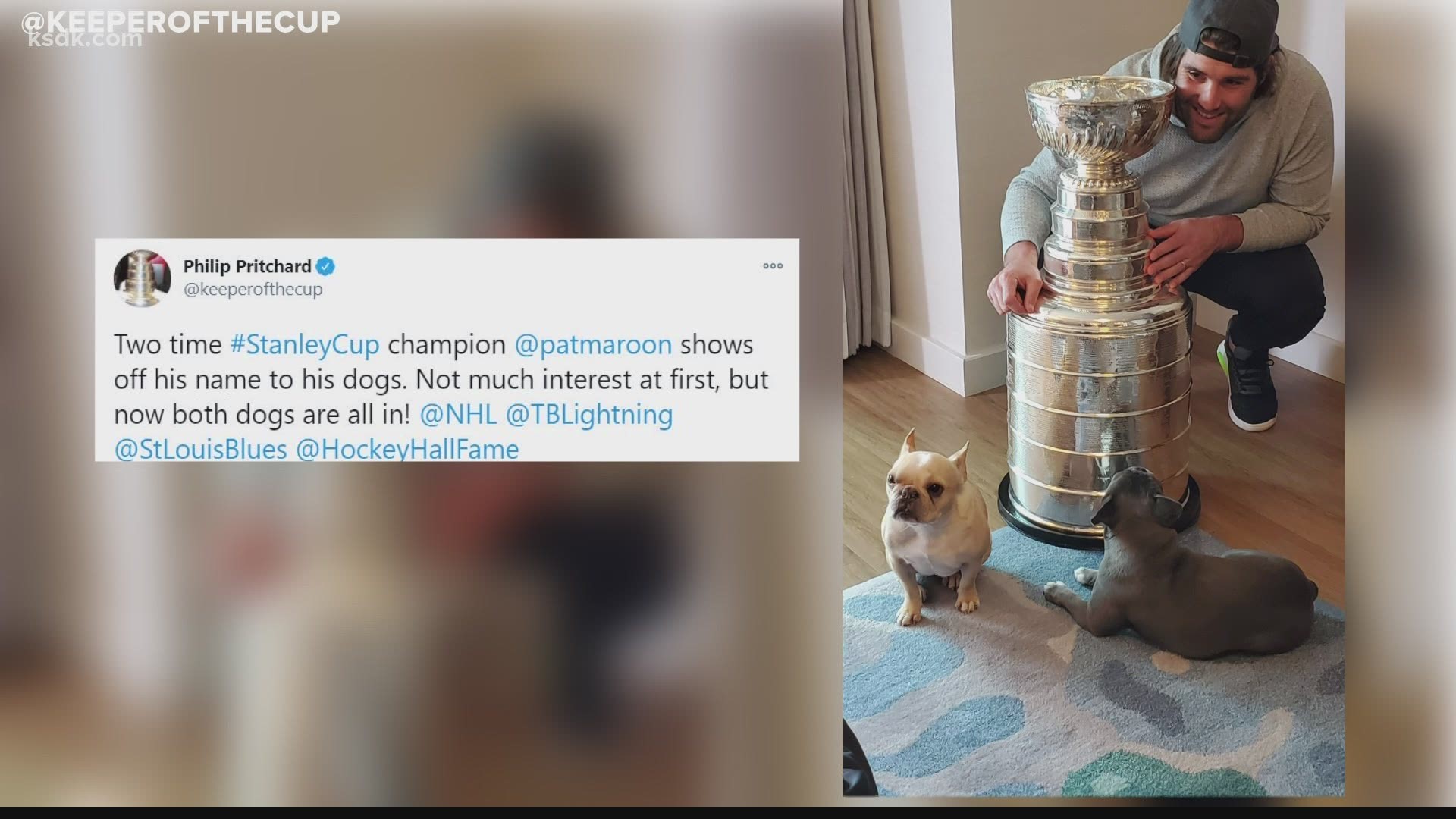 ST. LOUIS — Pat Maroon is getting pretty good as this whole "spending time with the Stanley Cup" thing.

The St. Louis native and former Blues forward won his second Cup in a row last season with the Tampa Bay Lightning, after winning it all with the Blues in 2019.

But his dogs don't seem all that impressed.

On Monday, keeper of the Cup Philip Pritchard shared a picture from one of Maroon's days with the Cup that he shared with two of his pups.

Maroon's French Bulldogs Bernadette and Blue weren't quite so interested at first, but they eventually warmed up to dad's trophy.

Two time #StanleyCup champion @patmaroon shows off his name to his dogs. Not much interest at first, but now both dogs are all in! @NHL @TBLightning @StLouisBlues @HockeyHallFame pic.twitter.com/pUDSMXKZno

Maroon is looking for a third Stanley Cup in a row this year after resigning with the Lightning in the offseason.