Remember the Big Mac Land 'M' Paul DeJong broke with a home run back in August? Well, after a generous donation, it's all Paul's! 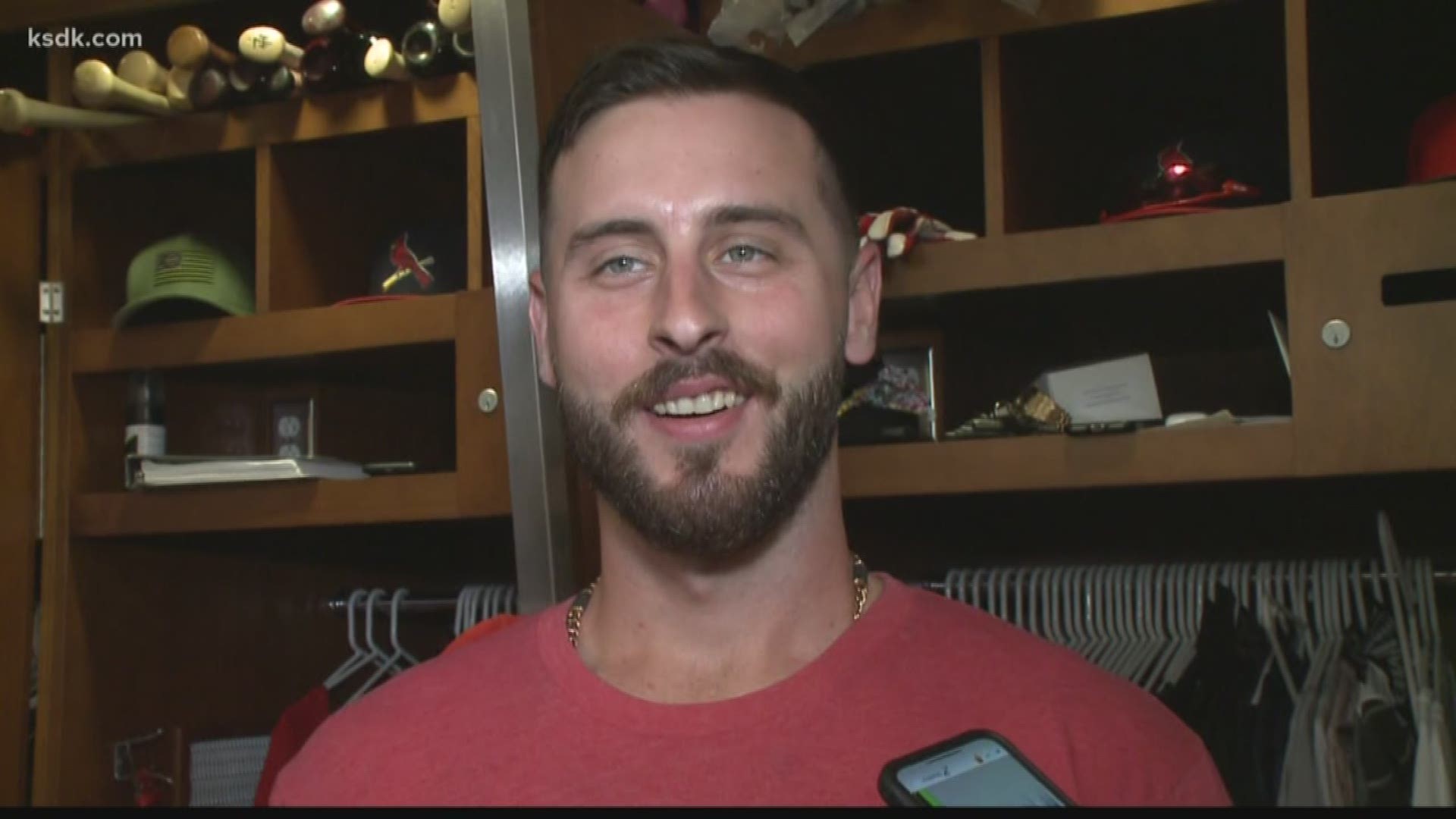 ST. LOUIS — The journey of the Big Mac Land 'M' finally has a resolution.

Cardinals shortstop broke the light fixture back in August with a big blast up to the famous Busch Stadium section.

Now, he's the proud owner of the now famous 'M'.

DeJong visited the charity on Tuesday to pick up his new "trophy" and visit some of the people the organization has helped over the years.

"I got meet some families and some kids and it just goes to show how much more there is to baseball than it may seem sometimes to me," DeJong said. "I'm just really happy to give back to this community and especially to families that need help in a tough situation."

"I've been looking for ways to give back in the community and this just kind of happend so I felt like it was meant to be and I'm going to continue to show my support for the Ronald McDonald House," DeJong said.

As for where the infamous 'M' might wind up from here, DeJong has some ideas...

"I'm going to take it up north to Wisconsin and I know all my family members up there are already planning a tour kind of like the Stanley Cup, so we'll have to maybe find a restoration expert or maybe one of my uncles can get it working again because it would be cool to see it lit up," DeJong said. "I'd like to build like a man-cave type garage to store some stuff up there and that's definitely going to be hanging up there eventually."

"It's really cool to see the dust and the dirt on it. It's definitely the authentic one. The ball's still in there. The broken Plexiglas. It's just a unique piece I'm happy to have procured," DeJong said.

RELATED: Breaking down the stretch run for the Cardinals on the Sports Plus Podcast