Petty or brilliant? Texas puts LSU band in the nosebleeds for Longhorns vs. Tigers game

The hilariously far-off seats had people talking on social media. 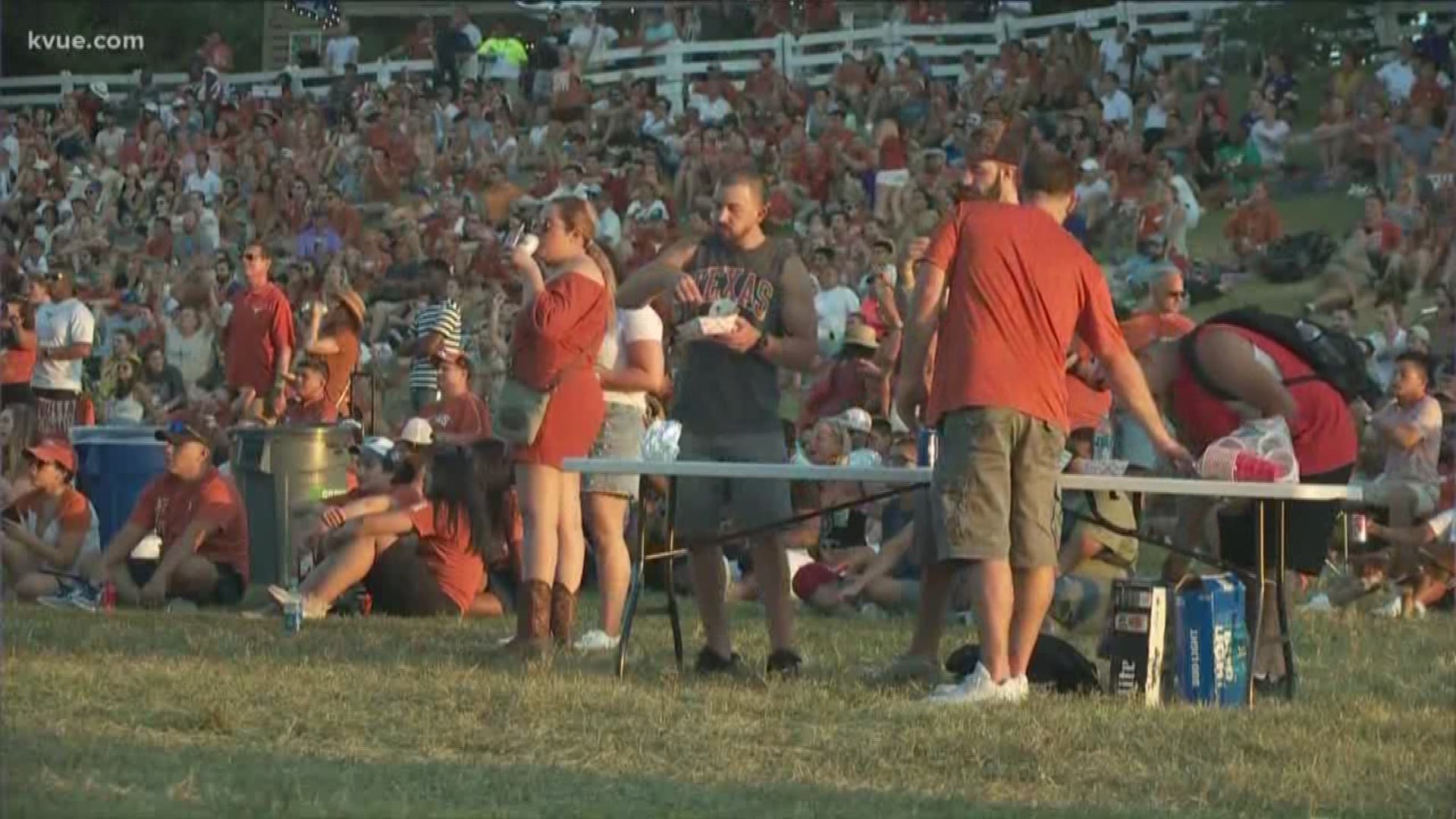 AUSTIN, Texas — The Texas Longhorns lost to the LSU Tigers on Saturday in one of the most anticipated faceoffs of the college football season.

But LSU fans soon found out they were in enemy territory at DKR Stadium, with many of the best seats reserved for Longhorn fans.

LSU was allocated just 3,000 tickets to the Saturday game, seats that were in the uppermost level of the stadium. That left about 97,000 seats for fans of Texas to cheer on the Longhorns.

The scarce allocation of tickets for LSU fans made for an awkward situation for the LSU band, who had to try to be heard from the nosebleed section.

The hilariously far-off seats had people talking on social media.

Longhorns fans might have found the situation amusing, but many Tigers fans were not impressed.

While it was the Longhorns enjoying the game on their turf on Saturday, LSU will have the chance to get revenge next season when UT heads to Tiger Stadium in Baton Rouge.

The Longhorns band might need to practice playing a bit louder in the meantime.