Alex Pietrangelo may have made some Blues history on Sunday... but it was his kids who stole the show during the post game interview! 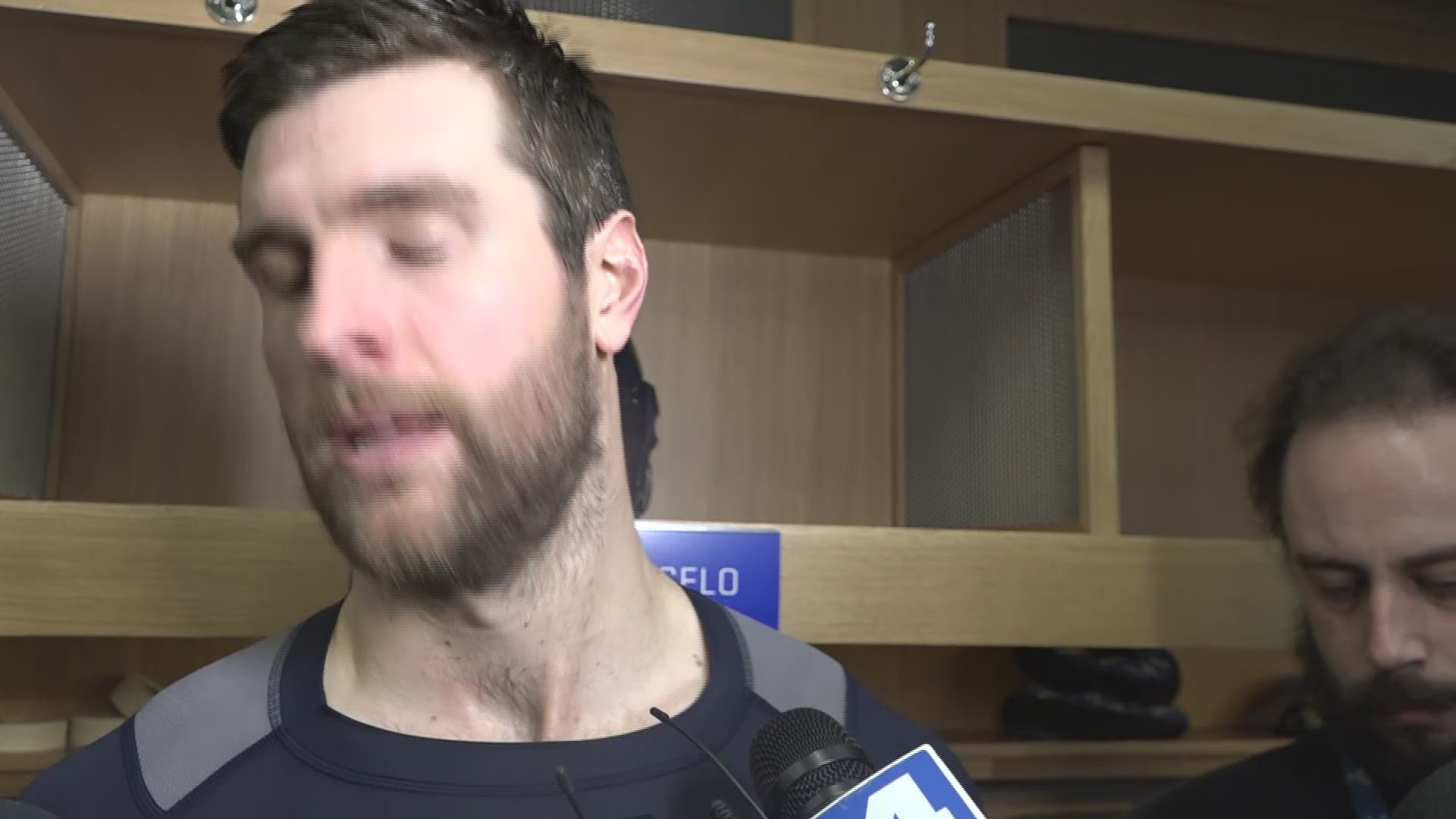 ST. LOUIS — In Sunday's win over the Winnipeg Jets, Alex Pietrangelo made some franchise history, becoming the Blues' all-time franchise leader in assists by a defenseman, with 326.

But after the game, it was a few other members of the Pietrangelo family who stole the show.

During Alex's post game interview scrum in the locker room, he was joined by two of his triplets, Oliver and Theodore. Oliver even gets some face time for the camera as he helps his dad answer some questions.

"You can give him to me, he's my sidekick," Alex said when he heard Oliver crying in the locker room.

Pietrangelo eventually ended up with both Oliver and Theodore in his arms while holding court with the media.

We've seen the Blues' captain tote his little ones around a few times this year. But, his memorable walk with them during the Stanley Cup championship parade is by far the coolest.

The Pietrangelos welcomed Theodore, Oliver and Evelyn back in July of 2018.

RELATED: Binnington named an NHL star of the week