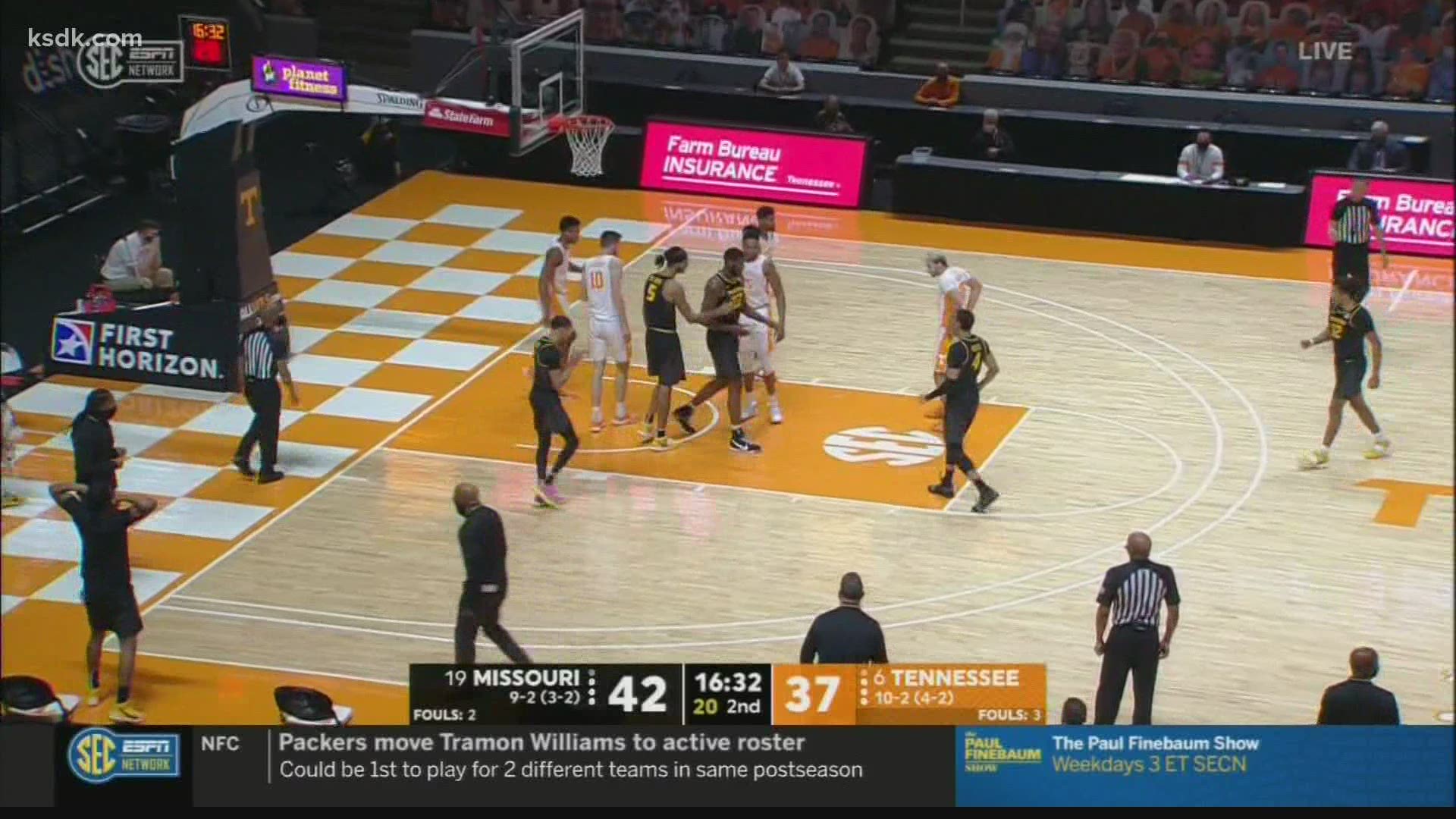 KNOXVILLE, Tenn. — Xavier Pinson scored 27 points to lead No. 19 Missouri to a 73-64 victory over No. 6 Tennessee on Saturday night.

Pinson became the first opponent to score more than 20 points against the Volunteers this season. Dru Smith added 18 for the Tigers (10-2, 4-2 Southeastern Conference).

Yves Pons paced Tennessee (10-3, 4-3) with 20 points. Victor Bailey and Josiah-Jordan James each scored 12 for the Vols, who have lost their last two games.

Tennessee played without freshman standout Jaden Springer, who missed the game with an ankle injury.

Bailey's 3-pointer shortly after halftime cut Missouri's lead to 44-40. That's when the Tigers went on a 9-2 run, keyed by a 3-pointer from Kobe Brown.

Pinson, who struggled in the previous two games, scored 19 points in the first half — including three 3-pointers — to lead Missouri to a 40-34 advantage. Smith had 13 before the break.

The opening period was an uphill battle from the start for the Vols. They committed three turnovers before scoring a point and trailed 17-5 by the midway point. Pons was the only effective scorer for Tennessee with 15.

Tennessee narrowed the gap to 32-29, but couldn't get any closer before halftime.

Missouri: Pinson totaled nine points, three assists and nine turnovers in the previous two games. Getting him on track was imperative for the Tigers.

Tennessee: Getting — and keeping — Springer healthy is critical for the Vols going forward. He was limited against Alabama and Florida, both losses, and missed this game entirely.

Missouri: Back-to-back road games will be a challenge. A night game in Knoxville will be followed by a trip to Auburn on Tuesday.

Tennessee: Lessons learned from a blowout loss at Florida last week and Saturday's tough game with Missouri should be put to use Tuesday at home against Mississippi State.

GREAT win for Cuonzo & the boys.