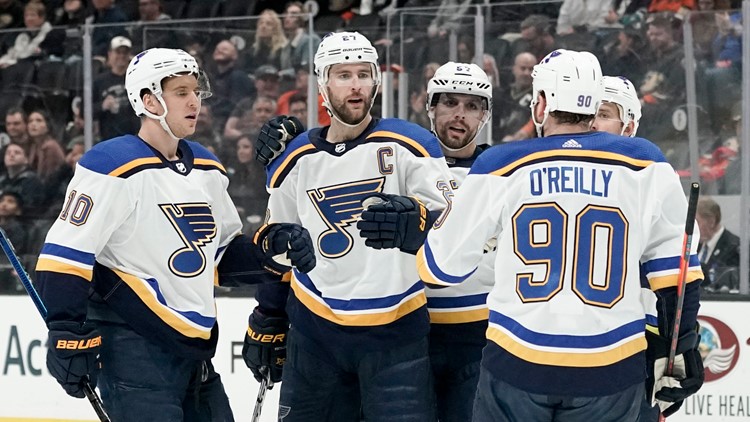 ST. LOUIS — As the concern over COVID-19 continues to grow, so does the length of teams, leagues, and organizations that are taking precautionary action.

The National Hockey League will follow in the footsteps of others that have paused, suspended, postponed, and cancelled games, tournaments, and seasons amidst the pandemic.

The NHL announced Thursday that the league will be pausing the 2019-2020 season.

“In light of ongoing developments resulting from the coronavirus, and after consulting with medical experts and convening a conference call of the Board of Governors, the National Hockey League is announcing today that it will pause the 2019-2020 season beginning with tonight’s games,” NHL Commissioner Gary Bettman said.

“The NHL has been attempting to follow the mandates of health experts and local authorities, while preparing for any possible developments without taking premature or unnecessary measures,” Bettman said. “However, following last night’s news that an NBA player has tested positive for coronavirus – and given that our leagues share so many facilities and locker rooms and it now seems likely that some members of the NHL community would test positive at some point – it is no longer appropriate to try to continue to play games at this time.”

There are 11 NHL and NBA teams that share the same arenas. This was perhaps part of the big concern following the announcement that two Utah Jazz players have tested positive for the coronavirus.

The Utah Jazz announced Thursday that star Donovan Mitchell tested positive for the coronavirus. Mitchell is the second Jazz player who’s tested positive following Rudy Gobert, whose diagnosis led to the postponement of Wednesday’s game against the Oklahoma City Thunder.

The NHL has not yet announced whether or not teams will be able to weight train, or skate during this “pause.” There’s also been no clarification if players will be allowed to travel to their homes outside of the United States during this period of suspension.

“We will continue to monitor all the appropriate medical advice, and we will encourage our players and other members of the NHL community to take all reasonable precautions – including by self-quarantine, where appropriate,” Bettman said. “Our goal is to resume play as soon as it is appropriate and prudent, so that we will be bale to complete the season and award the Stanley Cup. Until then, we thank NHL fans for your patience and hope you stay healthy.”

There has been no NHL player to test positive for the coronavirus as of Thursday afternoon.

The St. Louis Blues returned home Wednesday evening following a victory in Anaheim and spoke during the post-game interview session before the league announcement was made.

“It’s a bigger issue than a hockey game,” Blues head coach Craig Berube said. “They gotta do what they gotta do. We gotta deal with what we gotta deal with. That’s the way we gotta look at it. I mean if they do that, you know we gotta wait a month or whatever. And we gotta just keep ourselves in shape, and keep ourselves as sharp as we can until we start up again. Ya know, that’s all you can do.  I mean you can only control what you can control.”

Outside of professional sports, there have also been plenty of sporting events altered, postponed, suspended, or cancelled at the high school and college levels.

More than 13 conferences around the country have cancelled their league basketball tournaments on Thursday amid growing concerns surrounding COVID-19.

This includes Atlantic 10 tournament that the Saint Louis University men’s basketball team was scheduled to play in on Saturday.

The NFL has canceled spring meetings. The MLB is suspected to suspend spring training later on Thursday afternoon.

The Cardinals completed a spring training game in Florida against Miami on Thursday afternoon.

RELATED: She's 9 years old, and she'll be golfing at Augusta this April