During her 91 games as a Lady Bear, former Webster Groves Statesmen Rachael Sondag has knocked down 195 threes and counting. 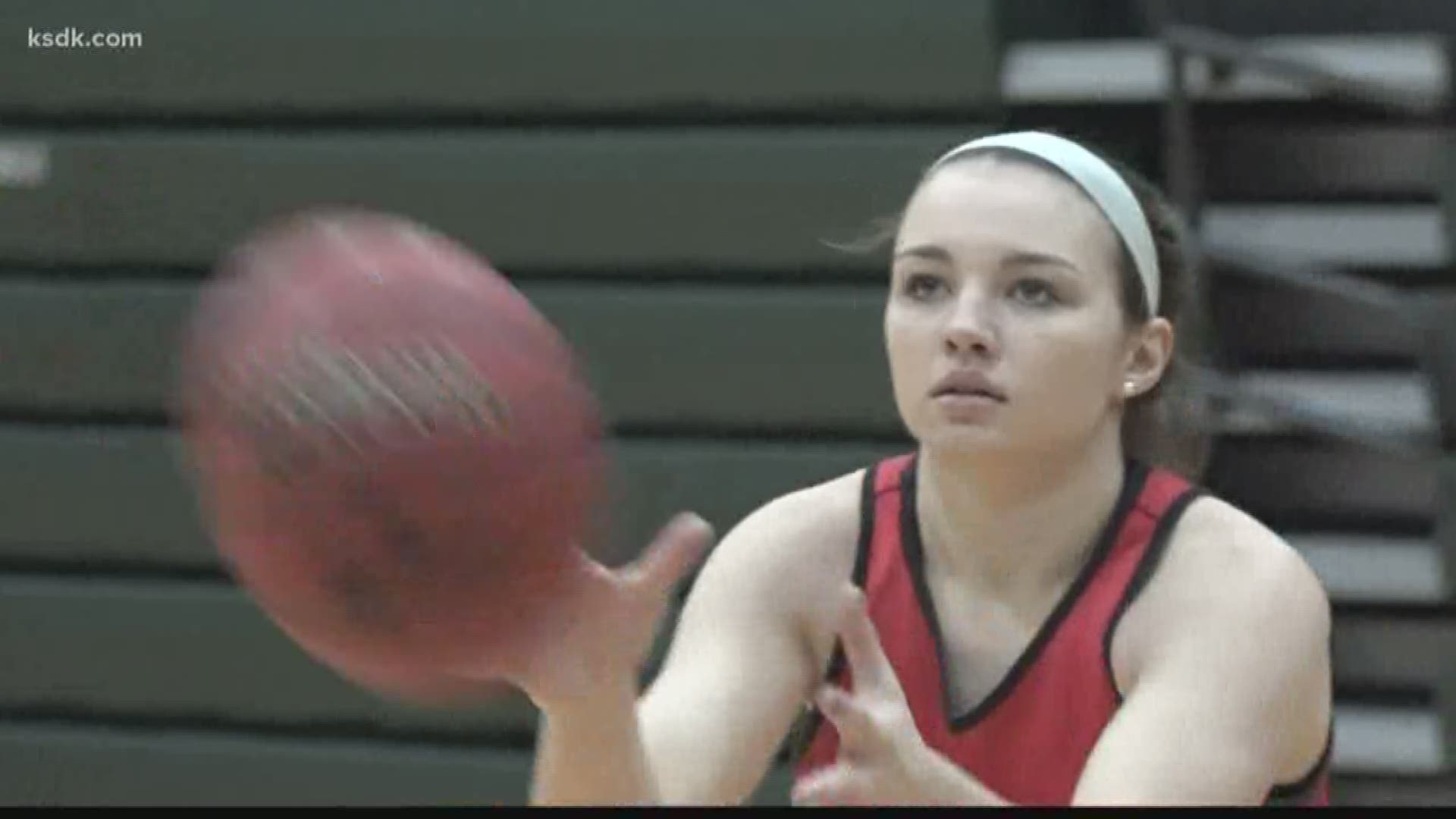 ST. LOUIS, Mo. --  Over the course of four years, Washington University senior, Rachael Sondag lacks no confidence when it comes to knocking down a big shot.

"I mean at this point it's kind of mechanical, I don't have to think about it."

During her 91 games as a Lady Bear, former Webster Groves Statesmen Rachael Sondag has knocked down 195 threes and counting.

With the approval of her head coach Randi Henderson, Sondag fires away.

"She always gives me the green light which is very important," Sondag said.

Sondag would shoot her way into the record books for the most three-point field goals made in WashU women's history. But that's the last thing she cared about when she first step foot on campus.

"That was not on my mind, when I came here I was expecting to play some basketball, get a good degree and get a job," she said.

Henderson said she's always impressed with Sondag and the rest of her team for their ability to balance a full course load and basketball.

"I think the amount of things they're doing and maximizing their time with and balancing their time, they're committed to doing it at a high level is awesome," Henderson said.

The small lethal shooter is the total package, she gets good grades, is a leader on campus and oh yeah, she plays defense too.

"She's guarding the toughest player in every team most of the time and if she was a little bigger I'd have her guard the post player too," Henderson said.

There's nothing the Sondag isn't willing to take on at this point. whether it's hitting the big shot, or guarding the opposing teams best player, or preparing for the real world. She's ready for the challenge.

"When you're losing a kid as locked In and capable as she is, it's tough to replace," Henderson said.