The River City Rascals have played in O'Fallon for 21 years. With the club announcing they are ceasing operations, Thursday night was a bittersweet final hurrah. 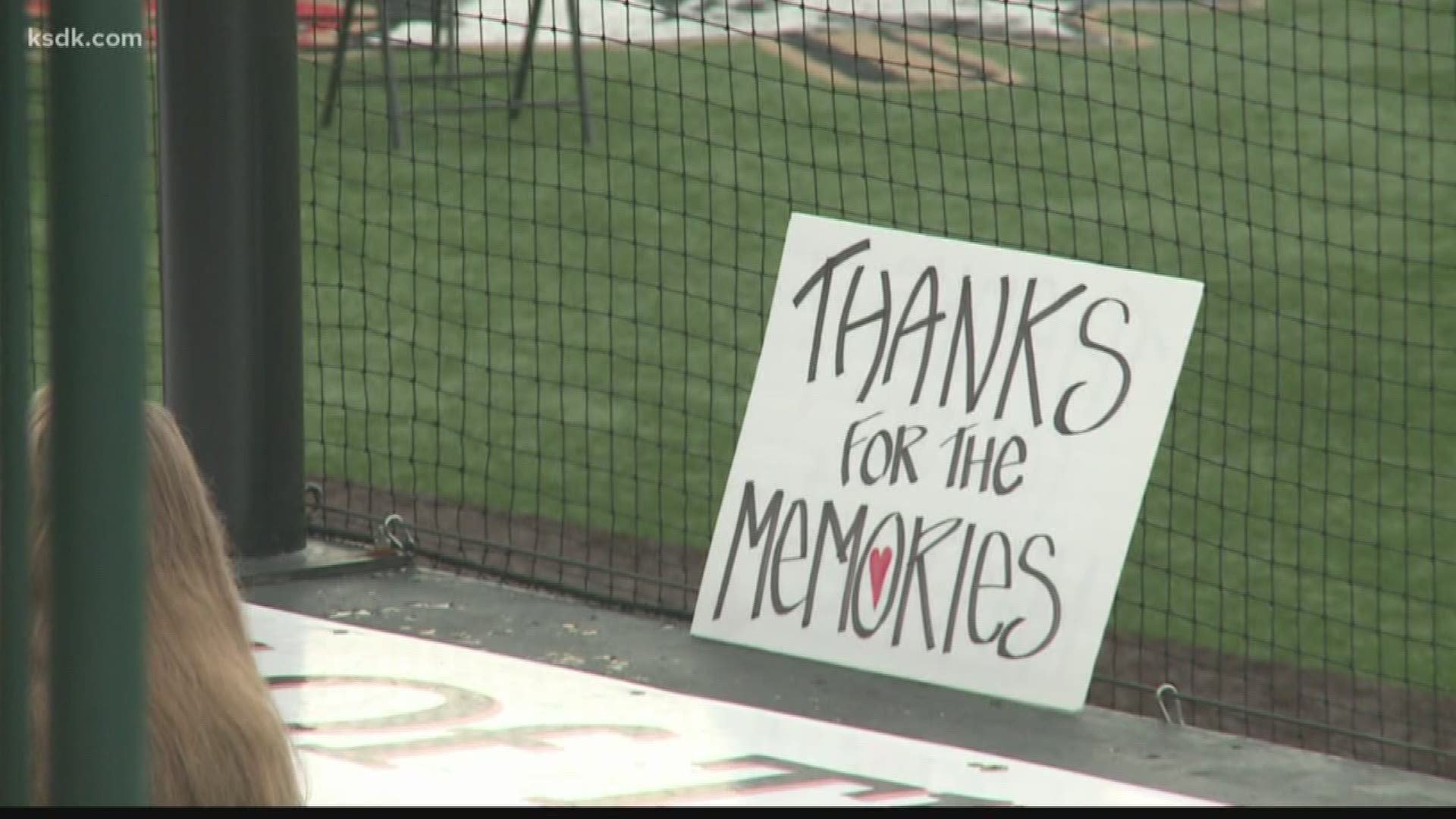 Thursday night's 1-0 loss to Washington looks to be the cap on that 21 year run.

Earlier in August, the Rascals announced the club would be ceasing operations, leaving CarShield Field without a tenant, and O'Fallon without a team.

Thursday's game was a bittersweet chance for fans to say one last goodbye to their beloved Rascals, and pull for their team to extend this farewell season into the playoffs.

Many fans from over the years showed up to bid the Rascals farewell, including some who have been there since the beginning, and even housed players in their own homes.

"It makes us all sad, but we're still happy and you can see we're all here still because these guys mean more to us than anything else," season ticket holder Vicki Vineyard said.

When asked what they would think about when that final out was recorded, longtime fans knew it would be tough.

There is still a chance minor league baseball could live on in O'Fallon.

If the city can reach an agreement with a new ownership group and team, there might still be a chance to continue the tradition the Rascals started 21 years ago.

"Getting to the playoffs, and great wins and tough losses are probably things I'm going to miss the most," Rascals Manager Steve Brook said. "I hope it's not, but like I said from the beginning I'm going to do this until someone kicks me out, and hopefully I'm not there."

The Rascals are currently fighting for a Frontier League playoff spot, with just two games remaining in the regular season, both on the road.