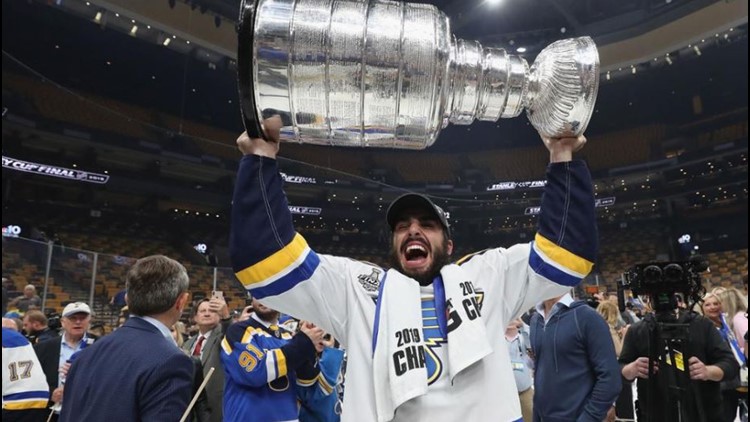 The Blues are left to sign forwards Ivan Barbashev and Oskar Sundqvist, defenseman Joel Edmundson and goalie Jordan Binnington among their regulars.

Binnington (July 20), Sundqvist (July 24) and Edmundson (Aug. 4) all have arbitration hearing dates scheduled should should the Blues and the respective players not come to an agreement by their dates. Goalie Ville Husso (team-elected arbitration on July 22) and defenseman Mitch Reinke are also RFA's.

Fabbri, 23, is coming off a challenging season, frequently being a healthy scratch for long stretches of the season, after missing all of 2017-18 and the final 31 games of the previous season stemming from two torn ACL's in his left knee. Fabbri initially injured his knee Feb. 4, 2017 against Pittsburgh and re-injured the same knee during training camp despite playing in one preseason game at Washington before the 2017-18 season. Both injuries required surgery.

In 32 regular-season games last season, Fabbri had just two goals and four assists, and in the Stanley Cup Playoffs, he scored a goal in 10 games (Game 1 against the Dallas Stars in the second round) to help the Blues to their first championship in franchise history.

“Dakota has had an outstanding college career and we are excited to be adding him to our team,” Blues general manager Doug Armstrong said in a statement.

Joshua was originally drafted by the Maple Leafs in the fifth round of the 2014 NHL Draft.

Party of 5? Cardinals and rest of NL Central gearing up for taut 2nd half

Sports Plus: Worrying about the Cardinals at the halfway point