Sadie Wise nominated for NCAA Woman of the Year Award

"No surprise in the sense she encompasses everything SLU and SLU athletics are about," Connoyer said. 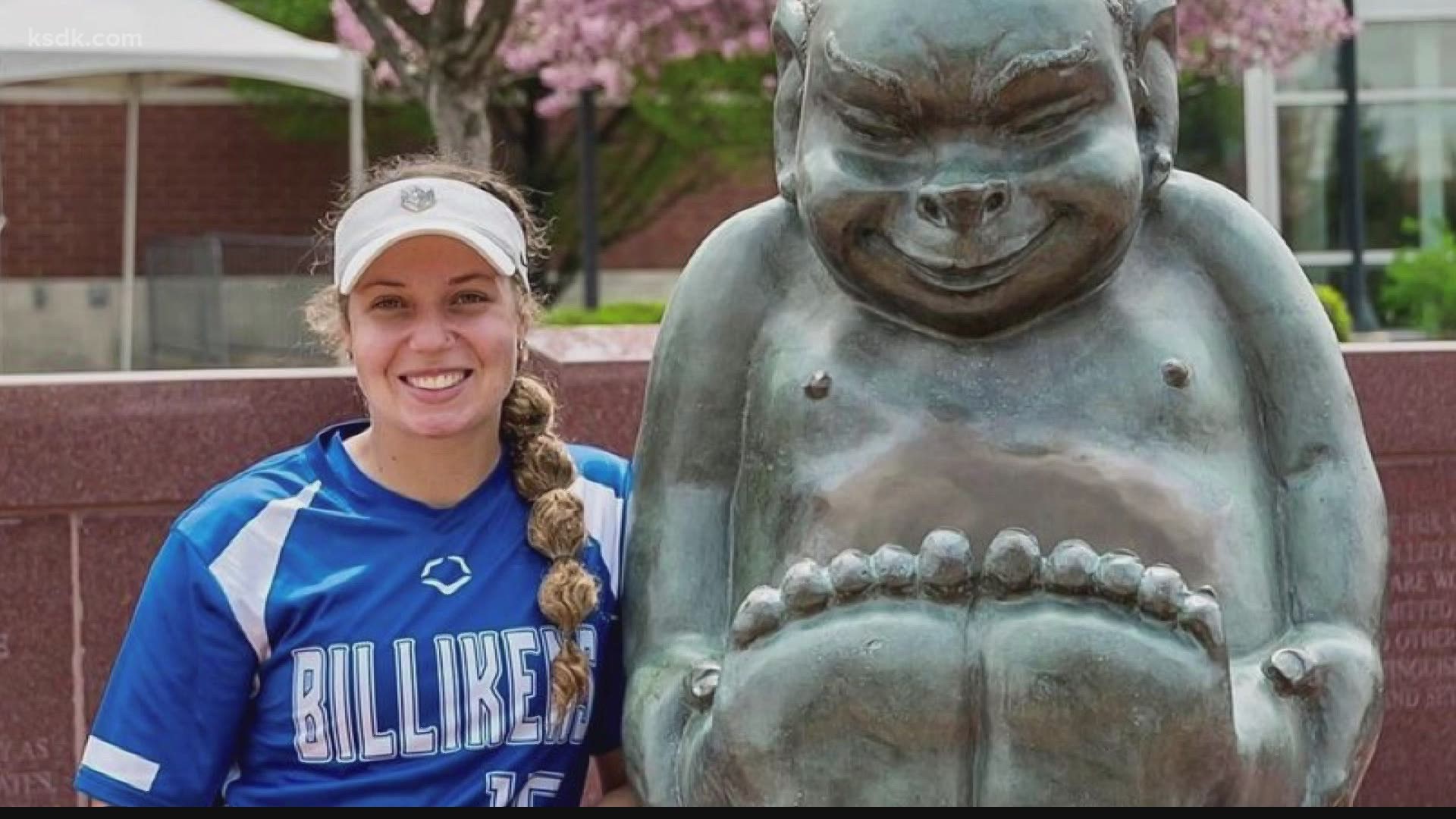 ST. LOUIS — In four years as a Saint Louis Lady Billiken, Sadie Wise has started every game on the softball diamond.

“Sadie is an exceptional player,” head coach Christy Connoyer said. “She's an athlete that drives the ball well to all parts of the field, leads on the field."

But maybe her biggest accomplishment is being nominated for the NCAA Woman of the Year Award.

"No surprise in the sense she encompasses everything SLU and SLU athletics are about," Connoyer said.

The award is presented to someone who excels on the field, in the classroom and in the community, something Wise takes great pride in.

“I just know so many people have helped me get to the point that I am today, so I just want to give back to those who have also helped me get here,” she said.

Wise graduated with a bachelor's degree in occupational science already which means she’s free to venture into the real world. Instead, she’s coming back to SLU for more.

“I will be coming back next year for my 5th year and continuing my schoolwork in occupational therapy,” she said.

Due to the COVID pandemic, the NCAA has granted all seniors an extra year of eligibility, a decision sure to bring a smile to Coach Connoyer’s face.

“Just very fortunate to be able to coach her,” Connoyer said.