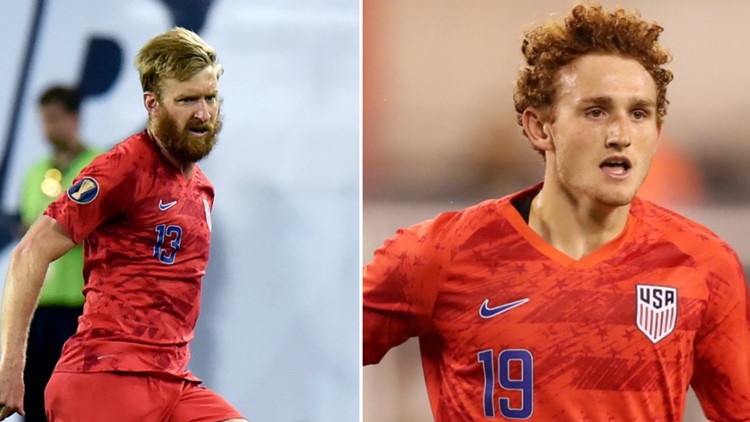 Sargent, Ream get hometown starts for US vs Uruguay

ST. LOUIS — Josh Sargent and Tim Ream got starts in their hometown of St. Louis as U.S. coach Gregg Berhalter made seven lineup changes for Tuesday night's exhibition against Uruguay.

Sargent, a 19-year-old forward from O'Fallon, Missouri, was in the stands for the previous U.S. match at Busch Stadium, a World Cup qualifier against St. Vincent and the Grenadines in November 2015.

Ream, a 31-year-old from St. Louis, captained the U.S. for just the third time following an exhibition against Ecuador on March 27 and the CONCACAF Gold Cup semifinal versus Jamaica on July 3.

A day after his 35th birthday, Brad Guzan was in goal for the Americans for the first time since last Nov. 15 at England. Midfielder Sebastian Lletget got his first start since a Lisfranc injury in a World Cup qualifier against Honduras on March 24, 2017.

Lletget and Roldan were in front of Yueill, with Boyd on the right wing and Morris on the left flanking Sargent, who replaced Gyasi Zardes heading the attack.

Playing its last match before its CONCACAF Nations League opener against Cuba on Oct. 11, the U.S. was missing many regulars. Central defender John Brooks, right back DeAndre Yedlin and midfielder Tyler Adams are hurt, and star midfielder Christian Pulisic and goalkeeper Zack Steffen returned to their European clubs last weekend.

RELATED: Opinion | How the Cardinals are using a complete game to win and why I think it can continue

RELATED: 'It's going to be incredible' | United States soccer star Josh Sargent thrilled to play at home in St. Louis