How MLS will impact St. Louisans who aren't soccer fans

Other MLS markets like Nashville have incorporated "Community Benefit Agreements." Co-Owner Jim Kavanaugh says they have no plans to do so. 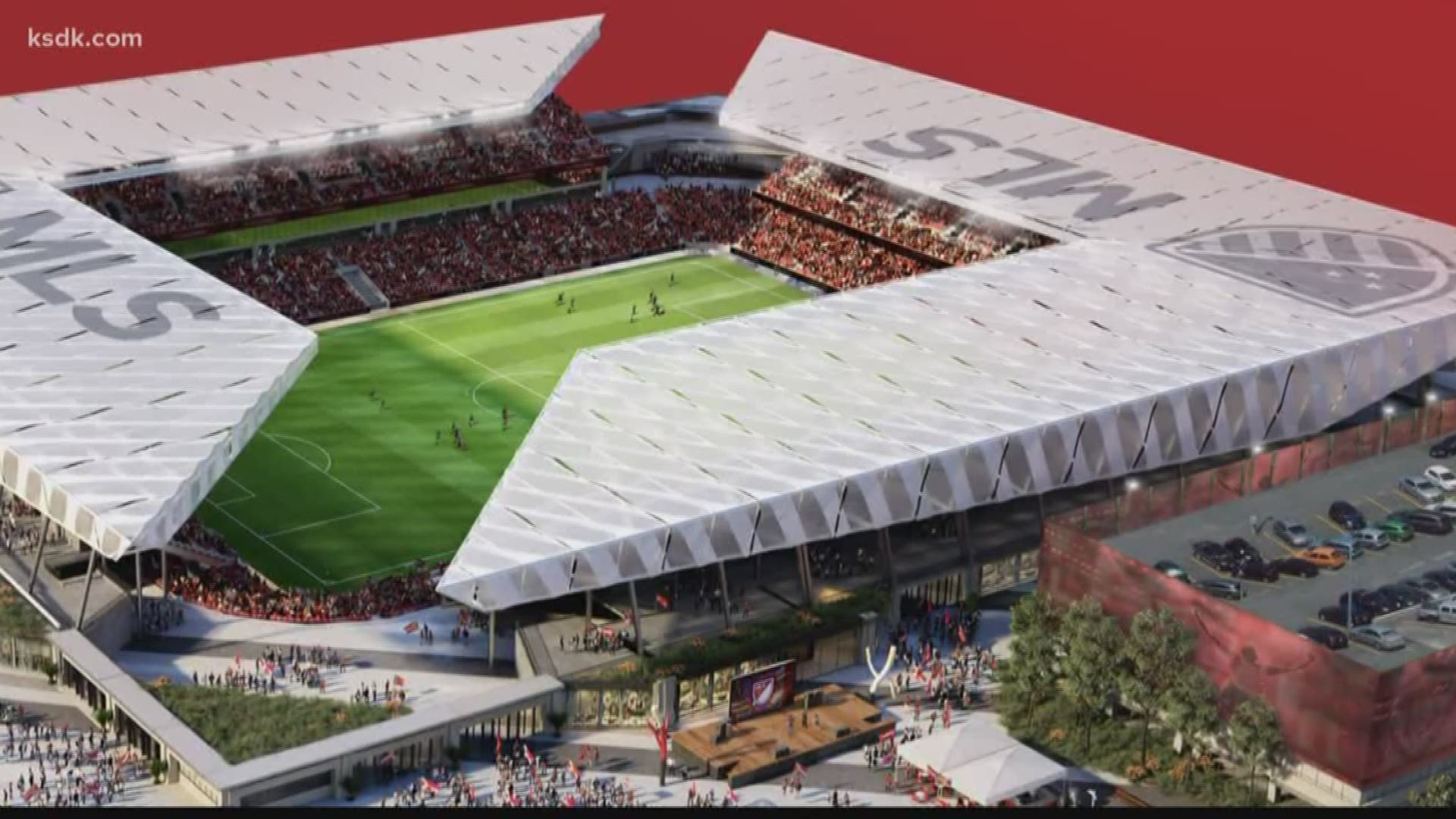 ST. LOUIS — Just like any victory, a win is best celebrated with your most passionate fans. That's how St. Louis celebrated a new MLS team, by inviting excited fans to Urban Chestnut Brewery.

But as with any sport, there are plenty of folks outside the walls of Urban Chestnut who don't care or couldn't afford it even if they could.

"We feel it’s something that is going to positively impact our community in so many different ways," said Jim Kavanaugh, one of the owners. "When you think about it, soccer is the most multicultural, global sport in the world, it brings people together."

For the non-soccer supporter, Kavanaugh said their new stadium in the western portion of downtown St. Louis will host other events like concerts, family shows and esports competitions.

It'll also bring in 500 temporary construction jobs and they estimate 450 permanent staff working directly or indirectly for the team.

"You’ve got full-time and part-time workers that will be working the stadium and the events, and then you have the multiplier effect of things going on around the stadium — bars, restaurants, hotels," says Kavanaugh.

But as with any deal, the devil is in the details.

Several local lawmakers have taken to Twitter to push for a community benefits agreement or "CBA."

Nashville, which begins play in the MLS next year, incorporated a CBA requiring a housing development that is included in their stadium design, to include a portion that offers affordable housing and childcare.

Right now, St. Louis doesn't have a housing component to their design, and evidently, they don't have a plan for a CBA either.

"We’re not focused on putting together what I would say is a structural, legal community benefits agreement," Kavanaugh said.

The Nashville CBA also stipulates all stadium employees have salaries starting at $15 an hour.

Kavanaugh said they haven't gotten that far in their plans, but didn't rule it out either.

"There’s going to be a lot of things you’ll see that we believe will directly connect to like a CBA agreement," he said. "We see soccer as a platform to connect with a lot of inner-city kids and actually bring people together from all walks of life."

So as the work begins to formulate a stadium agreement that the city can agree to, Kavanaugh hopes it's something we'll all cheer about whether you're an actual fan or not.

"When you bring these types of good things together, it will positively impact our community, jobs and our people," he said.