Progress: Here's how the St. Louis City SC stadium is coming along 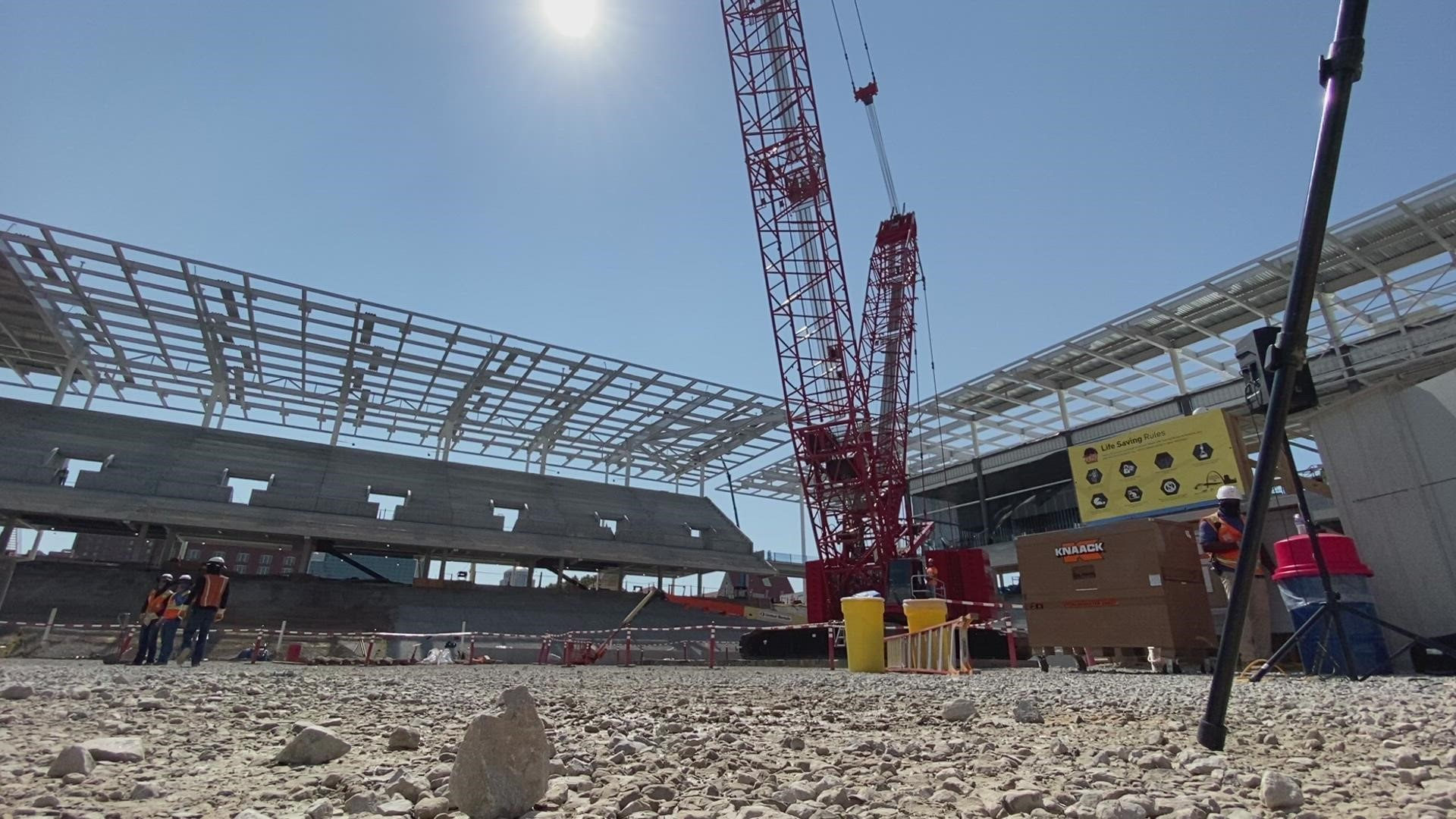 The placement of the final steel beam of the superstructure brings the project one step closer to completion as the stadium begins to integrate into the St. Louis skyline and the growing urban landscape in Downtown West.

So far, just over 10 million pounds of steel have been incorporated into the stadium since the first steel column was placed in December 2020.

That's not the only thing crews have been working on though. Concrete floors are placed, and the construction team is working on the roofing, curtain walls, field lighting, speaker supports and metal panels for the new stadium.

With all of that complete, the next major phase includes the exterior enclosure and interior mechanical, electrical, plumbing and finishes. And later this year, the team is looking forward to celebrating the first seats being anchored within the stadium.

Working on St. Louis City SC's training facility also is a priority for the construction team in the coming weeks.

1 / 4
St. Louis City SC
Construction crews hit another milestone, with hopes to be done in time for the 2023 MLS season.

You can stay up to date with the soccer stadium developments by visiting the St. Louis CITY SC website.