The stadium will have an open design that lets people see inside and give fans a view of Downtown St. Louis' most famous landmarks 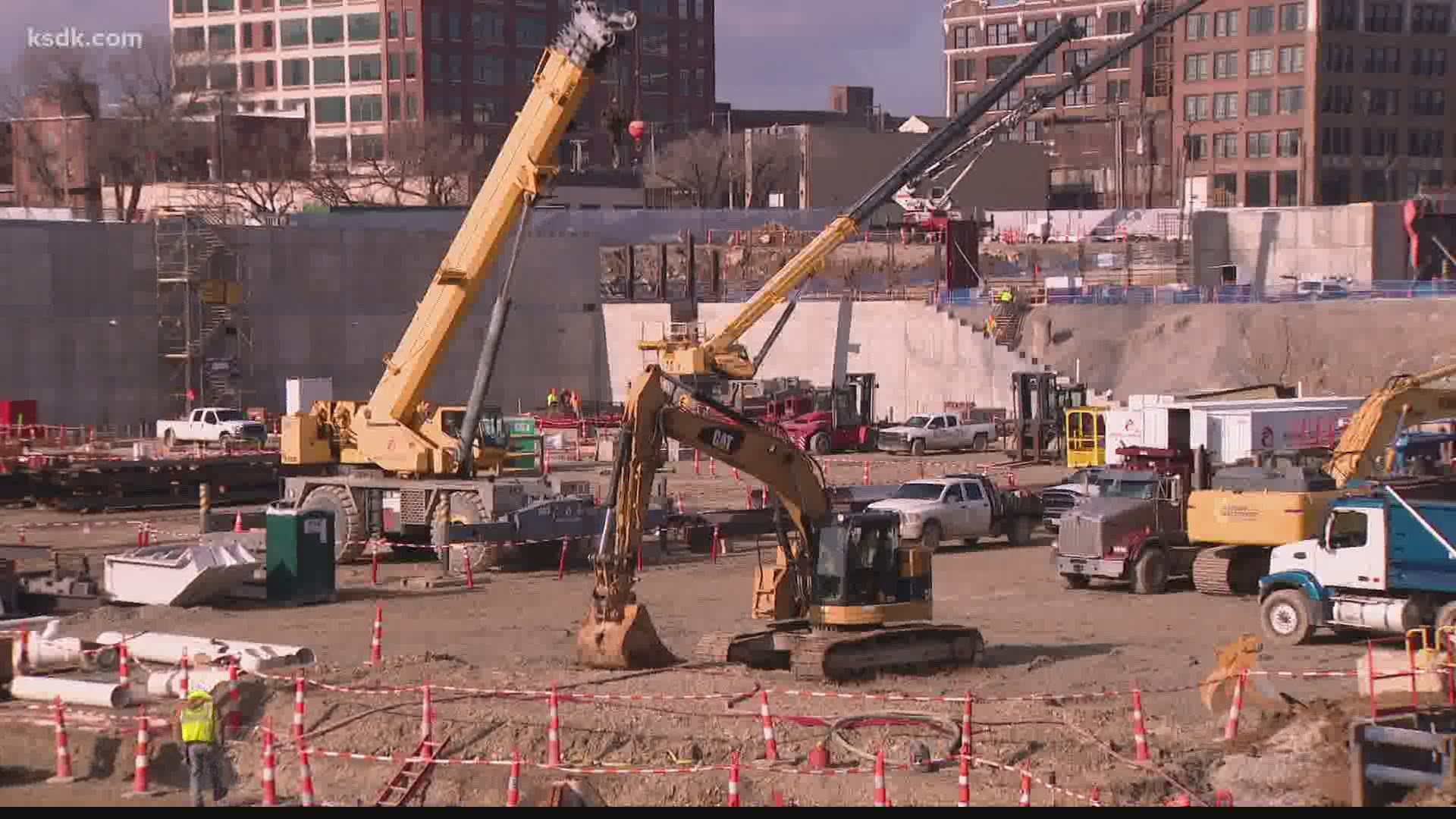 ST. LOUIS — The coronavirus may have delayed St. Louis' entry into Major League Soccer, but the team continues to make progress on stadium construction.

In a virtual roundtable discussion Wednesday, St. Louis CITY SC revealed new renderings for its open-air stadium and new information about the facility.

The stadium, which will be located along Market Street between 20th and 22nd streets, will also feature a team facility, restaurants and a plaza.

The new details about the stadium include:

The ownership group said the stadium will be open on all sides, providing a "welcoming urban design."

Construction on the site has continued through the pandemic. The team said mass excavation and tunnel construction has been completed. The next step is the placement of the structural steel in the ground, which is scheduled for this month.

Each winner will also get a photo at the stadium site and a commemorative St. Louis CITY SC hardhat.