St. Charles man wants to make history at the Indy 500

A St. Charles man needs your help to raise sponsorship money to make it in the Indy circuit with hopes to become the first Black driver to win the 500 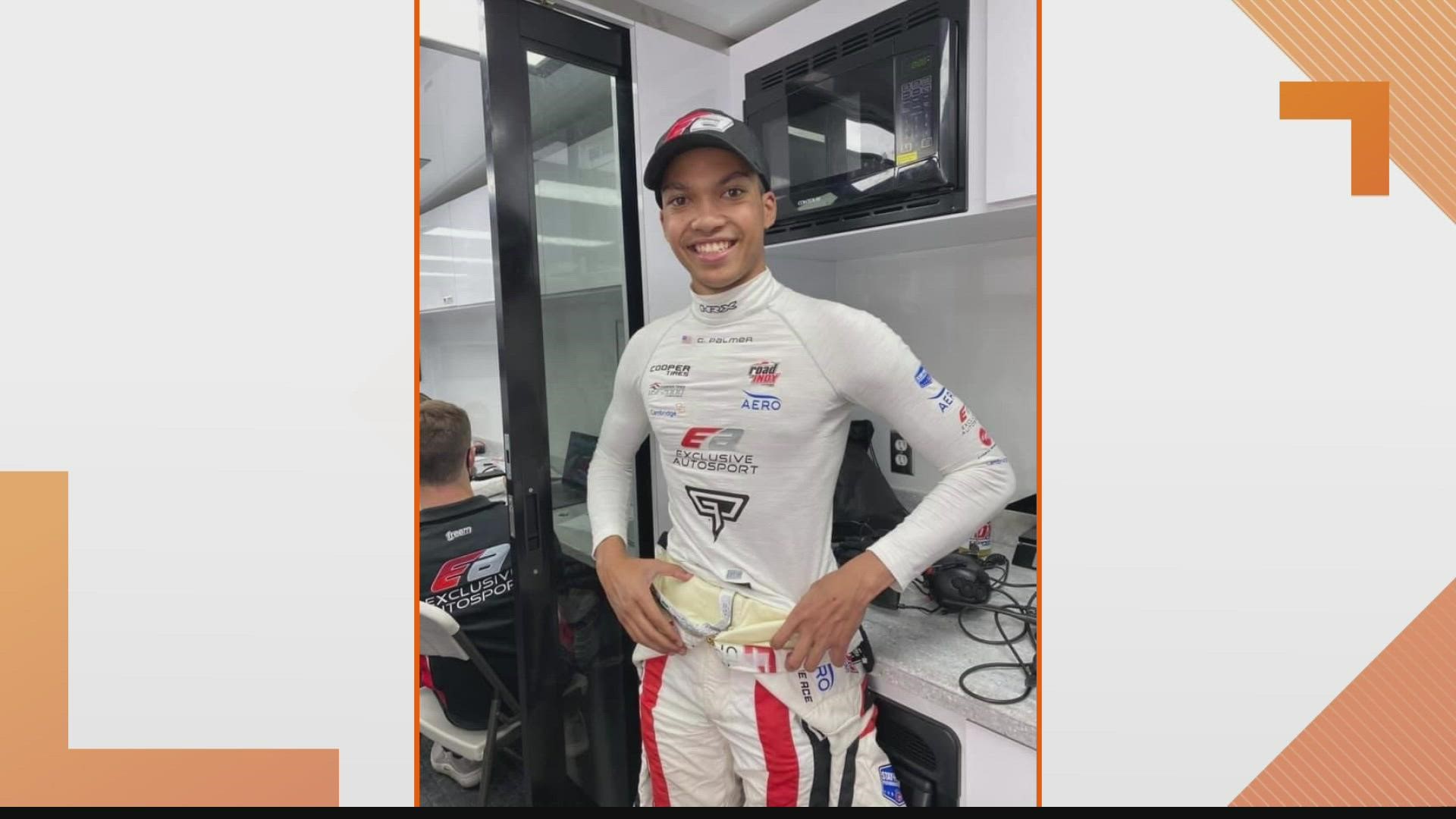 ST CHARLES, Mo. — Indy car racing is coming to World Wide Technology raceway in less than a month with the Bommarito 500. Grant Palmer, a 20-year-old St. Charles resident, has aspirations to not only drive in that race someday but to be the first Black racecar driver to win the Indy 500.

It's a pricey goal that will require the help of the community.

Palmer is the 2020 SCCA Super Tour FX class champion, but he has set his sights higher. He wants to follow in the footsteps of Willy Ribbs and Lewis Hamilton and wants to be more than just one of the few Black drivers to ever race in the Indy circuit.

He knows he may have a lot of pit stops along the way, as racing is a pricey sport due to the need for sponsorships. He also needs to make it from USF2000 to Indy Pro 2000, Indy Lights and eventually the IndyCar series. A GoFundMe is underway with hopes to raise $200,000. He is doing his part by teaching race car driving to kids and adults at World Wide Technology Raceway.