St. Louis area products Fairbanks and Fleming are thriving in their rookie years for the Rays, and chasing a title 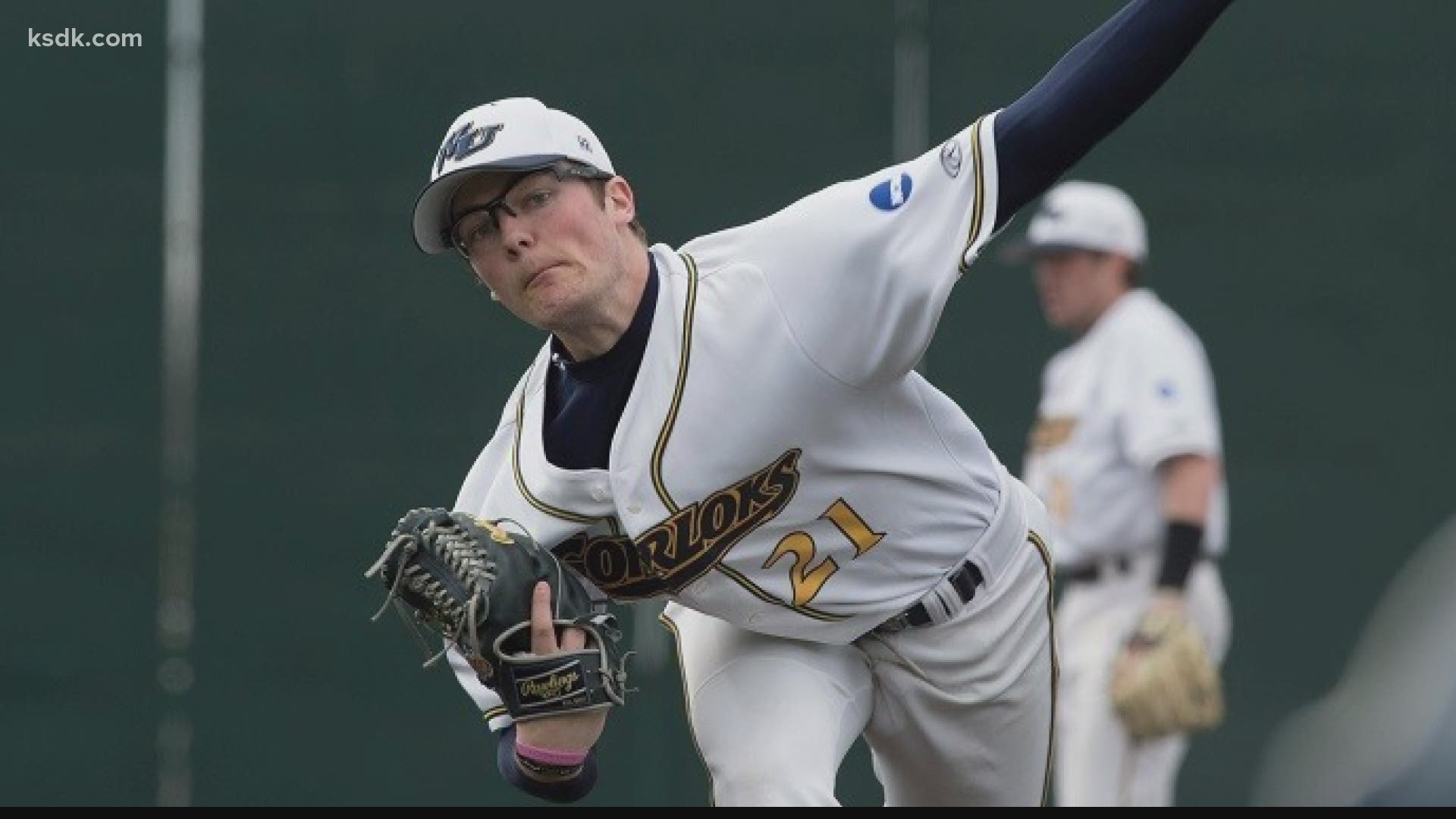 Pete Fairbanks and Josh Fleming have had rookie years to remember for the Tampa Bay Rays, but now they're just four wins away from doing something really special.

Fairbanks, the righthanded Webster Groves and Mizzou product, has settled into a role as a high-leverage reliever called on to shut things down for the American League champs.

He also closed out the ALCS for the Rays, and got the celebration every kid dreams about. It was also the celebration his grandparents Pat and Gary Eisenhart had been dreaming of, albeit nervously.

"When they brought him in in the eighth with two on and two out, and he gave up a hit and two runs scored, I was sweating," Gary said. "And when they brought him back out in the ninth, he struck out the first two... You could see when he got that third out in the eighth his confidence was high, he stuck out the first two and the third guy hit a fly ball and it was all over. What a relief."

Fairbanks' quick rise to being one of the top bullpen arms of the postseason has happened in what seems like the blink of an eye.

"It's just kind of unbelievable. We watched him pitch in his first game last year in Dallas. And to see this all happen in a year, wow. It's exciting, but it's pretty tense when you're watching it," Gary said.

So now, Pat, Gary and much of the rest of Fairbanks' family is loading up and heading down to Arlington for the World Series to hopefully see their star win a championship.

"We had the whole family on a conference phone call and we were trying to get tickets and a hotel and it took a while but we got it all figured out," Pat said.

"It might only happen once in my lifetime. And I'm 80 years old now. Gotta do it while you can," Gary said.

Fleming, the lefthanded Columbia High School and Webster University product, is the first Gorlok to ever appear in the Major Leagues, and has become a reliable spot starter and second arm out of the bullpen for Tampa Bay.

Fleming went 5-0 for the Rays in his rookie campaign, with a 2.78 ERA. In the postseason, he's appeared in just one game, throwing three innings in the ALCS. He did crack the World Series roster for Tampa.

The World Series in Arlington is quite a long ways from the division three fields of Webster University.

"To see him three years ago pitching for us, and in our conference at the division three level and he was so dominant. And then you watch him strike out Bryce Harper. It's a very surreal thing to watch, and I couldn't be any more proud of him," Webster University head baseball coach Bill Kurich said on 5 On Your Side sports director Frank Cusumano's radio show on 590 The Fan, KFNS.

Fleming's MLB rookie dominance wasn't always a sure thing when he arrived at Webster, though.

"He was about 6'1" and about 155-160 pounds coming out of high school and was a great pitcher. Certainly not to take anything away. He threw a ton of strikes and hardly walked anyone and had a great high school career. But he only threw around 81-82 miles per hour and the lack of velocity just didn't attract the attention from the big schools," Kurich said. "We certainly saw him and liked him and were very fortunate to get him. We knew he was going to be good, but to see this coming, nobody could've ever seen it coming. He gained weight, he got bigger and stronger, and by the end of his freshman year that 81-82 mile per hour fastball turned into a 90 mile per hour fastball in about nine months."

For his former coach, seeing Fleming perform like he has on the biggest stage in baseball has been a thrill.

"It's an emotional thing. I've gone from being almost nervous when he got in the game, to, you know he's had such success in his seven or eight outings he's appeared in that to me it's just getting to be 'Old Josh'. He was so dominant for us, and he just comes in and does his thing. He's so poised," Kurich said. "I just expect him to do well and handle the moment. He has the ability to slow his heart rate down and handle the moment better than anyone I've seen."

Now these two local products are on the cusp of becoming World Series champions in just their first years in the league. And if this is just the beginning of their careers, who knows how high they could fly?