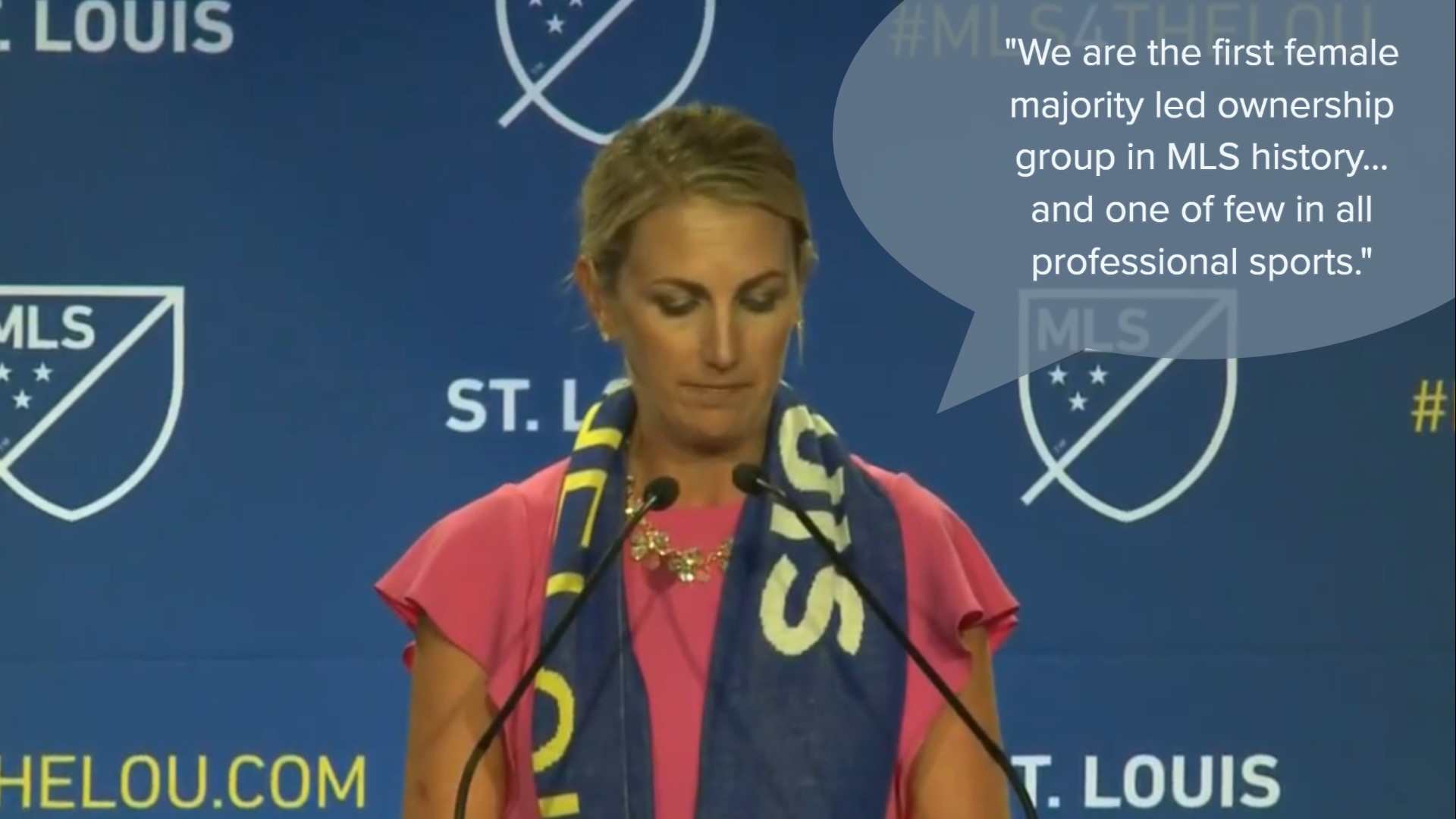 “It is with great pride that we welcome St. Louis to Major League Soccer,” MLS Commissioner Don Garber said in a statement. “St. Louis is a city with a rich soccer tradition, and it is a market we have considered since the league’s inception. Our league becomes stronger today with the addition of the city’s deeply dedicated soccer fans, and the committed and innovative local ownership group led by Carolyn Kindle Betz, the Taylor family, and Jim Kavanaugh.”

St. Louis will be team 28 in the league, with two more expected to be added soon. St. Louis’ unnamed team is expected to begin play in 2022.

The state-of-the-art stadium will be built next to Union Station. The planned 22,500-capacity stadium, includes a promise that every seat will be within 120 feet of the field, as well as a translucent canopy that will provide cover covering for the fans while allowing light to reach the field.

“I think our hope is to be an inspiration and a role model for young women, young girls - whatever you want, you have to be able to pursue your dreams. And we’re just excited to be able to continue to hopefully be a good model, certainly encouragement to others out there,” Betz said.

Betz shared a photo of her on Twitter with a sign that said, ‘Carolyn’s first day as an MLS team owner.’

RELATED: Soccer could bring part of downtown St. Louis back to life

RELATED: What would you name a St. Louis MLS team?