"We’re preaching to these guys. Stay hungry and just stay motivated, and we’re gonna be in this gym working, and hopefully have a big year ahead" 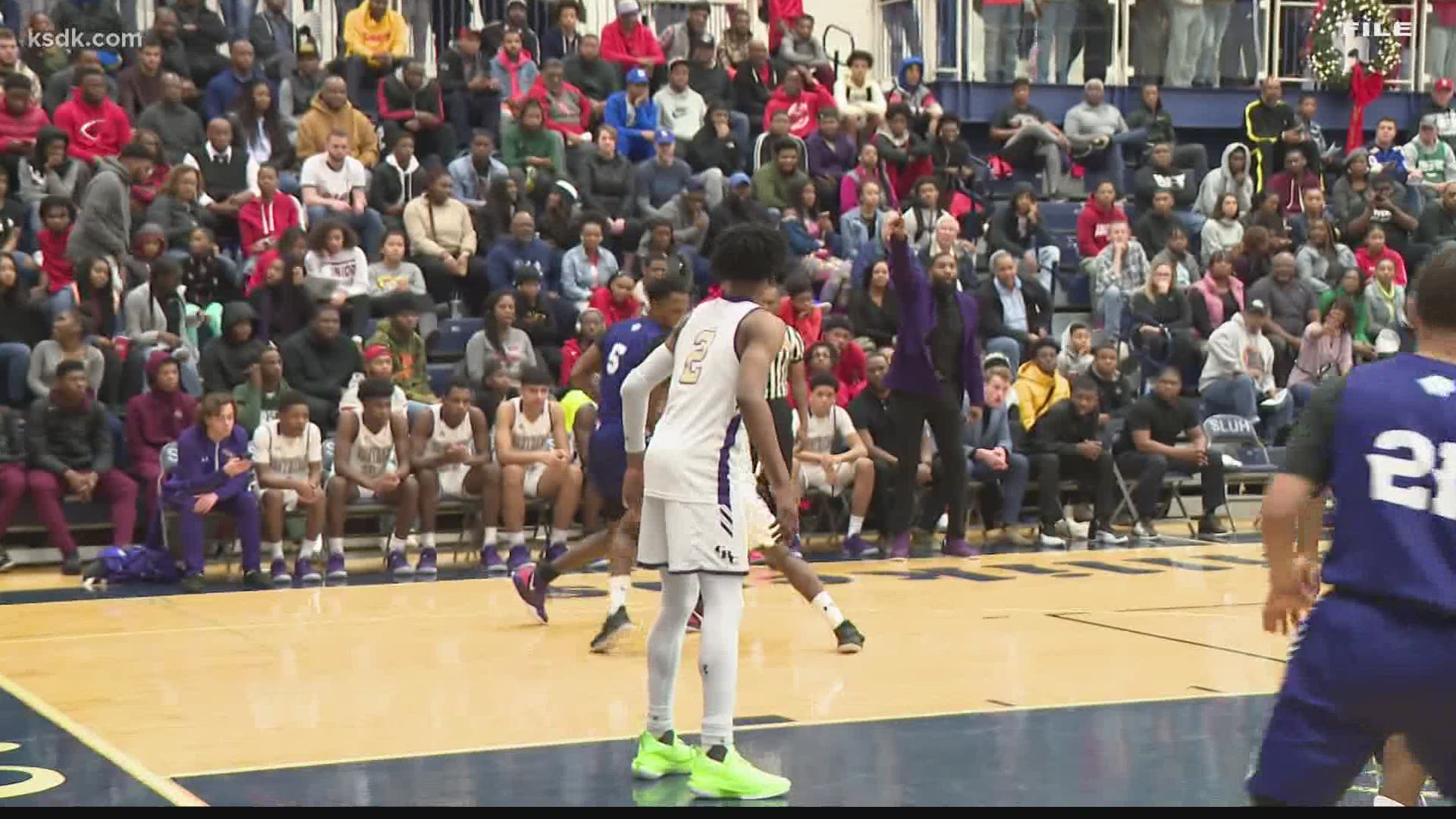 ST. LOUIS — For St. Louis Christian Academy, the high school basketball season is always different from other local teams given the Grind Session national league the school travels to play in.

But this year, the school's head basketball coach Casey Autenrieth said it’s even more unique, as the Cougars will travel to play in different bubbles on a regular basis.

“We’re pretty good because we’re pretty isolated,” Autenrieth said. “We’re all in the same hotel. They’re doing a really good job of keeping teams away from each other. So there’s one team in a gym at a time during shootarounds and practices. Obviously, we’re not shaking hands after games. The refs are doing a good job social distancing. So that’s definitely been an adjustment with the masks.”

On Friday, the team will play in the Iverson Classic in Memphis, Tennessee, with senior small forward Jordan Nesbitt leading the way.

Nesbitt was named as a Sports Illustrated All-American candidate on Monday and is a top 40 national prospect in the 2021 class.

“He’s matured and he’s been a great leader with this group so far,” Autenrieth said. “And he’s been our one veteran that we’ve had to kind of bring these guys along to explain the process to them, and just kind of be there when we need him. These guys know they can lean on him as a vet and as a senior. Man, he just had a great first event and we need him to keep doing that during the rest of the year to be consistent, and I know that he will. Just excited about him and his future for sure.”

Nesbitt was named player of the game in the Cougars’ victory over Dream City Christian in their first bubble league series of games. His 38 points, eight rebounds, and two assists were only the starting point of his success so far.

Autenrieth said the goal is to keep his players focused on the end goal, despite the external stress of playing during a pandemic.

“Ya know high school, consistency is one thing you always strive for, but it’s also one of the things a lot of programs and teams struggle with,” Autenrieth said. “And so, it’s one of the things we’re preaching to these guys. Stay hungry and just stay motivated, and we’re gonna be in this gym working and hopefully have a big year ahead.”