The C-Flap is all the rage of Major League Baseball and youth baseball. But is it safe? One organization is arguing against it. 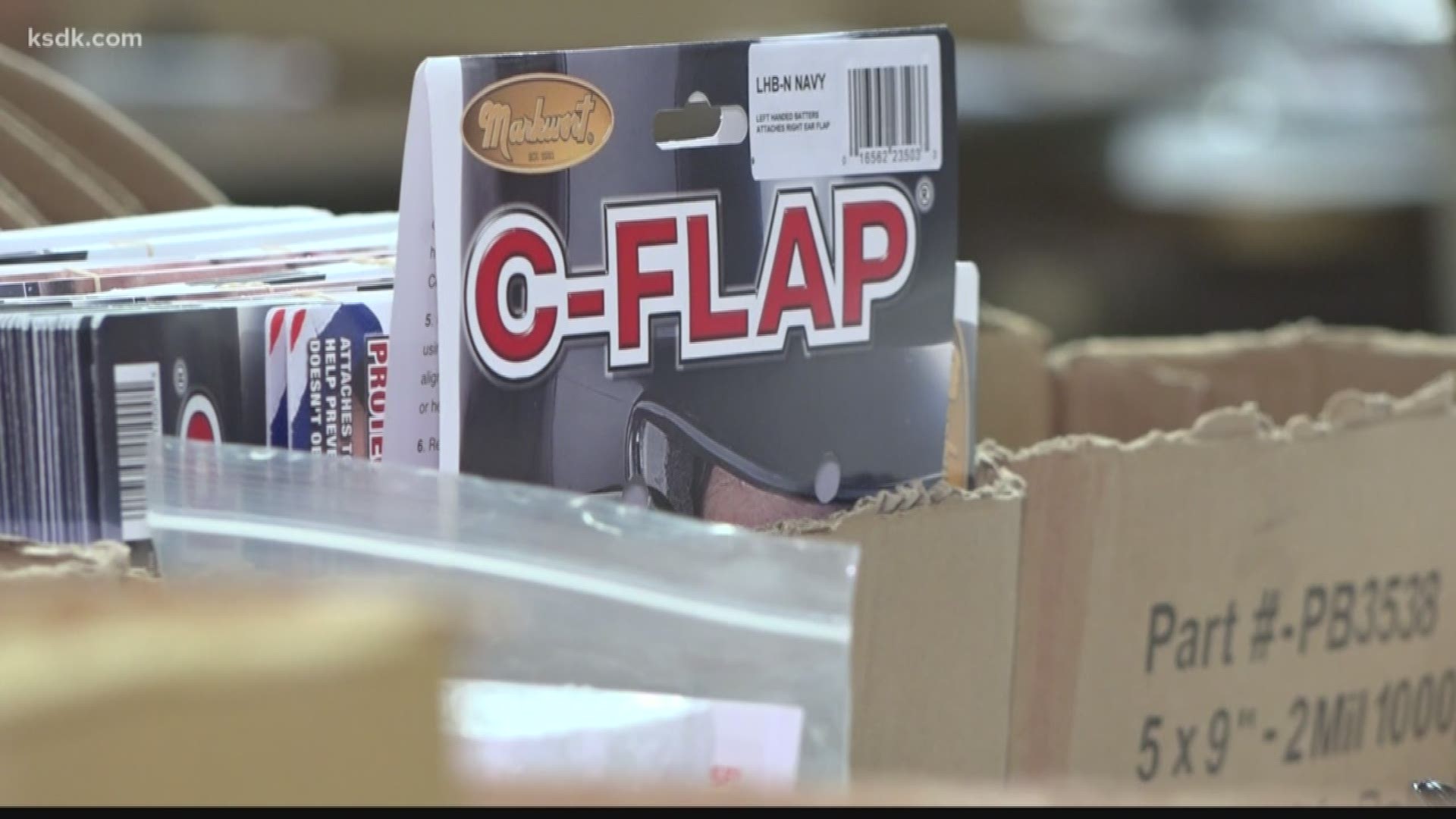 CREVE COEUR, Mo. — One of the hottest safety devices in baseball is being challenged because one organization believes it may not be safe enough.

The "C-Flap," which is assembled by the St. Louis company Markwort Sporting Goods Company, has been assembling and selling the C-Flap for years. But sales have exploded over the last five years.

In fact, Herb Markwort, President of Markwort Sporting Goods Company, said the C-Flap is their best-selling product, making up 15 percent of all their sales.

“Here in St. Louis, Yadier Molina was one of the first stars to wear C-Flap before he got hit," Markwort said.

“All of the youth players, seeing all the star players wear it, they wanted to wear it too.”

“If you’ve seen people get hit, it’s traumatic not just for the player but for the people on the team who witnessed it," Markwort said.

But the C-Flap is getting some flap for not being safe enough — at least according to the National Operating Committee on Standards for Athletic Equipment (NOCSAE).

According to the non-profit, adding a C-Flap to a helmet could void any safety certifications.

“The issue for us is very specific. When equipment is certified as compliant with our standards, it has to be certified in the configuration in which it’s going to be offered for sale," said Mike Oliver, Executive Director of NOCSAE.

In other words, adding the C-Flap attachment creates a new “model” of helmet that hasn’t been safety tested. It’s then up to the manufacturer to decide whether to void the safety certification. In some cases, this means Little Leaguers won’t be allowed to wear C-Flaps in a game.

So what does NOCSAE recommend for hitter safety? Helmets with face guards, otherwise known as wire-guards. The reasoning behind recommendation a face-guard is because it protects the batter's entire face, not just the cheek or jaw.

“You have to be able to see the ball if you’re going to hit it and C-Flap allows you to do that," said Markwort.

NOCSAE warned the C-Flap may void helmet safety in May of last year. Markwort was initially worried the warning would affect their hottest selling item. However, sales are stable. And Markwort is noticing many organizations are thinking for themselves despite NOCSAE's warning.

“The important thing is that the youth organizations that work with NOCSAE think for themselves and adopt the safety products that will protect their players. And it does no good to adopt a wire-face guard rule if nobody is going to wear it," said Markwort.

Who is and who isn't allowed to wear the C-Flap

AAU says that any product that aids in the safety of their baseball players is approved, including the C-Flap.

The NFHS is allowing teams to make their own decisions regarding the use of the C-Flap, granted that both teams agree on terms of use before games.

Little League only allows hitters to use C-Flaps if they have a notice from the manufacturer stating the attachment doesn't void the helmet's NOCSAE safety certification. Also, the notice must be shown to the umpire before each game.

The C-Flap was invented in the 1980s. Markwort bought the patent and began selling the product roughly 15 years ago. NOCSAE uses SEI (Safety Equipment Institute) for testing and certification. SEI certification began in 2015. Before that year, manufacturers certified their own products.