Breaking down St. Louis' case against the Rams, how long it could take and how much money is at stake 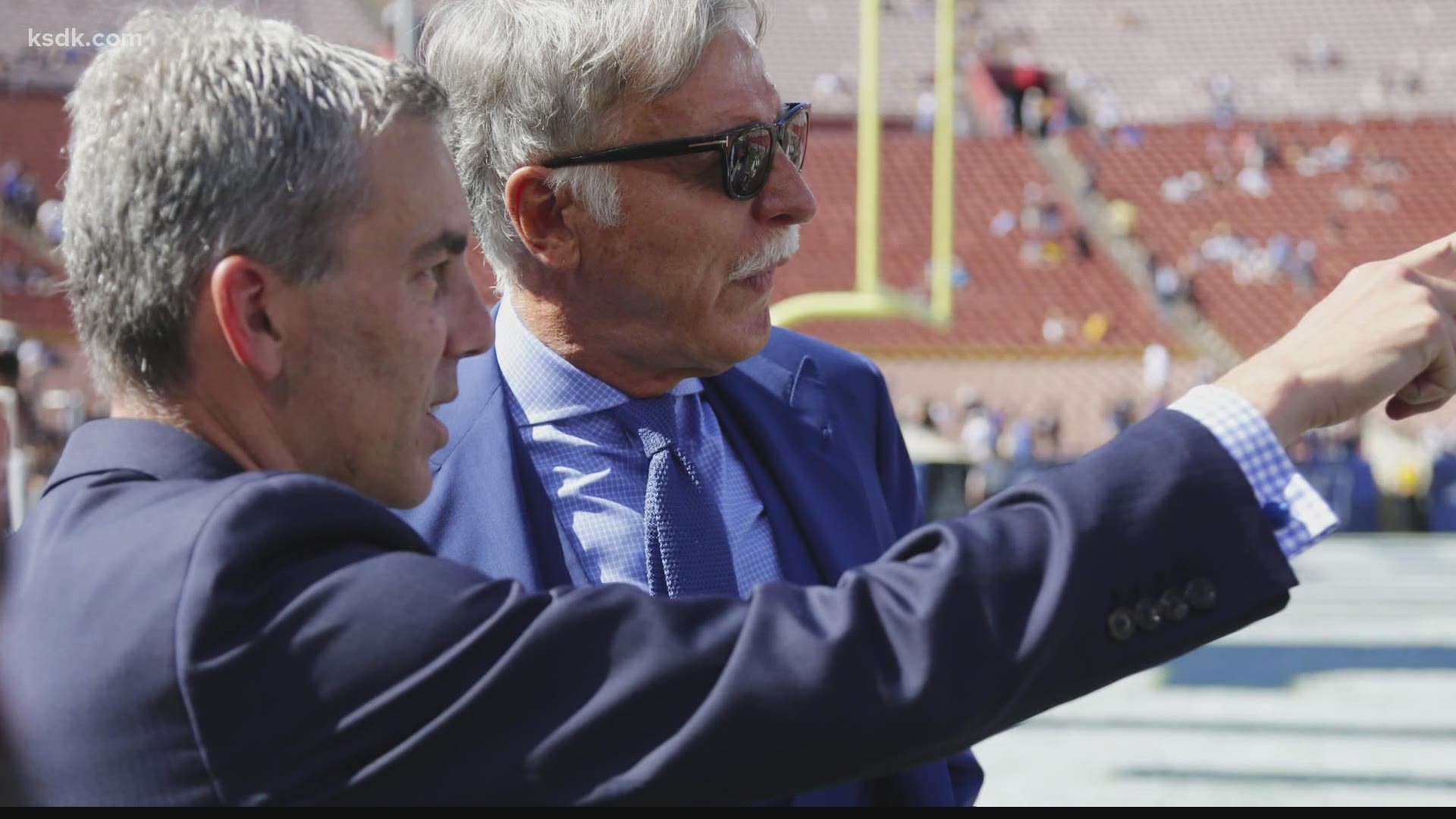 ST. LOUIS — With new developments coming to light in the ongoing case between St. Louis and Los Angeles Rams owner Stan Kroenke and the NFL, there's a buzz around town about what could come next.

The St. Louis Regional Convention and Sports Complex Authority (RSA), the City of St. Louis and St. Louis County filed a lawsuit in 2017 regarding the Rams 2016 relocation. The lawsuit says the NFL broke its own policy in moving the team.

5 On Your Side sports director Frank Cusumano sat down with Richmond Heights attorney Chet Pleban of Pleban and Petruska Law Firm to talk about the ongoing case and what the future could hold.

Cusumano: "What could the eventual payout be to the City of St. Louis if they win?"

Pleban: "If St. Louis wins? You mean when St. Louis wins. When St. Louis wins, that settlement could be, I think it could approach $1 billion. I say that because I believe there's going to be a punitive damage award in addition to the actual damages."

Cusumano: "Why could the amount get so high?"

Pleban: "Certainly beyond compensatory damages, punitive damages are designed to punish. Their conduct was reprehensible. They lied. There's no other way to describe it. You talk about a nice phrase, 'fraudulent misrepresentation', I call it lying. And now they'll testify under oath, are they really gonna say the same thing? Under oath are they really going to deny they did and said these things? I doubt it."

Cusumano: "What would happen to the money if Kroenke loses?"

Cusumano: "If it goes to trial, what are the chances we see Stan Kroenke on the stand?"

Cusumano: "Gut feeling right now do you think this actually goes to trial or is it settled beforehand?"

Pleban: "No. I think the case will settle for a couple reasons. Number one, I don't think the NFL is going to allow the city of St. Louis to get into their inner workings. And secondly, I think there's potential for punitive damages. And if that is the case, this could be a massive, massive judgement against the NFL and Stan Kroenke personally."

Cusumano: "What from the recent revelations should make St. Louis feel optimistic?"

Pleban: "What jumped out was that they're now able to get into the personal financial net worths of five of these owners. I think that spells trouble both personally for these five and as well for the NFL generally, and of course Stan Kroenke.

"I think the city has a lot of ammunition and a lot of arrows in their quiver to fire at these folks."

Cusumano: "As far as an appeals process, how long could that take if it happens?"

Pleban: "That appeal process could take quite a while. I would say potentially as much as five years."