Two titles, three runs, and so many memories. But which players ended up on Buffa's list, and more importantly, why them over the others?

ST. LOUIS — Who stood out among the sports figures in St. Louis from the past ten years? Let me just say picking four was as hard as picking a sandwich at LeGrand's Market.

In a post from 101.1 ESPN's Twitter account, which asked fans for their picks, I felt it was necessary to break down the reasons for which I chose the following: Yadier Molina, Alex Pietrangelo, Tom Stillman, and David Freese. A tweet doesn't do it justice, so allow me to state my case.

Okay, this one is a no brainer. When 2010 began, Molina was an important figure for the St. Louis Cardinals, but nowhere near the legend he's become today. It doesn't take more than a game-changing double or runner thrown out stealing these days for a fan to tweet or post about Molina's revered status. He's the one guy you don't touch in this town or risk being ran straight out of it. He was the backbone of the 2011 World Series title win and the 2013 World Series title contention, gathering nine Gold Gloves along the way with a bat that won't seem to die.

This past October, Molina returned the hand motion of Atlanta Braves' youngster Ronald Acuna Jr., mimicking a throat being slashed. Fans and media ate it up. Where else can an athlete get away with that? This much is known. If you think of STL sports and don't think of Molina's name, you're just wrong. He shows up to Blues' games and it's like the King walked into the building. He'll retire as one of the best catchers of all time and is a sure fire Hall of Famer. 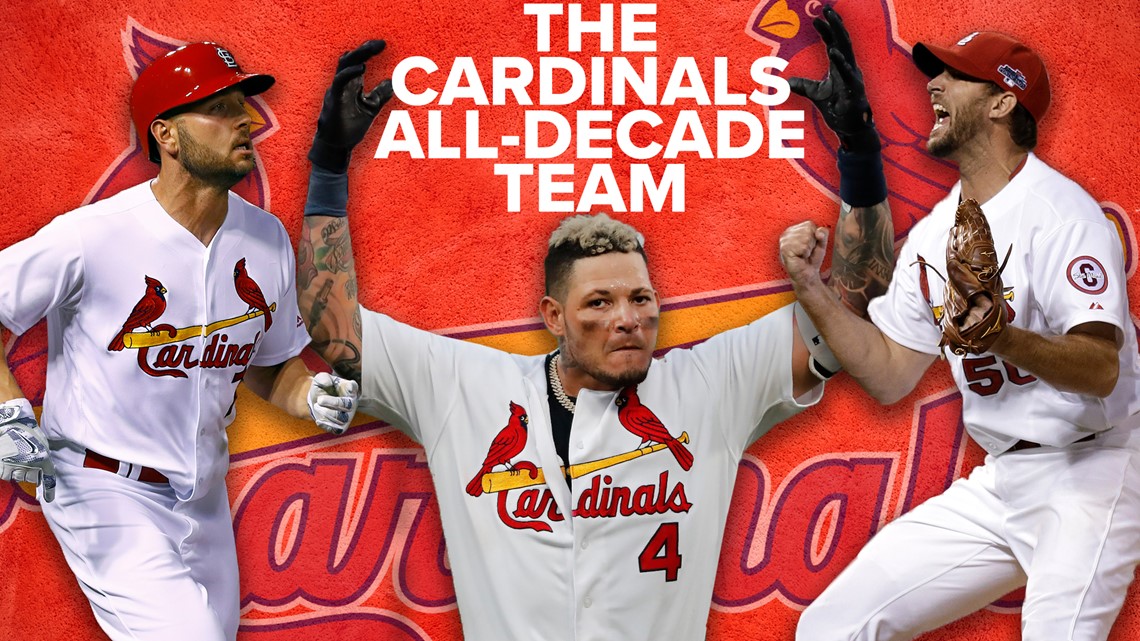 Here's our Cardinals 'All-Decade' team for the 2010's
ST. LOUIS - When the clock hits midnight on January 1, another decade will have come and gone. We've seen a lot of good baseball in St. Louis over the last ten years, but who would make up a Cardinals "All-Decade" team? That's what I've tried to figure out.

If Molina is king, Pietrangelo makes for a fine prince. He was a rock for the Blues before David Backes departed and handed down the Captain's patch to him, but his status and value have grown with each year. With aging defensemen like Jay Bouwmeester reaching the end of his playing days and youngsters like Vince Dunn coming along, you need a steady horse like Pietrangelo to keep things balanced. He plays the most minutes against the other team's deadliest talent and also gives a team around 10 games and 50 points per season. It's a crime he hasn't won the Norris Trophy yet, but at age 29, there's still time.

He was the underrated backbone of the team's Stanley Cup run. While Craig Berube and Jordan Binnington were getting kudos for their game-changing contributions, Pietrangelo was just down there doing his thing. The same thing he's done for years. It doesn't seem like ten years of service, but Pietrangelo has given the Blues an eternity of great service and yes, he's a gem off the ice as well. Try and find a more iconic image of 2019 than Petro raising the Cup above his head and screaming like a banshee. 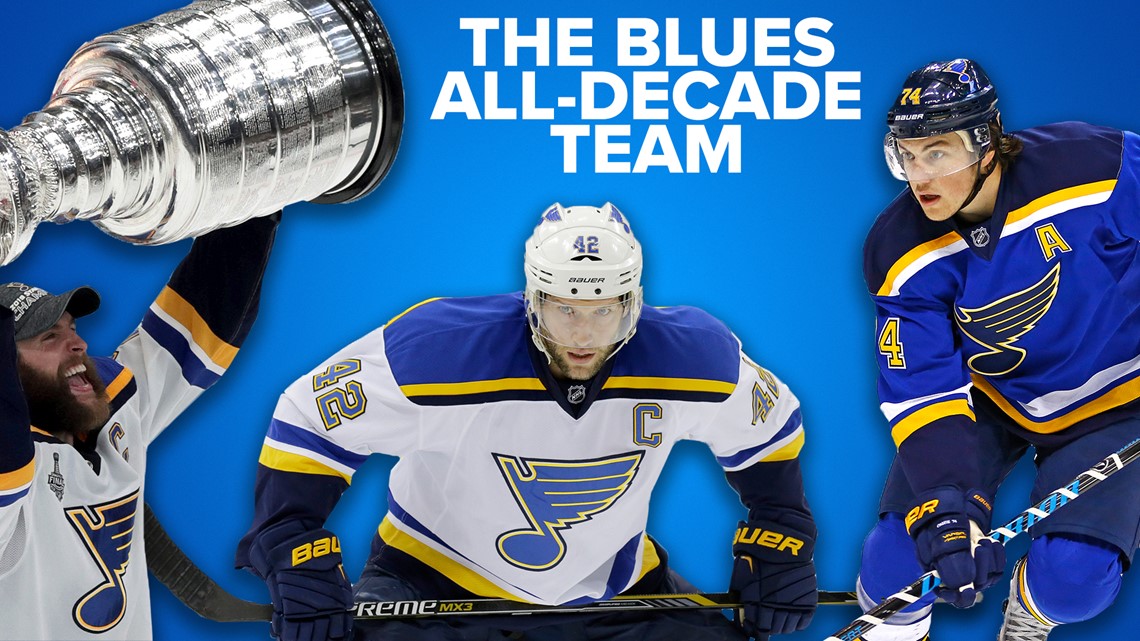 Building a Blues 'All-Decade Team' for the 2010's
ST. LOUIS - A Stanley Cup championship in 2019 was a pretty awesome cherry on top for an overall solid decade of St. Louis Blues hockey. In the nine full seasons that took place in the decade, the Blues made the playoffs in seven of them, and made it past the first round five times.

When the Blues and Blackhawks officials first gathered at Busch Stadium to announce the Winter Classic a few years ago, I caught Stillman walking into the gate and asked him what he wanted more than anything. Now that St. Louis was getting a great crossover event, what was next? The answer was easy: A Stanley Cup. Stillman made good on his promise on June 12. It wasn't easy. The Blues don't have loads of payroll room and cap space to play with. Stillman and Doug Armstrong have to work the margins and be savvy with their spending, but they've worked tirelessly together to construct a team that wasn't just strong enough for one Cup run, but possibly a few.

It helps that Stillman is genuine like Bill DeWitt Jr. but appreciates hockey like a fan. When Stan Kroenke was burning rubber-and tarnishing this city on the way out-Stillman was the embodiment of class. He gets mad-happy at home games, does the hard work behind the scenes, and backs up his word. A word that is precious in regards to the connection between sports owners and fans. Cheers to you, Tom.

It's quite simple. I don't think the Cardinals have an eleventh World Series title without Freese. It's not just the historic two-run triple over Nelson Cruz's head in Game 6. It's not just the game-winning home run later in that game. It's more than that. Don't forget about the two-run double in Game 7 against Texas to kick off the Cardinals' scoring. Don't forget about the big hits Freese gave St. Louis throughout those playoffs. He was the MVP in the NLCS against the Milwaukee Brewers, going 12-22 with six extra base hits. He won two MVP awards in one postseason. The fourth entry on this Mount Rushmore list wasn't easy.

You could say Freese is the Thomas Jefferson here, someone who people know is vital yet possibly pales in comparison to the others. I disagree. Freese was an overall force for the Cardinals during his short time here, but when the team needed a savior, he was it. When the Rangers were knocking on the doorstep of their first World Series title, Freese simply said no. A triple and a home run, coupled with the other damage, makes Freese an all-timer in this town. He left too soon, but boy did he leave a dent.

Who is on your St. Louis Sports Mount Rushmore of the Decade? 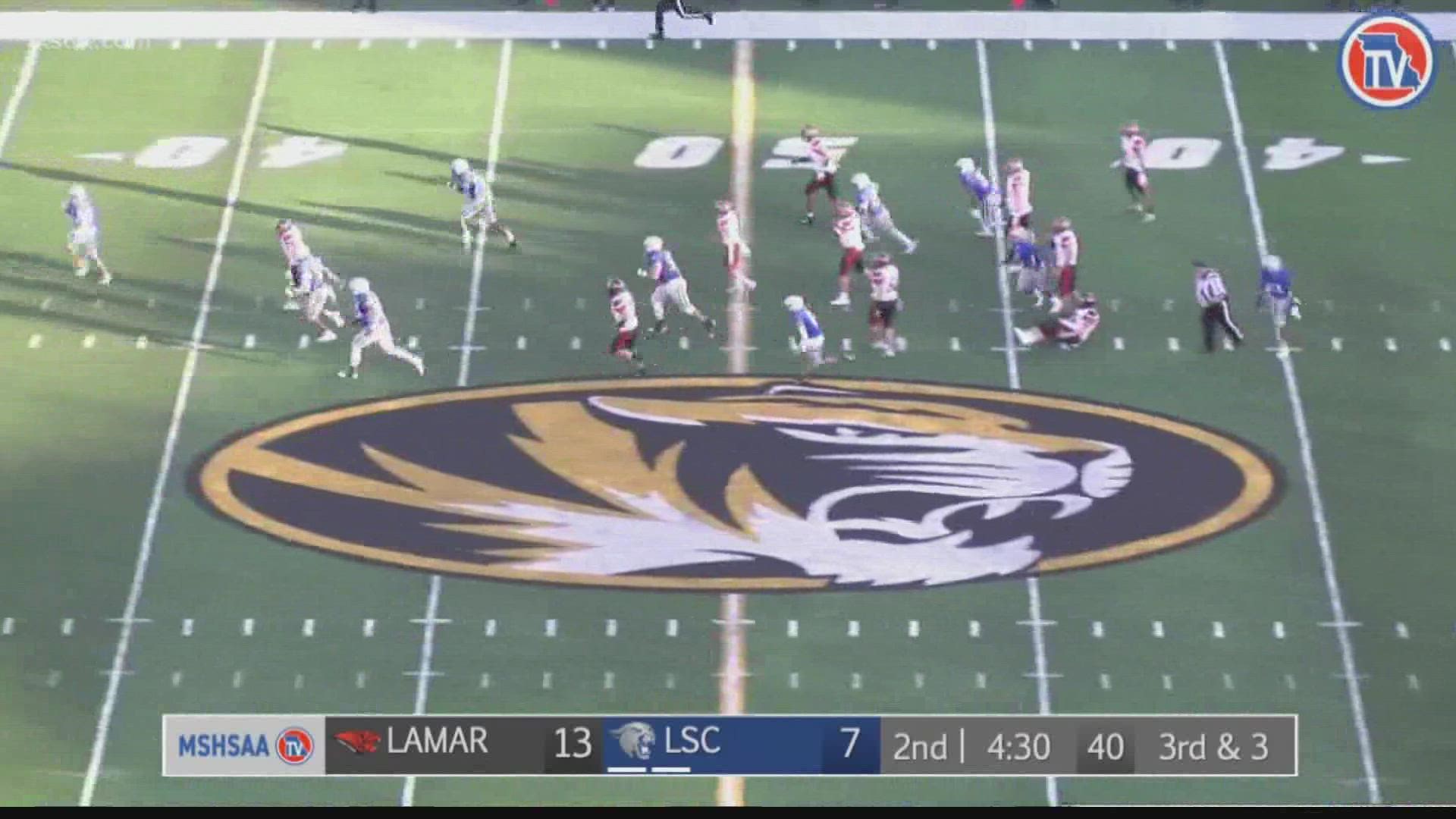