'Hopefully it’s where it can lead': St. Louis high schooler hoping to swim in 2024 Olympics

“I was watching Michael Phelps swimming a lot, and he was my idol. After I saw him I was like, ‘I really want to do that'" 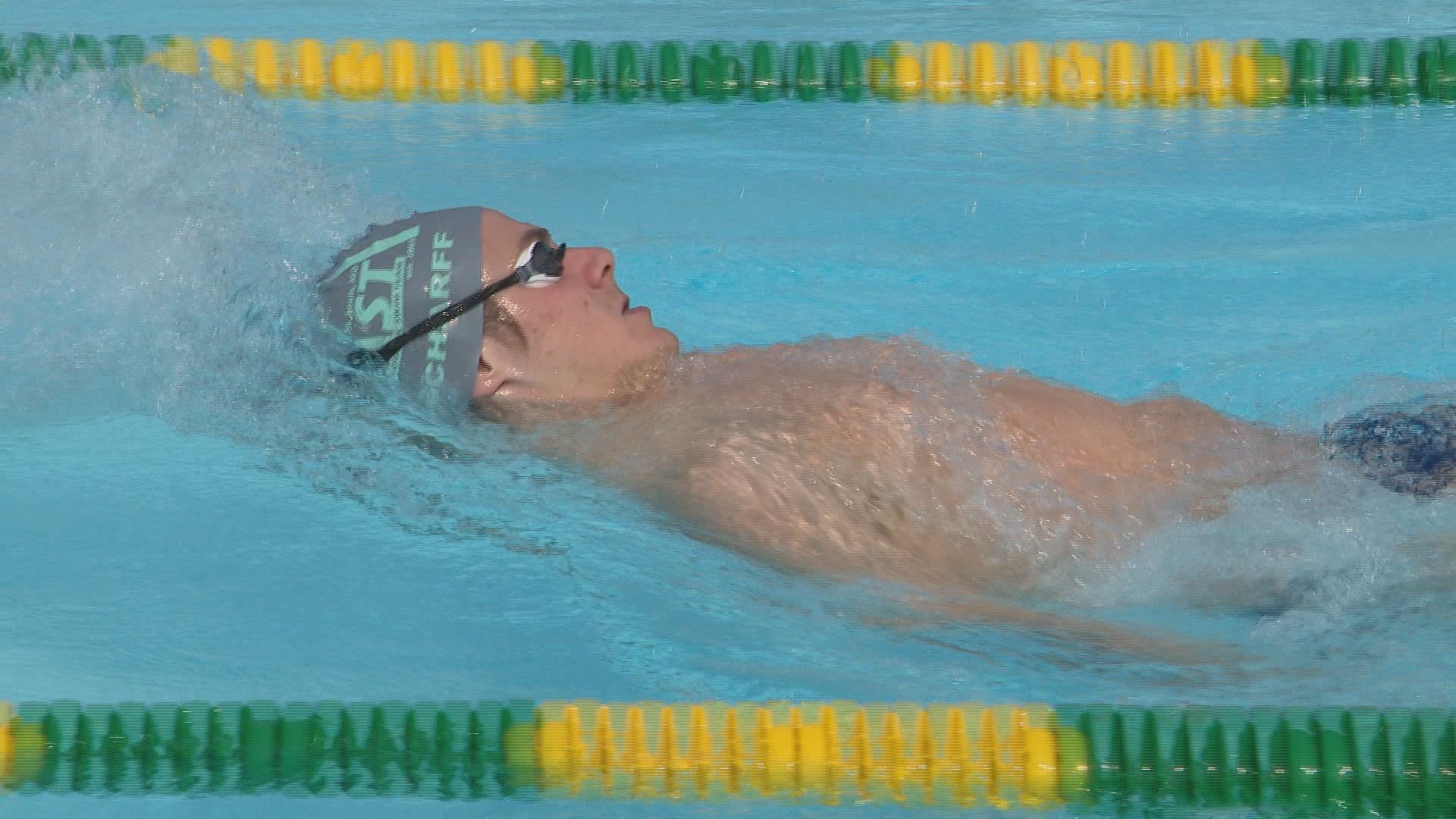 “When I first got into swimming I was watching the 2008 Olympics,” Scharff said. “And I was watching Michael Phelps swimming a lot, and he was my idol. After I saw him I was like, ‘I really want to do that.’”

Scharff joined the Flyer Aquatic Swim Team, commonly known as F.A.S.T., when he was 13 years old. F.A.S.T. is a USA Swimming club team in the St. Louis area.

Halliburton has coached two world-record holders and is one of only a few individuals who have coached at least one qualifier at each of the last 10 USA Olympic Trials.

He has coached more than 100 Missouri high school state champions and more than 50 swimmers who have been ranked in the top 16 in the United States in their age group.

He was the perfect match for Scharff’s style and talent level.

“I was excited,” Halliburton said. “This was a really tall, good swimmer’s body. I thought a really talented swimmer.”

In March, at just 17 years old, Scharff missed the Olympic Trials cutoff by four-tenths of a second in the 50m freestyle.

“I’ve had swimmers at each of the last 10 Olympic Trials,” Halliburton said. “I’m thinking Cooper for sure could be there next time.”

“I guess my end goal would be to make it to the Olympics,” Scharff said. “Olympic Trials at least. Olympic Trials Finals. But you know, I still have a while ahead of me, so it’s tough to see that far in the future, but hopefully it’s where it can lead.”

Halliburton added that Scharff reminds him of one of his former swimmers, Vianney High School graduate Nick Alexander.

The difference is that Halliburton believes Scharff is only scratching the surface.

RELATED: Every athlete with ties to the St. Louis area in the Tokyo Olympics

Scharff gets for more years to train for the chance to reach the Olympic Trials. He will do it with one mentality that led him to this point in his career, and may just get him to his dream.

“Being competitive and not wanting to lose,” Halliburton said. “His 100 meter back that he just won in Kansas; he was second or third at the 50 and you could just tell he was determined to win. So he’s getting better, and I expect big things from him.”

On July 2, Scharff verbally committed to swim at the University of Wisconsin in fall 2022.

For now, he will continue training with F.A.S.T. and St. Louis University High School.