Wiffleball heaven: St. Louis boasts one of longest-running and most unique leagues in the country

What began 19 seasons ago as a summer-long league between classmates has turned into a four-day weekend wiffleball marathon. And they have thought of every detail 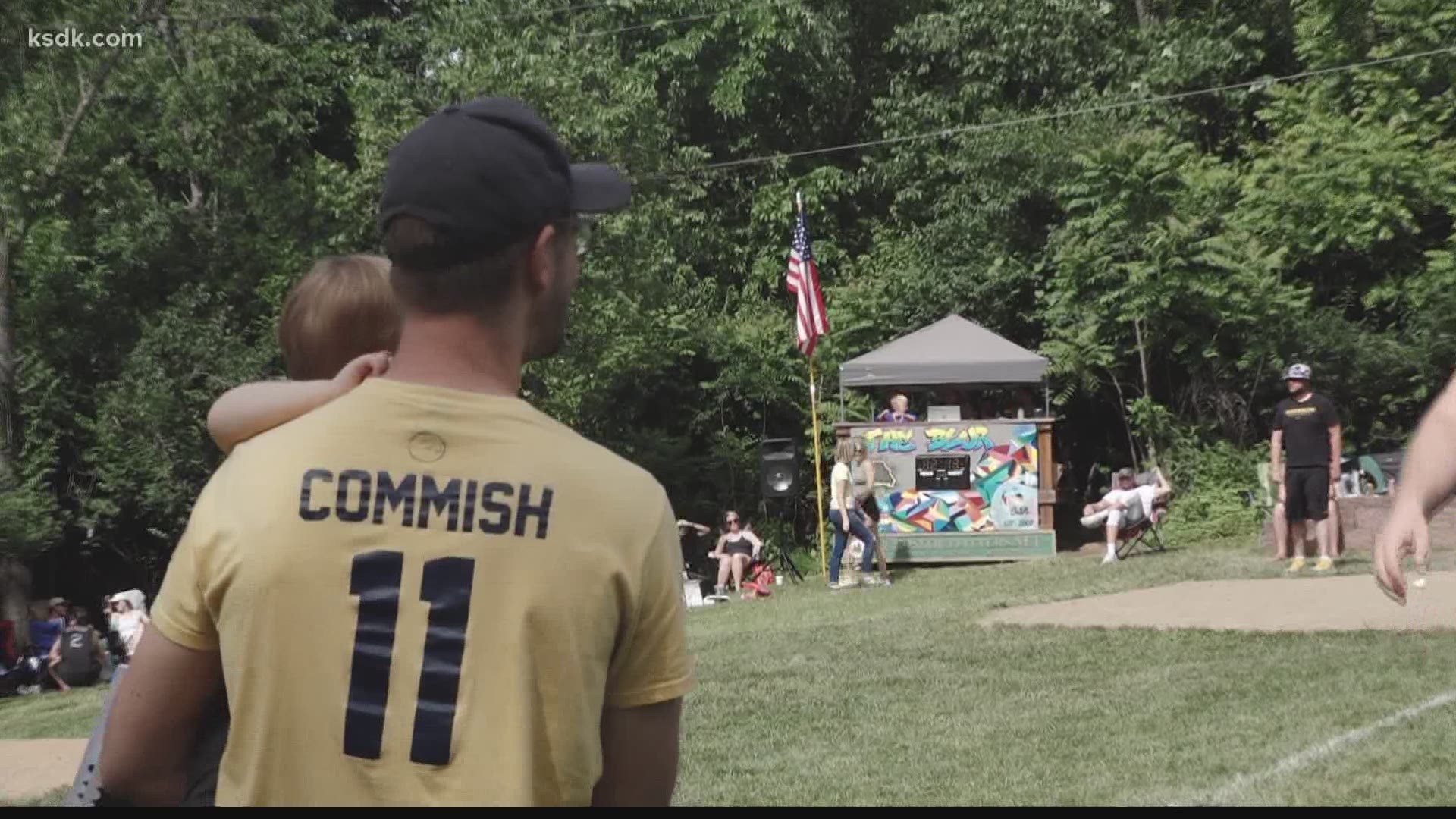 MANCHESTER, Mo. — Many of us have probably tried to start traditions at some point, right? But then life happens, things get in the way and those grand plans often fall to the wayside. However, for one group of native St. Louisans, the tradition of wiffleball is sacred. It's here to stay and the relationships bonded by the game have stood the test of time.

All it takes is one look at the field to know there's something special happening in the backyard of the Skibbe household in Manchester, Missouri.

"They started with the backstop as a lawn chair and progressed to this," owner of the house and head groundskeeper Kevin Skibbe said.

"This" is "The Blur," and it's St. Louis' wiffleball palace.

(Appropriately named "The Blur" as a tribute to the former family dog who used to run through wiffleball games in progress.)

And like any good wiffleball field, this one has its own unique ground rules. From the sloped outfield to the "Plinko" tree in right field, it can be an adventure out there. But there's no doubt the field takes precedent in the backyard.

“When we wanted to put the pool in we had to take into account to stay out of sacred ground," Kevin said.

Co-architect of this wiffleball mecca, Sam Skibbe, is a music teacher by trade, and wiffleball genius by passion.

“My first tattoo was the coordinates of home plate. So it’s been a huge part of our lives," Sam said. "And they (Sam's parents) can never sell this place. they’re going to have to pass it down to my brother or I... My significant other will say that there’s not a day that goes by where there’s not at least one little tidbit of conversation about wiffleball.”

But the magnificence of the venue is only topped by the league that calls it home for four days a year, with Sam at the head as the Skibbe Wiffleball League Commissioner.

What began 19 seasons ago as a summer-long league, has turned into a Memorial Day weekend wiffleball marathon. And they have thought of everything.

From live streams to detailed statistics, team uniforms, an all-star game, a home run derby, sponsors, trophies and a large online presence, they have it all.

There’s even a charitable side to all the wiffleball fun. This year the league raised more than $400 for St. Louis Operation Food Search.

At least when you strike out, you know you are supporting something special!

Thanks to @RubinBrown, all the players who struck out during #Season19 and to our anonymous donor to match as well!

“This is the only league you’ll find that does it like this," Sam said. "There have been some knockoffs here and there that have tried it, said ‘This is a lot of work and we’re moving on.’ But this is the only one in the country that does it like we do with a full regular season, and then playoffs and the full parts of the season put together (into a weekend).”

But for the players, the real prize of this league is the yearly reunion it creates between old friends, bringing players back that have scattered across the country as their lives progressed.

“This is a unique league. One, in that we all grew up together. Two, in that it’s stayed," SWBL veteran Scott Pohle said. "There’s a longevity to this. I think we’re one of the longest leagues, period, in the country.”

And now the tradition is getting passed down to a new generation.

“It’s truly transformed into a family atmosphere and not just a wiffleball league. It’s a little bit bigger than that. This is a vehicle that we use to come back together," Pohle said.

“We’re excited to see what happened this past year if we haven’t talked to somebody. We want to know about their lives, and then as we’ve gotten older the most fun thing to see is people getting married and having kids. And they bring the kids along. Each year it seems we’re adding to our kid population.”

It's a labor of love for the commissioner, but every Memorial Day weekend shows why it's all worth it.

“The 361 days leading up to it is tough, but those four days are what we live for," Sam said.