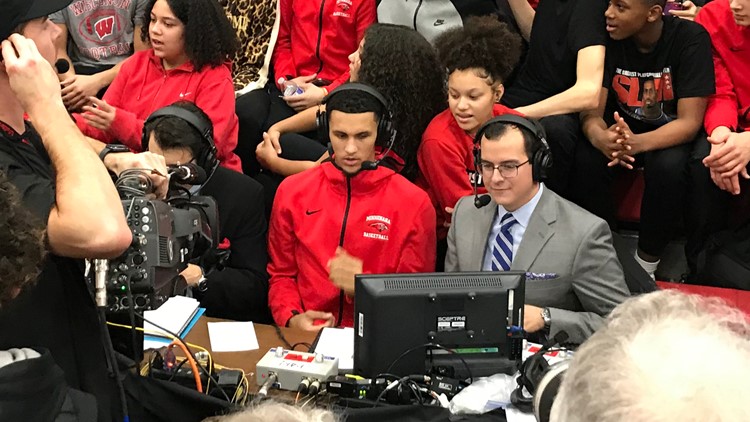 MINNEAPOLIS — Jalen Suggs has spoken — and it's Spokane.

The Minnehaha Academy star athlete announced before a national audience that he will play basketball at Gonzaga University in Spokane, Wash. next year.

The Bulldogs are currently the No. 1-ranked men's basketball team in the nation.

"From the day I started talking to the coaching staff and the minute I stepped out on campus, I kind of knew Gonzaga was the place for me," said Suggs. "It's like an extension from home — in so many ways replicates the Minnehaha community and the way that we work, which is a perfect transition for me."

Suggs' decision was featured nationally on ESPN2 at halftime of Friday night's matchup between Sierra Canyon (Chatsworth, Calif.) and The Patrick School (Hillside, N.J.) as part of the Redhawk Basketball Showcase at Minnehaha Academy. The event garnered such national attention, not only because of Suggs' decision, but also because Sierra Canyon features the sons of two NBA stars: LeBron James's son LeBron "Bronny" James, Jr., and Dwayne Wade 's son Zaire Wade.

"He used to come in a shoot when he was in first, second grade, and you could see that he was a special player, even at that time," said Minnehaha Academy boys basketball coach Lance Johnson.

Suggs is the second-ranked recruit in the nation at point guard by Rivals.com and had his choice to play at a number of different Division I schools. He was a standout prep football player, too. Suggs was named the 2019 Associated Press Player of the Year and earned a spot on this year's KARE 11 All-Metro team.

"That's going to be one of the hardest things that I have to say goodbye to," said Suggs of football. "I love football so much. It's been there for me since I was a little kid."

Suggs, who is the cousin of NFL star linebacker Terrell Suggs, helped lead Minnehaha Academy to three straight state Class AA titles in boys basketball. The Redhawks are also the top-ranked team in the state, according to the most recent poll by the Associated Press.