The 'Greatest Show On Turf' reunites

The team that brought St. Louis a Super Bowl Championship proved this past weekend that memories never fade for the "Greatest Show on Turf". 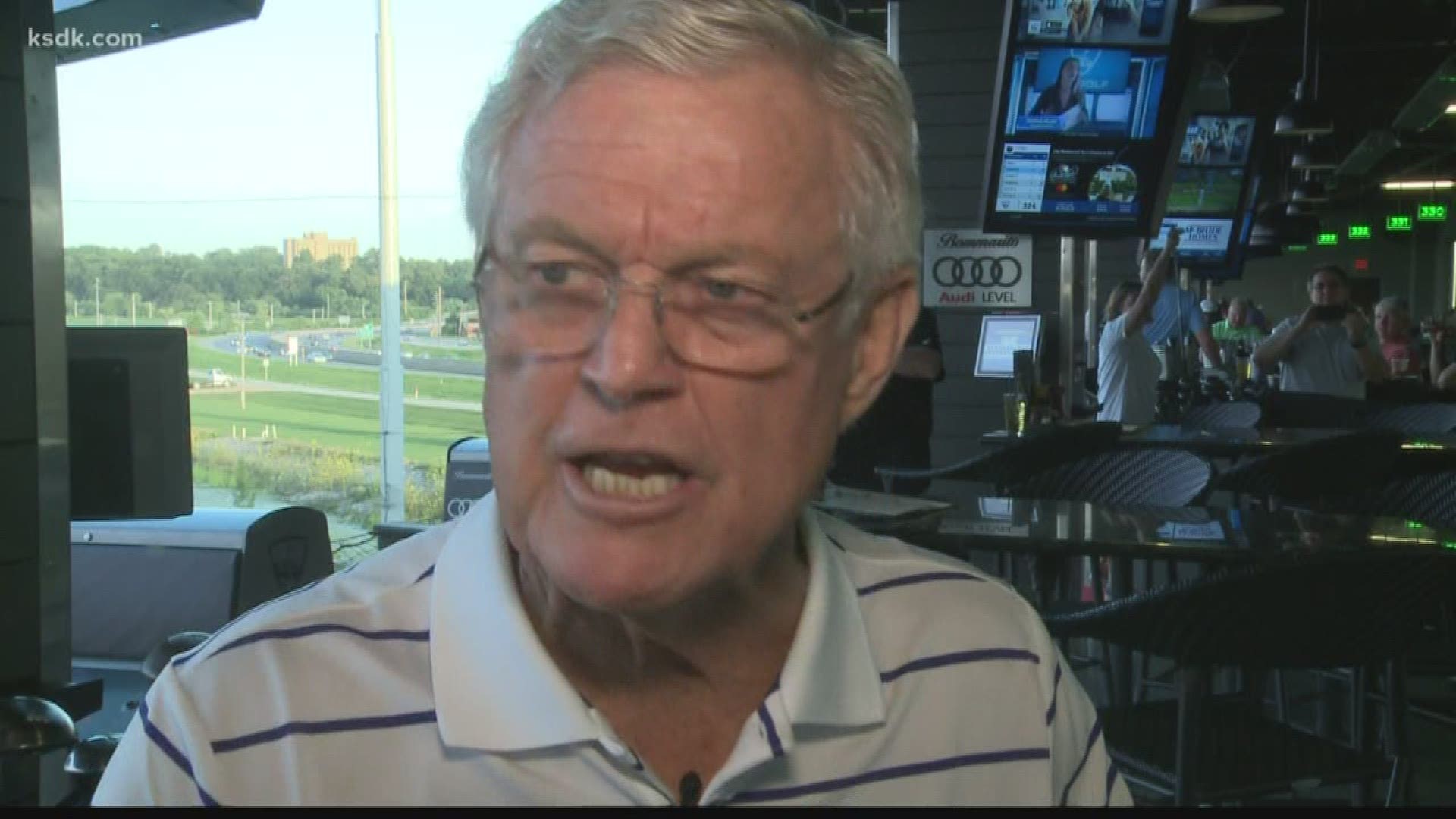 ST. LOUIS — St. Louis might not be home to NFL football any longer, but the Super Bowl XXXIV championship the Rams brought to our town can never be taken away.

Some of the members of that 1999-2000 "Greatest Show on Turf" team were back in town this past weekend for a 20 year reunion, organized by Isaac Bruce at TopGolf in Chesterfield.

Bruce, wide receiver Torry Holt, head coach Dick Vermeil, tackle Orlando Pace, tight end Ernie Conwell and guard Adam Timmerman were among some of the Rams back in town for the reunion.

"I love seeing them as mature men. Family members, husbands and raising their families. That's really exciting to me," Vermeil said. "I knew them all as what I still call kids. And I still think of them as kids, but they're not kids any more. I've stayed in touch with a lot of them so now it's fun to come and see them."

It may have been 20 years since the "Greatest Show on Turf" set out on their storybook season, but the memories are always top of mind for the guys who lived through it.

"It's always good. Though we're not around each other as much as we would like, once we get back around each other it's like we didn't miss a beat," Holt said. "All the stories, catching up with each other and just a genuine care for one another just makes the environment very loving and joyous."

RELATED: Packers-Bears kick-off 100th NFL season tonight on 5 On Your Side