'I absolutely loved what I did': The 'Million Dollar Man' Ted DiBiase reflects on a life in the ring

He became one of the greatest "heels" in wrestling history. The "Million Dollar Man" loved what he did, but Ted DiBiase's life is different nowadays 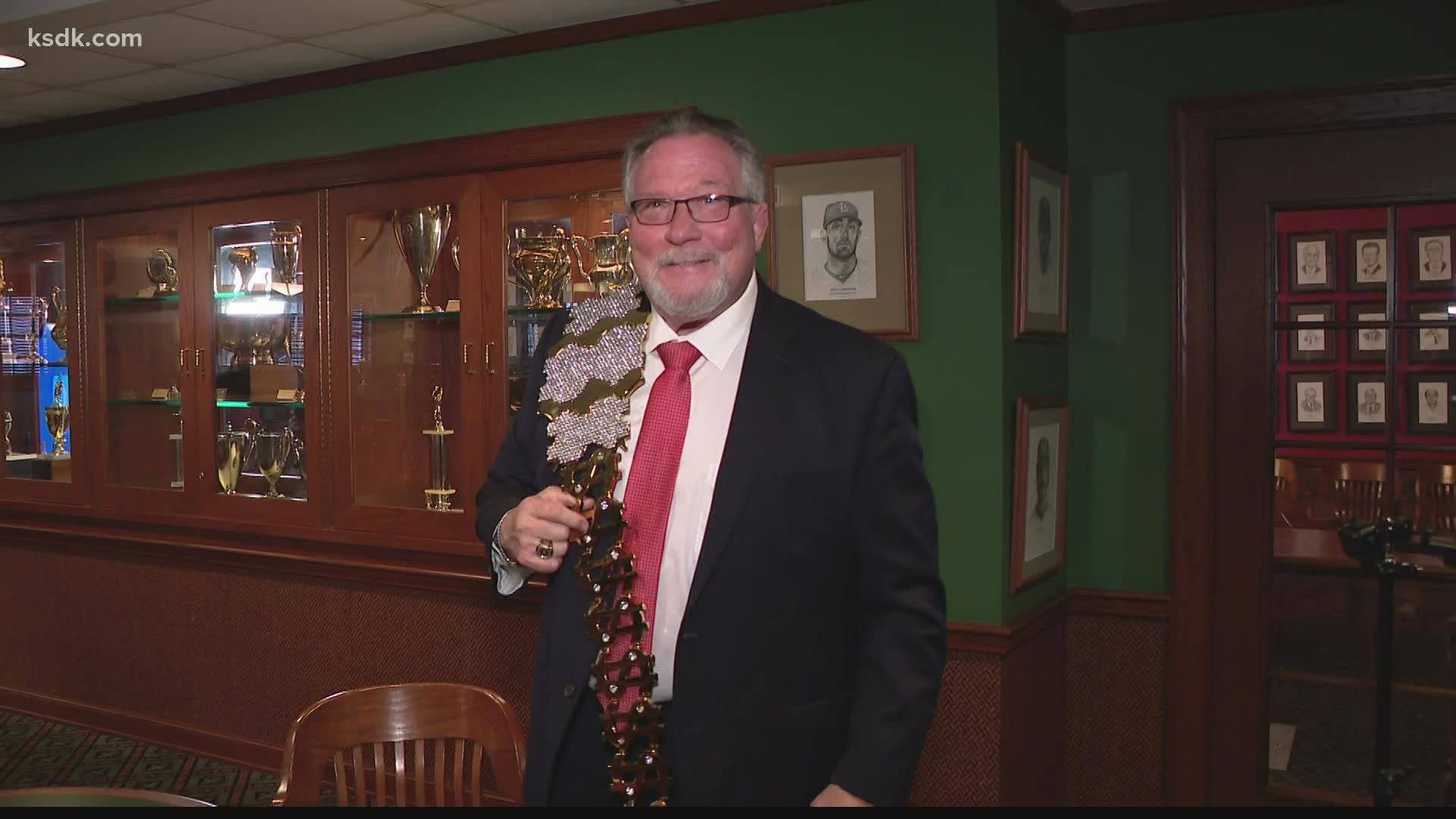 ST. LOUIS — Ted DiBiase still draws a crowd. You don't have to be a wrestling fan to have heard of the "Million Dollar Man".

DiBiase appeared at the Missouri Athletic Club's wrestling night and had some stories to tell.

From days in St. Louis appearing at "Wrestling at the Chase", to becoming a worldwide start, DiBiase has seen a little bit of everything.

But where did his persona of the "Million Dollar Man" come from? It turns out DiBiase thinks his character was molded in the vision of what WWE founder Vince McMahon would have portrayed had he wrestled.

"He (McMahon) said the one thing everybody hates is someone who by virtue of their wealth thinks they're better than everybody. They bully people with their wealth. And I sat there and started laughing and said, 'I can't stand guys like that myself.' But that was the essence of the character," DiBiase told 5 On Your Side's Frank Cusumano.

DiBiase was known for stunts where he'd offer members of the crowd money to do certain tasks.

One memorable stunt occurred in the late 1980's when DiBiase offered a young boy $500 to dribble a basketball 15 times. On the 14th dribble, DiBiase kicked the ball out from the boy saying, "When you don't do the job right you don't get paid."

"Years later I'm actually in Omaha and I'm renting the car and this guy taps me on the shoulder and I turn around and I'm looking at his chest. And I go, 'Wow'.  And he goes, 'Hey Mr. DiBiase I'm the manager here can I help you find a car?' And I said, 'Sure, find something that will fit both of us.' And he said, 'I'll be happy to. By the way do you remember the thing you did with the kid and the basketball?' And it was just the expression on his face," DiBiase said. "And I went, 'No....' And he said, 'Nice to see you again.' It was him!"

DiBiase's "Million Dollar Man" persona made him one of the most hated heels in wrestling, and the fans wouldn't let him forget it.

RELATED: 'This was my home. I lived and died to be in St. Louis': Ric Flair fires up the crowd at NWA event at Chase Park Plaza

"I was wrestling Hacksaw Jim Duggan and I rolled out of the ring and I backed up to the barricade. And all of a sudden there was a searing pain in my right buttock. And I turned around like I was getting ready to nail somebody and there was a little old lady who stuck me in rear end with a hat pin about that long," DiBiase said. "Then it was about all I could do to keep from busting out laughing."

Living the life of a professional wrestler took a toll on DiBiase's personal life and marriage, including instances of infidelity. Over two decades ago DiBiase became a devout Christian and is an ordained minister.

His wife was skeptical of his change in lifestyle at first.

"She said, 'I'm just not sure I'm strong enough to do this. I might last a week or a month or I might make it. But I can't make you a promise.' I looked at her and said, 'I'll become the man you thought you married, I'll become a man of integrity and strong character and God-willing one day regain your trust and respect.' This New Year's Eve we'll be married 40 years," DiBiase said.

But looking back, DiBiase knows he was a man who loved what he did in the ring.