The Thames family is bonded by the family business of basketball

Kelly Thames was a high school star who made headlines at the University of Missouri. Now his son, Kellen, is showing he might be even better than dad was 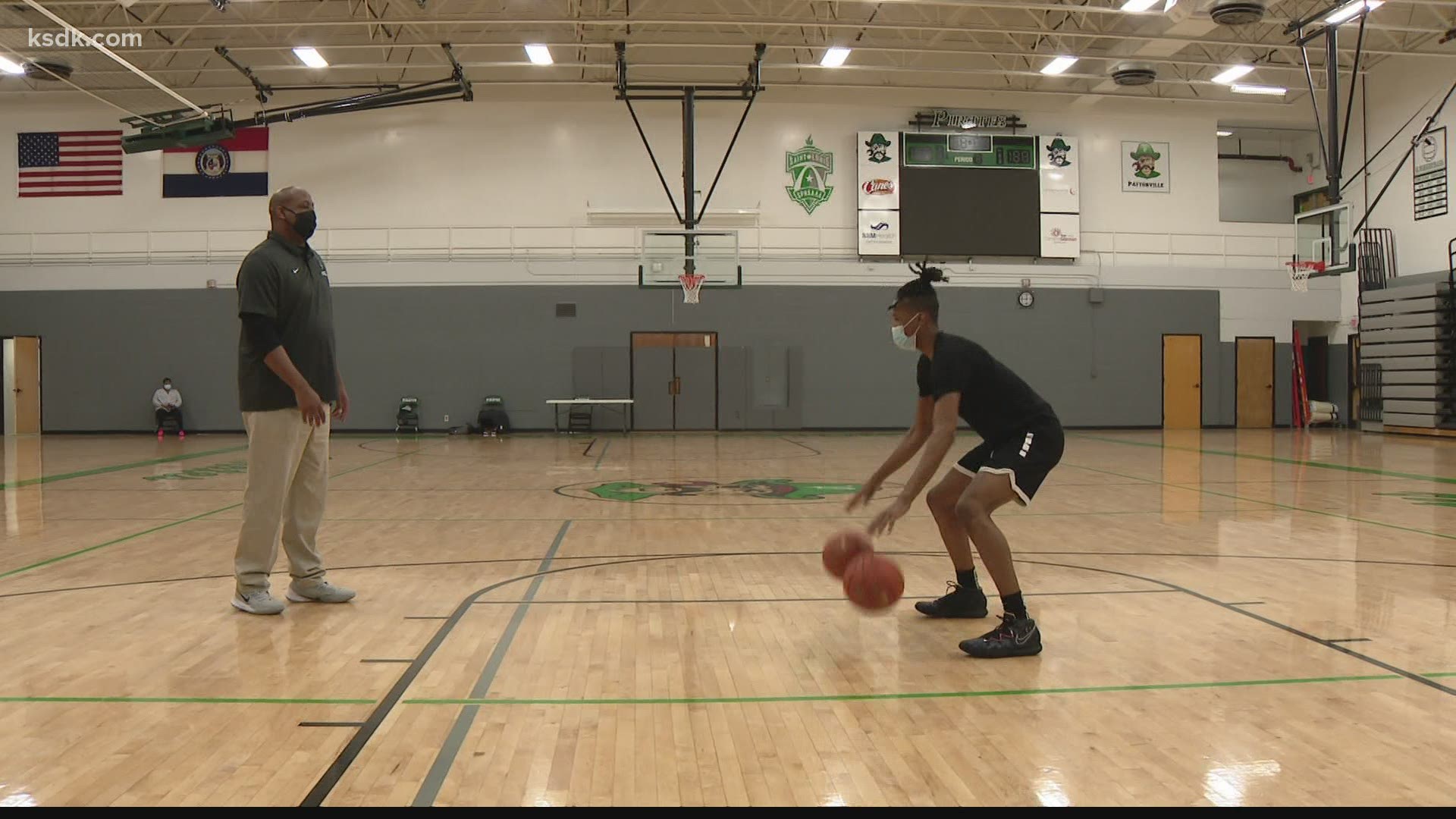 Kelly was an unbelievable player in high school at Jennings, and then was being compared to Scottie Pippen during his freshman year at Mizzou.

It was Sept. 26, 1994. Kelly was running sprints before his sophomore season when he tore his posterior cruciate ligament in his right knee.

He no longer had his explosive 40-inch vertical jump but still managed to score 1,600 points in college.

But there's always the thought of, "What if?"

Now, it's a new Thames looking to make a name in the family basketball business, too.

Kelly's son Kellen is a sensational junior for his head coach father at Pattonville and can do just about everything on the court.

The 6-foot-5 junior guard who averaged almost 19 points a game as a sophomore has the look of a prospect who's about to explode onto the scene.

And he's not lacking the desire to be the best.

"It's everything. It's what I work for, what I want to become. I want to reach my top potential. I want to see what I can do with this and see how good I can really be. So being great is all I can hope for," Kellen said.

And Kellen knows it's his dad who can help take him to that next level.

For Kelly, seeing his son excel at something they both love is about as much as a parent can ask for.

"It's a dream come true. If you have children you always want them to do something that they love to do. And fortunately Kellen loves to play the game of basketball," Kelly said. "He's very passionate in his work ethic. And it's just a joy to see him play and put the work in and it's starting to pay off."